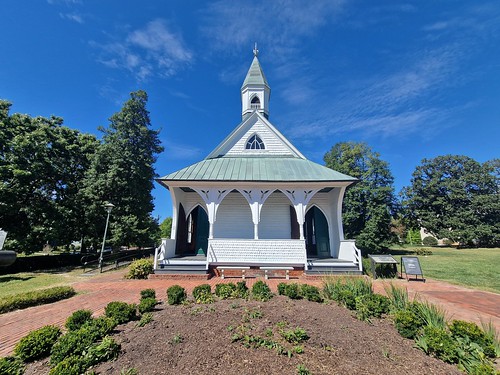 The Confederate Memorial Chapel was built in 1887 and the architect was Marion J Dimmock. It was designed to be the place of worship for those in the RE Lee Camp Confederate Soldiers’ Home which was for those involved in the Civil War who had no other means of financial support. There were 1,700 funeral services here over the decades after each former soldier passed away, with the home not closing until 1941 when the last veteran died. That must have been an odd arrangement for him, especially if he had attended the other 1,700 funeral services with the number of attendees no doubt continuing to decline over the years. 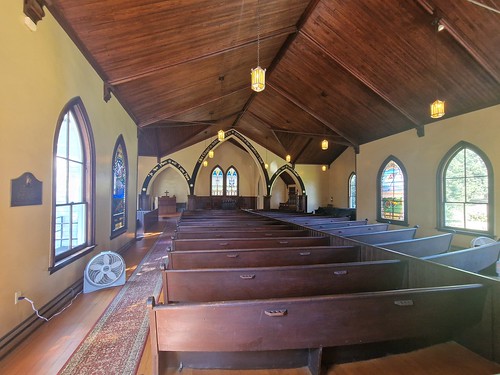 The interior of the church, which was saved from the demolition of the rest of the complex in the 1940s and was restored in the 1960s. The church was originally constructed by Joseph Wingfield and it was funded by donations from Civil War survivors. 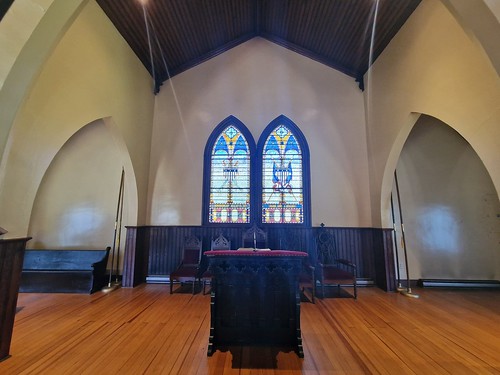 The altar which is all quite basic, with the church having two aisles. 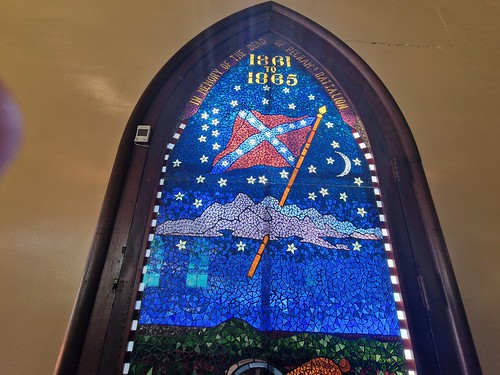 Some of the stained glass in the church which dates to the late nineteenth century. I like that the building has been kept and it’s now in the grounds of the Virginia Museum of Fine Arts, so it gets a fair number of visitors from there who are wandering around the grounds. 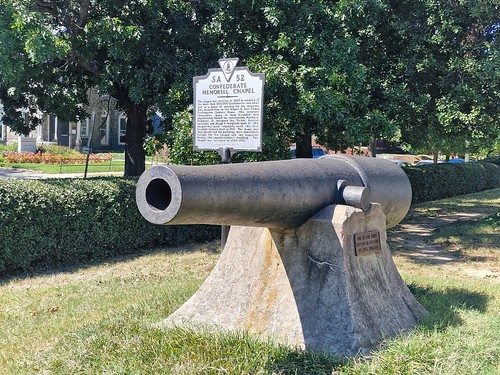 And a reminder of the military connection.