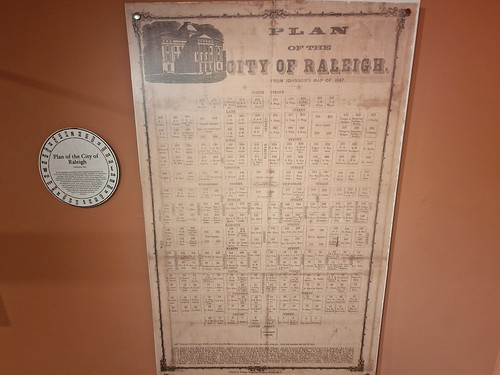 Just to continue the theme following my post of the 1797 map of Raleigh. There was a large fire in the city in 1831, but the grid system was retained as buildings and structures were rebuilt. As some additional background, I was becoming conscious that I was faffing around in this museum when I should have been heading to the railway station (Raleigh didn’t get its first railway station until 1890 incidentally, so it’s not on the above map), such is my interest in maps and the evolution of cities. I accept, once again, that I should probably get out more….