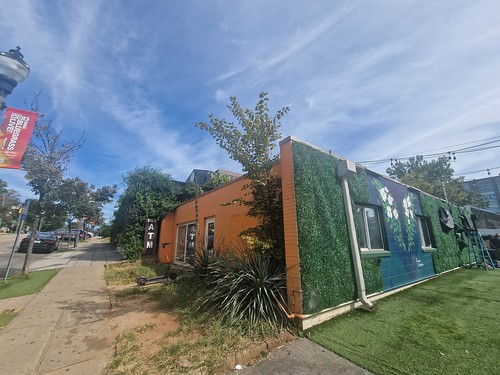 I had been looking forwards to visiting this bar as it was once the home of the most beers on tap in the world. I only discovered a few days later that it was their sister pub in Charlotte who had recently overtaken them and so I of course visited there too, but more about that in a future post. Anyway, this is Raleigh Beer Garden and it has something like 350 beers on tap, which I’d say is a very reasonable number indeed. 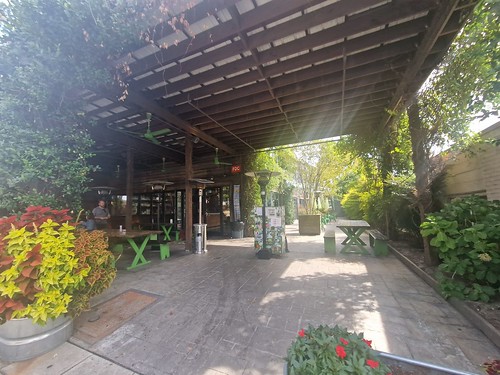 I thought that the outside space looked big, but I was to soon realise that the interior was also cavernous. 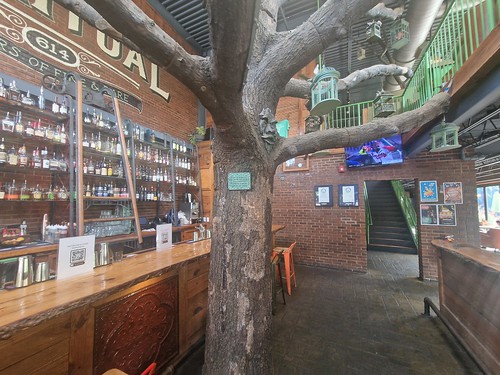 Every bar needs a tree in it. I got a bit muddled up here as I went to the bar to order, but a helpful team member quickly explained that this was just the spirits bar, the two beers bars were located further back in the building. 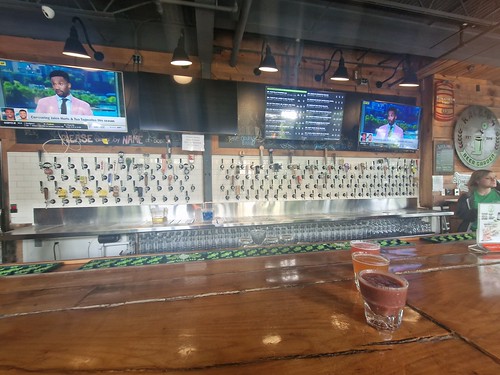 The downstairs bar and I was pleased that there were power outlets available at the bar itself, as I had somewhat depleted my phone battery by taking endless photos from the three museums I had visited earlier on during the day. This is the local beers bar. The beer list is on Untappd, which I’d say is essential for a venue such as this, making it easy for me to see what was available. Realistically, customers are going to need to use their phone to see the on-line or Untapped menus, as it’s too hard to make out the individual beers from their taps. 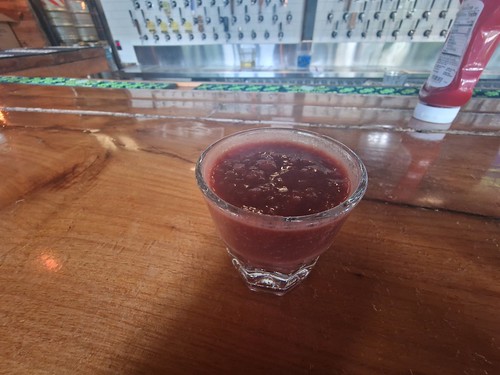 I had five beers and they ranged from outstanding to near perfection. This was the first that I tried, the Forget About the World from Casita Brewing of Wilson, North Carolina. Can you quite imagine a beer that could be nearer to a smoothie if it tried? Pure decadence, tastes of blackcurrant, raspberry and a bit of hedge (I don’t know what hedge tastes like, but it just reminded me of the outdoors). 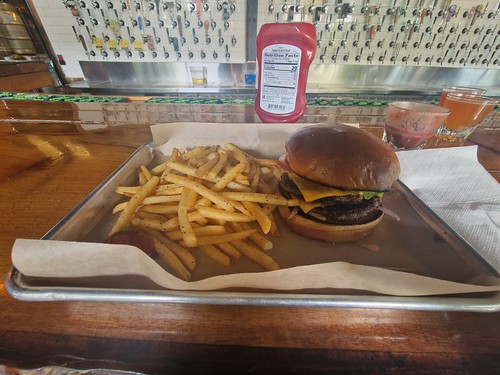 And I thought that I’d better order some burger and fries to go with it, reasonably priced given this was at the peak of the Liz Truss and Kwasi Kwarteng failed budget when the pound was in freefall. Tasty and meaty beef and plenty of fries, all very acceptable. Incidentally, note in the background just how thick that smoothie beer was. 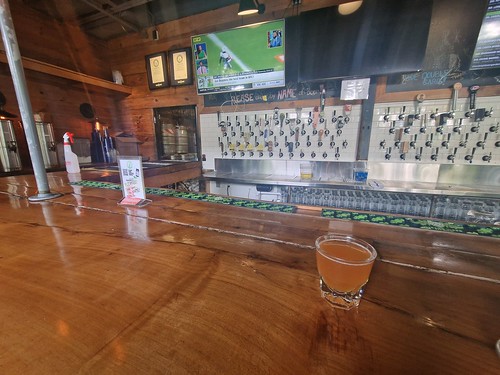 This hovered at the 5/5 level on Untappd for me, a cheesecake dessert beer with flavours of banana and raspberry. Just pure decadence. I was by now loving this bar, with the server being on top form in terms of friendliness, engagement and beer knowledge. 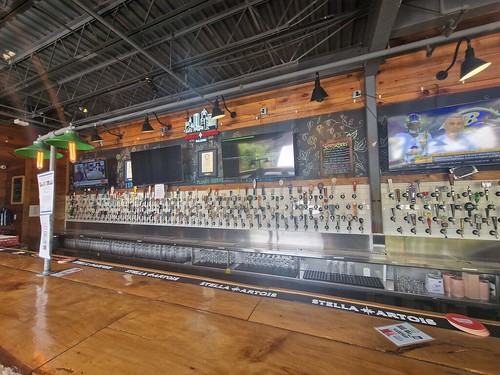 This is the upstairs bar which has the beers from further afield in the United States and beyond. Incidentally, it must be a challenge for the staff to ascertain exactly what beers they’re pouring and from where, although my server had no issues. 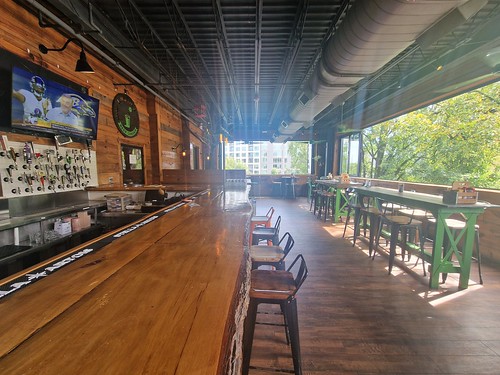 The seating overlooked the garden and it was beautifully cool, with both shady and hot spots available depending on what the customer preferred. 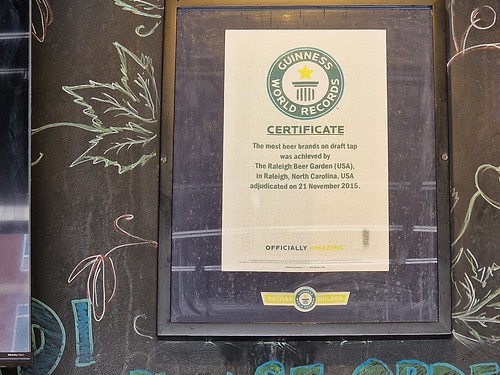 And evidence of their world record status. 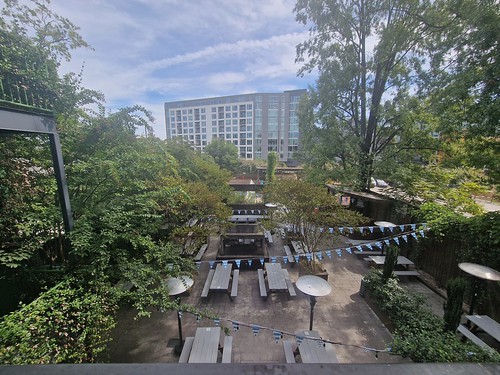 A bit more of their beer garden and I’ve noticed reviews which say that the venue can reach capacity. This is certainly one popular location. 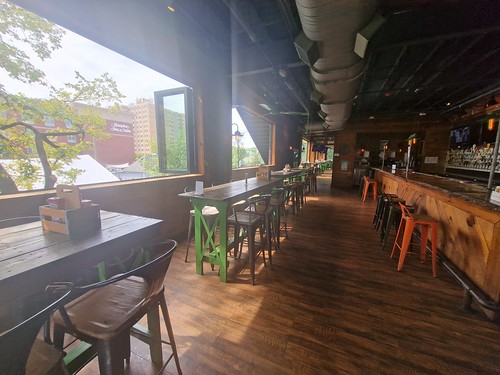 Looking back down the upstairs bar. 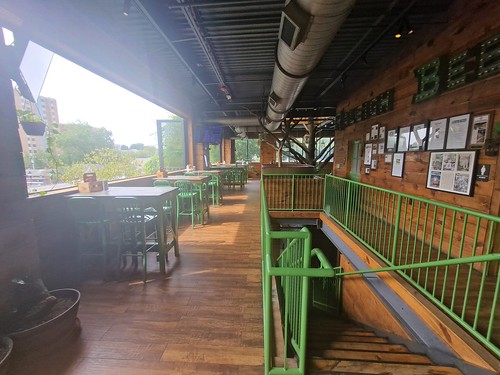 More of the upstairs space. 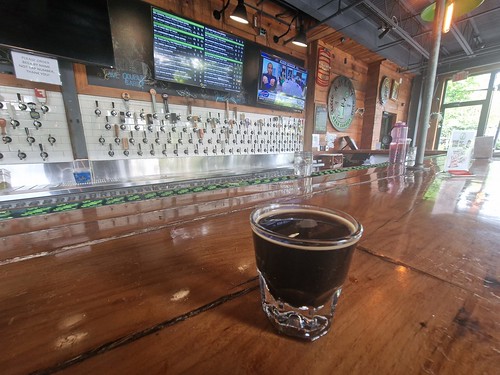 And my fifth and final beer, an incredible marshmallow and coconut imperial stout. These are some of my favourite flavours in a beer and the Prairie Artisan Ales brewery from Krebs, Oklahoma didn’t let me down here. It was 13.3% ABV, but it hardly tasted of alcohol, it was as smooth as you could want a stout to be. This was certainly going to set me up for the rest of the day.

The reviews of this venue are generally very positive, although a few people thought that it was all a bit complex in terms of the ordering process. I do get that, as anyone who knows nothing about beer is going to be overwhelmed by options and if it’s busy, I can imagine it’s hard for the staff to spend a lot of time engaging and guiding customers through the menu. I like this review though:

“Looking at the menu with my friend, after seeing a refreshing Miller Lite on tap, I asked for it, and you would have thought a nuclear warhead went off…the bartender upstairs not only looked at me, said verbatim “NO.””

It’s important not to sneer about what beers people like, but I am just a little surprised that anyone can peruse the 350 beer options and decide that they want a bloody Miller Lite. Anyway, that’s slightly ungracious of me and Miller Lite does have its place. Although I won’t say where.

All told, this was an superlative bar in many meanings of the word. The service was welcoming, pro-active and engaging, the beer choice was clearly incredible, the food was excellent and the knowledge and enthusiasm of the team members was evident. The venue was thoughtfully laid out, it was spotlessly clean and I wish this was located just a little bit nearer to me as I would happily become a regular here. On-trend and glorious, anyone who likes beer and is anywhere near Raleigh should pop in.