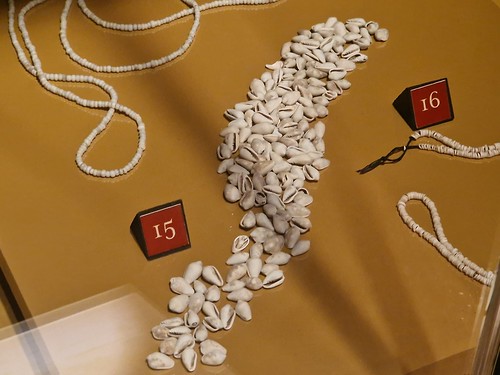 Continuing on my theme of underselling the post with the title, these are Marginella shells which were used in trade by native Americans, with these ones dating from between 1711 and 1713. They can date this so accurately due to the Tuscarora War, when the Tuscarora people were thrown off their lands by European settlers and I think that these were used as grave goods. This falls into the category of museum exhibit which particularly interested me because of their heritage and how important they would have been to someone at the time. It’s also firmly in the middle of the period of when North Carolina was an English colony, which was between 1653 and 1776.