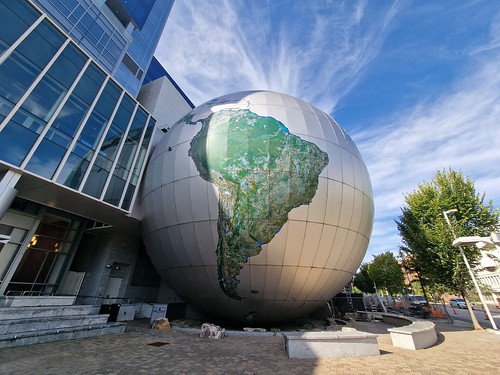 Not only does Raleigh have the bar with the second highest number of draft beers available in the world, it also has the second largest earth on earth (the largest is in New York) as they call it. The globe is known as the SECU Daily Planet and it’s 70 feet in width, another sign that the Americans do things bigger if nothing else. 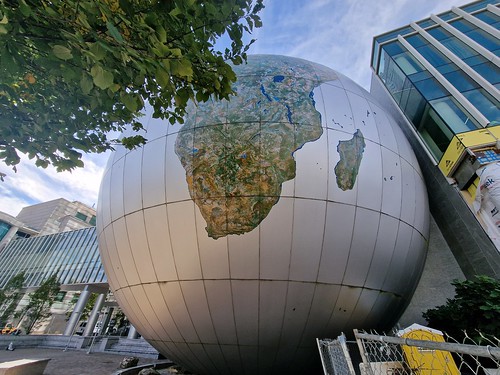 It’s part of the North Carolina Museum of Natural Sciences and they decided to plonk it here in 2012. It’s not just decorative either, inside is a theatre which they use for educational performances. The construction wasn’t entirely easy, they needed to use vinyl roll on 217 panels with the image on the globe being 60GB in size. 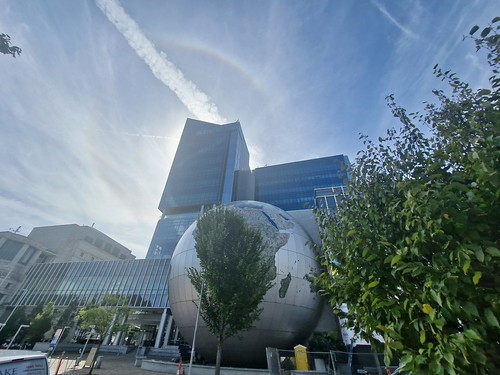 Suitably impressive and apparently it’s often lit up at night, although I had a train to catch later that afternoon so had no way of proving that either way.