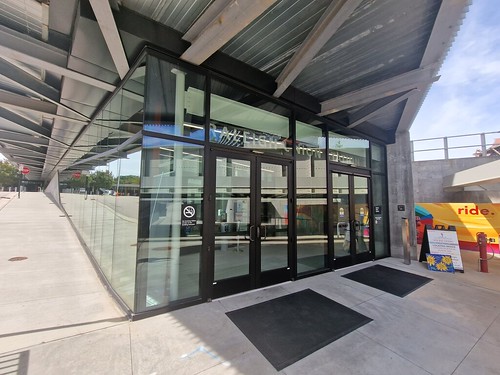 After visiting four museums and one of the largest bars in the world, it was time to leave Raleigh after just a brief visit. It’s fair to say that spending under 24 hours in the city clearly wasn’t enough, I very much liked Raleigh and would merrily go again.

Raleigh’s first railway station was built in 1890, relatively late by European standards for a city of its size. This building is new, opened in 2018, taking the name Union Station as a nod to the original Union Depot building. 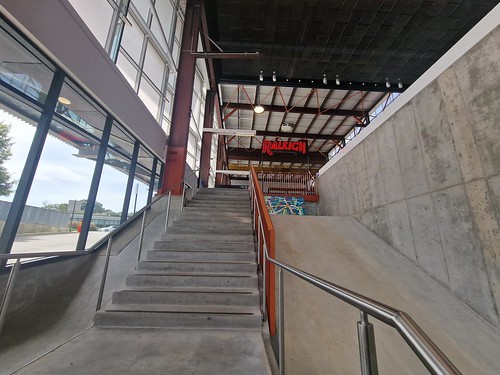 There seem to be numerous levels in the building, but there are a number of lifts for those who don’t or can’t traipse up and down all the steps. 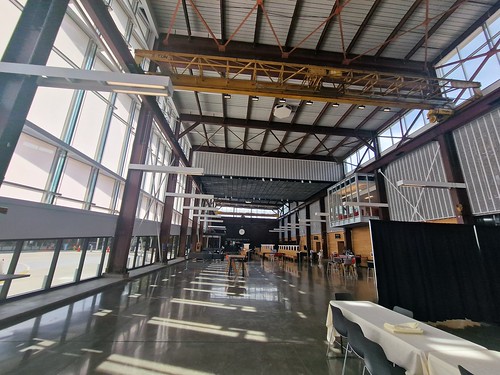 In the background is the traditional tall back Amtrak seating, with the railway station being a multi-functional building that they can hire out as required. They’re very good at creating railway stations with event space to help mitigate the costs of running the building, it seems a decent plan for the future. 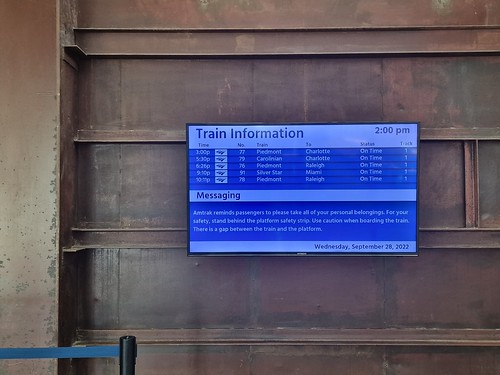 Mine was the 15:00 Piedmont train departure, which I cut incredibly fine by my standards by arriving just one hour early. 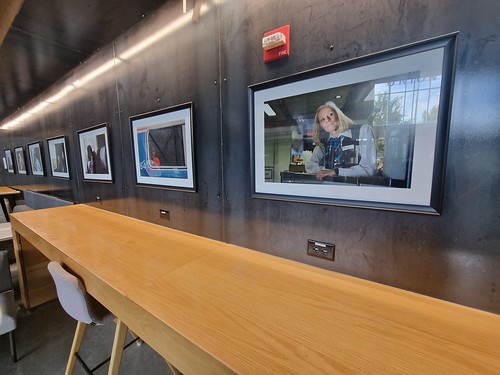 This was very handy, I could charge my devices and also use Amtrak’s very fast wi-fi (their web-site says they don’t have wi-fi here, but they absolutely do) to upload hundreds of photos. I thought that it was a thoughtfully designed railway station, modern and functional. 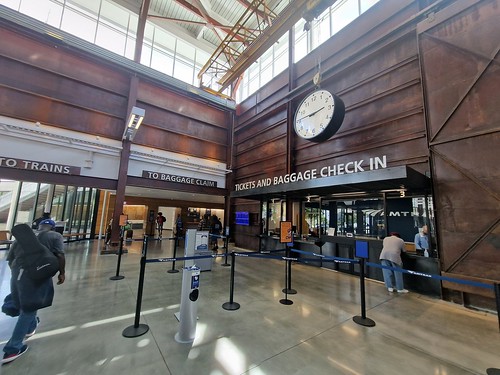 Many railway stations in the United States don’t allow access to the platforms until just before the train is due, so passengers wait in the main hall to be called. In the background the Amtrak staff member is visible guiding passengers, whilst I was faffing about uploading the last of my photos onto Flickr…. It was time to board the train to go to Charlotte, my next stop in North Carolina.