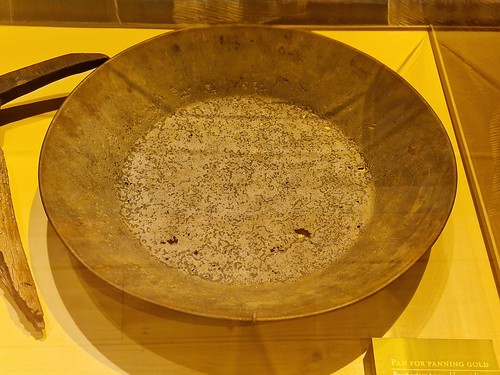 This is another subject that I haven’t much thought about, but I had rather assumed gold panning in the United States took place further to the west than the state of North Carolina (and that isn’t entirely stupid to be fair, the state of Nevada is the biggest gold mining area now in the US). However, gold mining was an important industry in the early United States and this pan dates to the early twentieth century and was used to, well, pan for gold.

Indeed, North Carolina was also the location where the first documented commercial gold find was made, at Reed Gold Mine in 1799. The finder of the gold, Conrad Reed, had no idea what he had found and used his lovely 17 pound yellow rock as a doorstop for a number of years, before realising it might be worth something and getting $3.50 for it. It was worth $3,600 even at the time, so someone did well out of that little exercise. The family didn’t lose out though, they made a fortune over the next few decades from the gold mine that was plonked down on their land.

That gold mine is a tourist location now, but another thing that I found interesting is that individual can still pan for gold in the National Parks of North Carolina. Might be a useful way of funding another trip to the United States….. 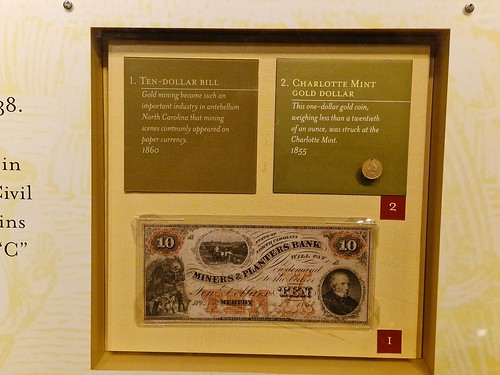 A coin made at the Charlotte Mint using gold that had been mined in North Carolina, alongside an old banknote from the Miners and Planters Bank.