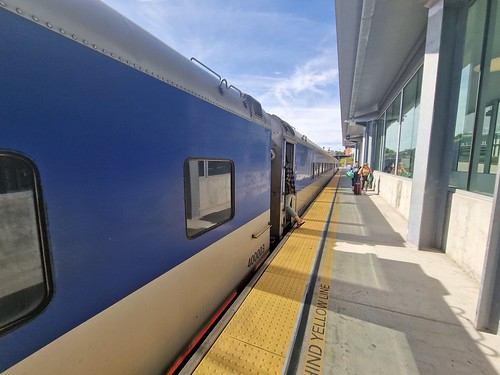 After being suitably recharged in digital and technological form at Raleigh railway station, the Amtrak train to Charlotte arrived on time. 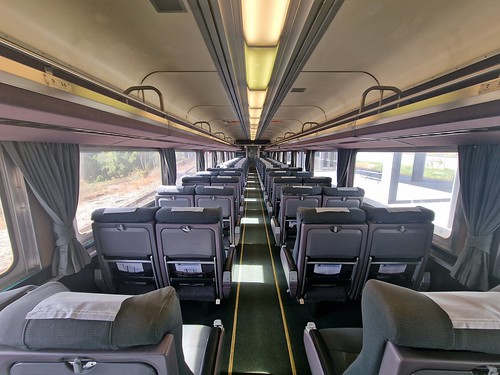 I have to comment on the ridiculous amount of space available in coach on these Amtrak trains, with plenty of space to use a laptop and not annoy anyone who might be sitting in the next seat. I took this photo just before I disembarked, it was busier than this although there was still plenty of space and less than half filled. The power worked, the w-fi worked and so all was well with the world. Let’s just contrast this situation with the fiasco of Northern Rail, where they have crammed five seats in a narrow carriage and have the knees of passengers hitting each other when seats face each other. There’s no point talking about moving people onto rail so they can get work done when the trains look like this, and that’s even if they’re running with the current situation with strikes. 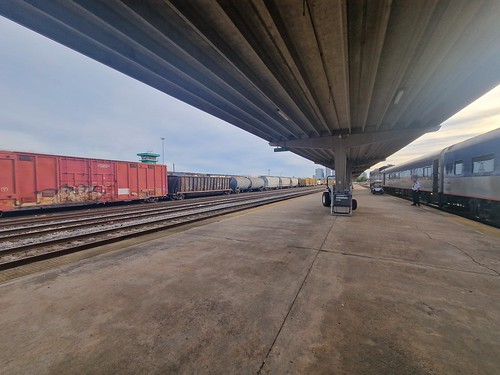 The rather barren platforms of Charlotte railway station, which is a bit of a distance from the city centre. This station was opened in 1962, slightly further away from the centre than the previous building, and it’s showing its age now. 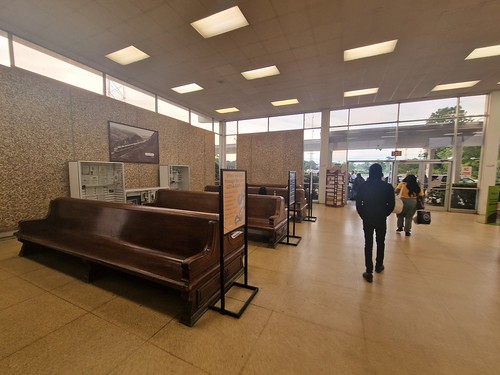 It’s not at modern as at Raleigh railway station, although it is the busiest in the state of North Carolina. The exterior of Charlotte railway station, from where I was about to set off on a 4.9 mile walk to the hotel in true Dave Morgan style. I wasn’t getting the train back from here, so this was my only visit to the railway station although I did go through it en route to Newark at the end of my trip. It’s likely that I’ll never visit this railway station again, as it’s being relocated to be nearer to the city centre and this should open by late 2023 or early 2024. The replacement is Charlotte Gateway Station which will serves trams, buses, long distance coaches and rail, a very ambitious project which seems a very worthy endeavour.