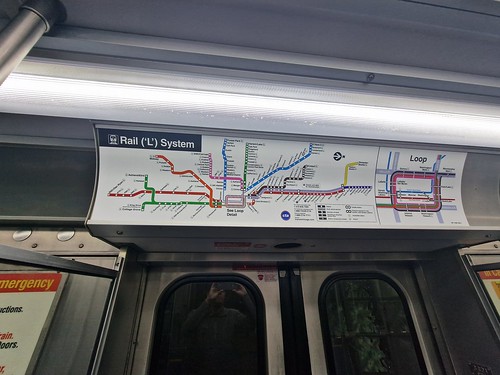 After having had a suitably comfortable time in the American Airlines Flagship lounge, I had decided that I should get to the hotel using the city’s subway system. As already mentioned, I was having problems with my phone connection which becomes something of a factor in this whole story.

I had some good fortune at the airport’s subway system, partly through problems with CTA (the Chicago Transit Authority) and partly due to my lack of research. The first problem, which is CTA’s hugely odd decision, was that non-US citizens (or at least those who can’t access the US app store, as it’s geo-blocked) can’t use the transit authority’s app. I don’t know why this is and I did ask on Twitter, but it seems the CTA don’t know either. Given that many fares can only be accessed via the app, this seems like a really bizarre decision and it’s not a policy that’s shared by other public transport systems around the world that I’ve used.

This meant that I had to use the ticket machines at O’Hare airport and they just weren’t accepting any of my cards. A very helpful staff member from the gateline came across to assist, but he warned that the card system rarely accepted non-US cards because it needed a zip-code. He tried two of my cards several times, but there were errors and he couldn’t get it to work. The little problem here was that I realised when I had phone signal that all of these charges (around $300) had been taken out of my accounts, so that was another problem to deal with. 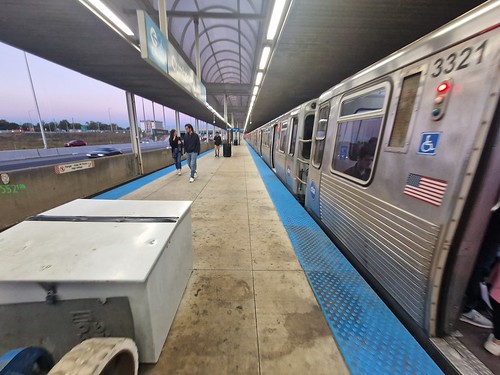 The staff member let me through the gateline and suggested stopping at the next stop to seek assistance to get a bus. There were a number of things here, namely that I hadn’t realised that I could have just used contactless at the gate to get through (although not to buy any kind of pass), but also that there’s a $5 charge to leave the airport, which the staff member kindly waived. The next problem though was that they don’t have ticket offices at these stations, but they do have customer service staff and so I thought the next station stop would resolve my issues. 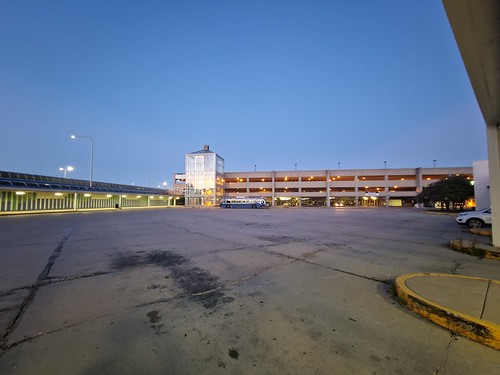 I got off at the next stop and discovered once through the barrier that there were no staff, machines or any form of assistance available. Marvellous….. 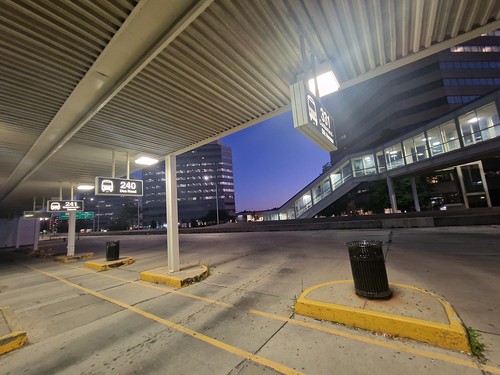 I knew what bus number I could get to avoid using the subway (which was now out of reach), but I didn’t know when it was leaving or its exact route, so I waited for around thirty minutes before the bus turned up. I’d add this is quite a long wait time when you’re not entirely sure whether the damn thing is coming. I mentioned to the bus driver that I was having payment problems and she quite sensibly just ignored that problem and asked “what would you like me to do about this?” so I asked if she could let me on the bus. She said yes, she wasn’t bothered by this. She was probably relieved to have a non-paying passenger, as there was no-one else ever on this bus on its hour long journey, so they had taken a grand total of zero payment for this whole arrangement. 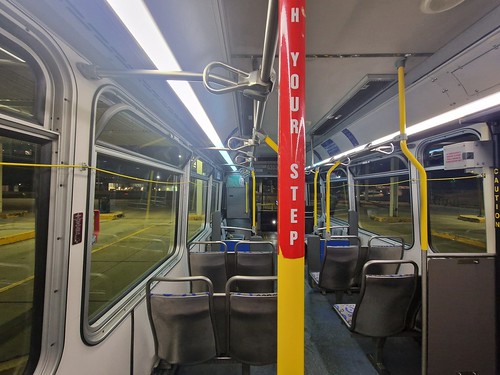 I knew where the bus was ending up, but I didn’t know its route or where I should get off. Fortunately, mid journey the bus stopped near to a McDonald’s and I was able to quickly connect to their wi-fi to download the route that the bus was taking. I quickly also downloaded all the mapping for the area, just in case of any issues. I also then got the alerts of how much money had been taken out of my account from the ticket machines at O’Hare, just as a nice surprise whilst trying to deal with not really knowing where I was. I was quite sad to lose my data connection after just one minute, but it was very useful to have connected and it was the only time that I was able to do on this journey into the unknown (or that’s what it felt like).

The story should end nicely here, as the bus stop was meant to be 10 minutes from the hotel where I was staying and I could now see the route on my phone. Then randomly the bus driver said that the service was stopping early at Brookfield Zoo (I remember it well…..) and I needed to get off. Then she drove off, offering no assistance. This was far from ideal, as I was now 50 minutes walk from the hotel. Fortunately, I had the mapping so I could plot my route, hoping that this was a decent area of Chicago, which is transpired to be. There was a slight problem that it was dark, there was no sidewalk and I could hear the animals from the zoo, but I tried not to dwell on those matters. I was actually more focused on whether there were a large number of snakes that might attack me in Chicago, although I think most of them try and avoid main roads. However, the arrangement was far from ideal and I did mutter and moan about the driver to myself for most of the 50 minutes that I was walking to the hotel.

I wasn’t entirely thrilled when I got to the hotel given the slightly more complex arrival process than I had expected. I had no phone signal, emptied bank accounts, a much longer walk than I wanted and also no public transport ticket for future days. However, the man at reception was personable, engaging and listened politely to my series of complaints. All was safe and well, but I never again want to travel without phone signal….. I was fortunate that the hotel was well managed and everything worked, this was not a time for me to encounter any problems.

As a postscript to this tale of woe (or what seemed like it at the time), it all ended well. I fixed my phone problem, the monies taken out of my accounts were all refunded automatically about an hour later and it transpired my public transport ticket that I tried to acquire wouldn’t have been the right one anyway so I saved a considerable sum. All’s well that ends well as they say and I was able to contact my cousin Scott and his wife Deb who were staying in a hotel further down the road. Incidentally, I never did work out why the bus stopped early, I suspect the driver was annoyed at something and that was likely me.