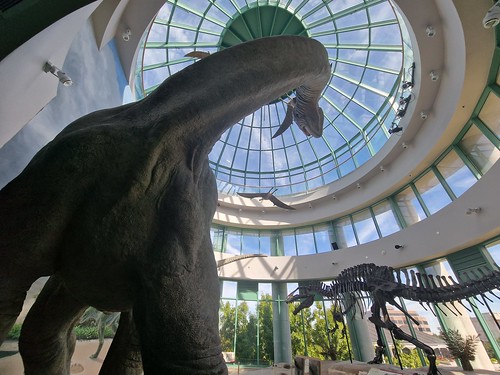 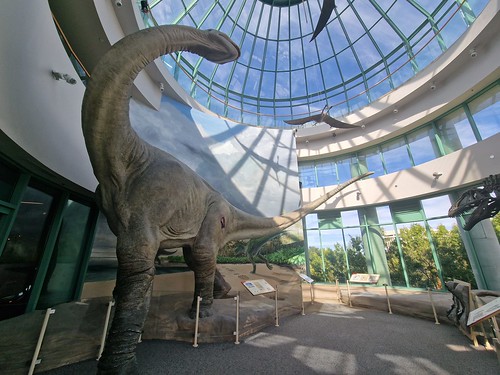 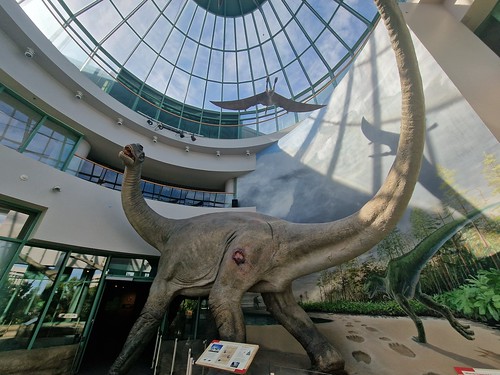 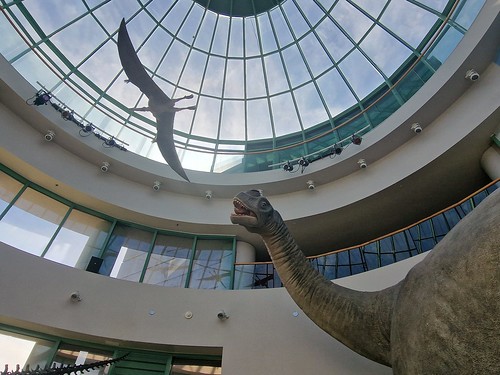 I’m fairly sure that the museum doesn’t call this their dinosaur conservatory, but in the absence of knowing how they define it, it doesn’t seem an inaccurate term. I don’t have much to comment on this other than it’s a striking use of the space available to the museum curators. 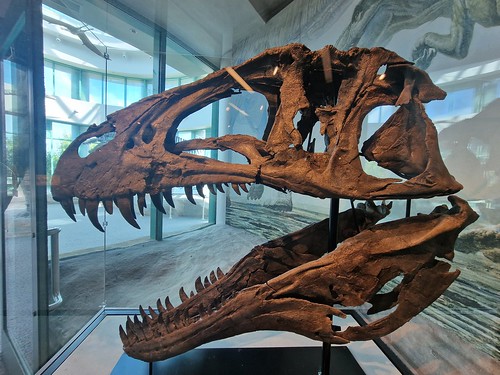 And this isn’t a T-Rex, it’s the real skull of an Acrocanthosaurus which once trampled and traipsed around what is now the United States. 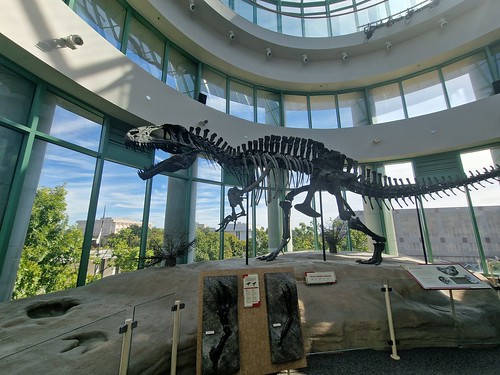 And the skeleton of an Acrocanthosaurus, which is a dinosaur of which I hadn’t previously heard of.