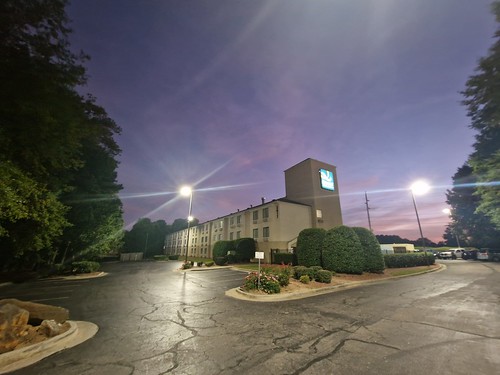 Well, let’s start by stating that this hotel annoyed me. 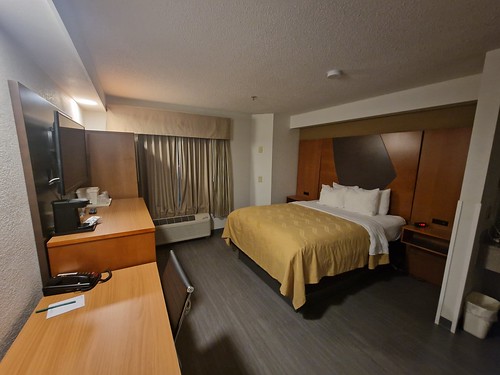 The check-in process was a confused mess where their technology didn’t work, but the staff member was helpful and polite. However, to cut a long story short, they couldn’t get my card to work as it doesn’t have a number on it (Chase’s modern technology) so I used another card. I wasn’t quite sure why not having a number would make any difference, and indeed it doesn’t as it transpired they charged both cards for a deposit and despite promises they wouldn’t charge their ridiculous $4.99 local fee (which I haven’t see any other Choice Hotel outside of Las Vegas try and charge) they did anyway. And they then entirely ignored an email I sent to them asking if they could charge the card they initially tried to since they now had a choice and noting they had charged two.

I’m writing this nearly three weeks on and the hotel still hasn’t released the pending charge on the credit card, the last hotel from the US trip not to do so (despite my only checking out of some hotels a few days ago). Chase, who the card is with, are now cancelling the pending payment as the hotel has failed to respond. It’s annoying because it’s such a sloppy thing to annoy customers with, and their reviews show they’ve done this to others. Their greed in trying to take $4.99 fees has cost them numerous bad reviews. I also incurred a foreign currency fee with the card they did charge (only my debit cards are currency free), although the card company removed that so that’s all good.

But, putting my annoyance to one side (although I’m not parking that issue far away if I’m being honest) I was also humoured that when I asked about breakfast the staff member said “it’s not really a breakfast I’m afraid” which suggested the level of respect the staff had for the local management. Anyway, back to the room, which was entirely adequate although the wi-fi wasn’t particularly reliable. There were no noise issues internally or externally, so that all went well. 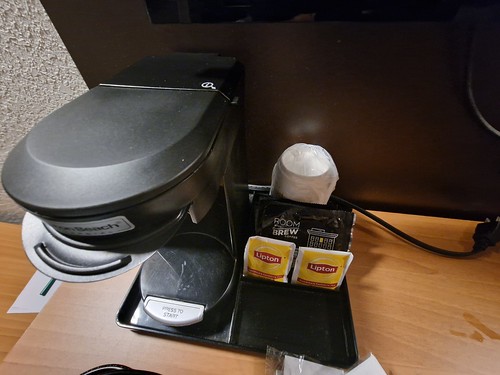 The ubiquitous coffee machine that’s in US hotels and they also had tea bags available. 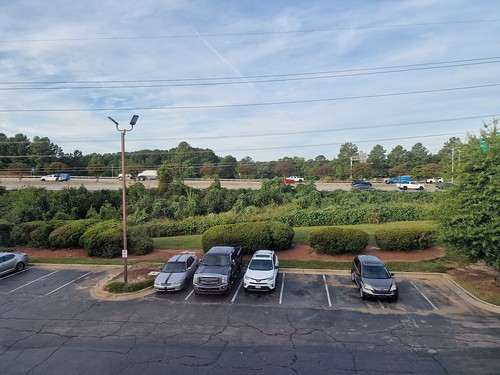 The view of the road from the hotel room. 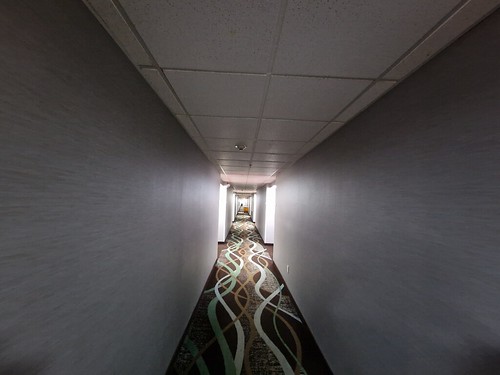 I quite liked the carpet in their seemingly never-ending corridors…. 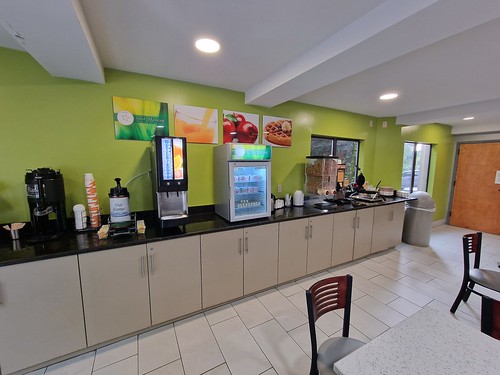 The breakfast arrangement. Shall we just say that it was uninspiring, although I always have low expectations of breakfasts in US hotels, or at least, those at the price point that I’m booking them at. I had a yoghurt and coffee, that had to do. The woman at reception the previous evening wasn’t lying….

I overheard a staff member say to another “we have no customers checking in today” which seemed incredible to me for a hotel of that size, but that is perhaps testament to the local difficulties that they’re facing. 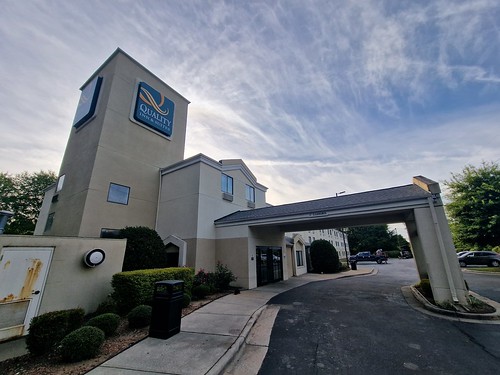 Not a hotel that I’d stay at again, I hate locations that ignore emails. Fortunately, Choice Hotels took up the matter and forced the hotel to respond, which they did in a passive aggressive manner that I was privately quite impressed with. They didn’t bother dealing with the issue but there’s an arrogance that they’re holding deposits and not doing anything to release them as other Choice Hotels seem to manage with. I wouldn’t say that the hotel stay itself was a disappointment, but I’m not big on contempt for customers.