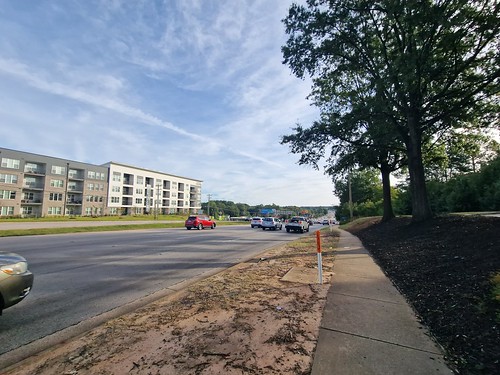 I had caught the free Raleigh bus the evening before to get to the hotel, so I considered myself enough of an expert to get back again into the downtown area of the city. Until I realised that the local authorities seem to have forgotten to have put pedestrian crossings to get across the bloody road. When I took this photo I had already traipsed, slightly grumpily, about half a mile down the road and the crossing wasn’t until the dip in the road ahead. 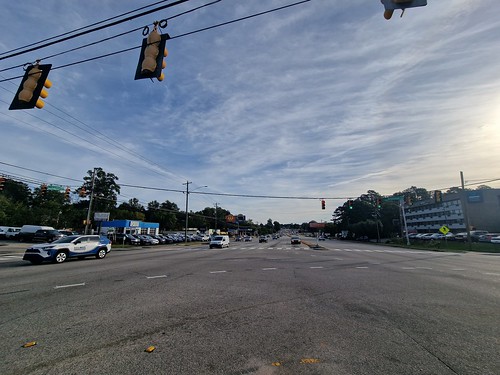 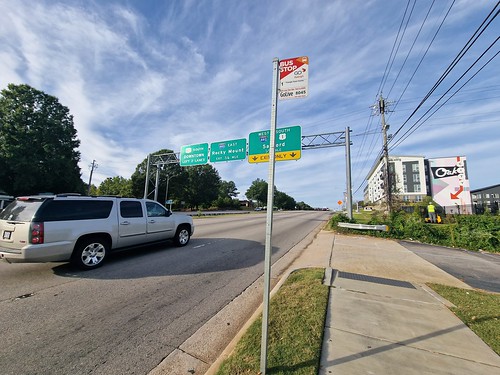 I had walked so far down that I had reached the next bus stop by the time I was able to cross the road. 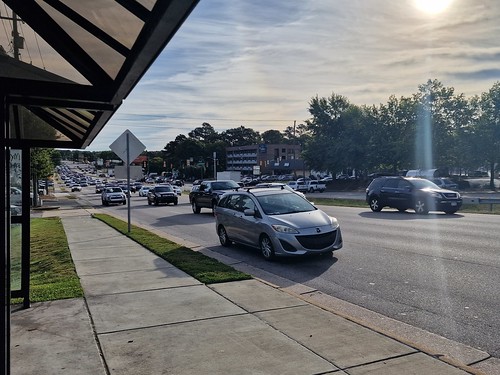 This is the main road into Raleigh and this is a transportation failure in evidence, vast numbers of cars and this is after the rush hour. They’re trying to encourage public transport usage and full credit for free buses, but the pedestrian infrastructure is in such a bad state they’ll have one hell of a job to get people out of their cars. Also, I hadn’t realised this at the time, but Raleigh has more cars per person than anywhere in the United States. A failure of a policy, as the congestion means that the local economy is taking a financial and environmental hit. 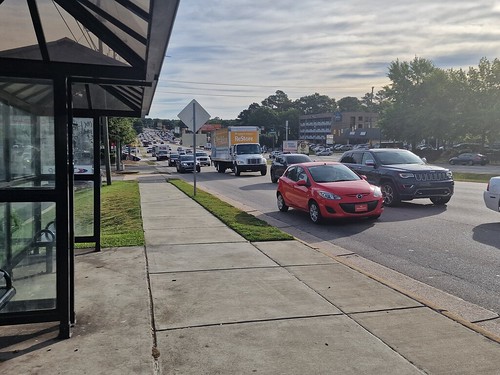 And the delays mean that the bus, which is now visible in the photo, get caught up in the traffic. They have five lanes of traffic to play with, but none are designated as a bus lane to speed them up. 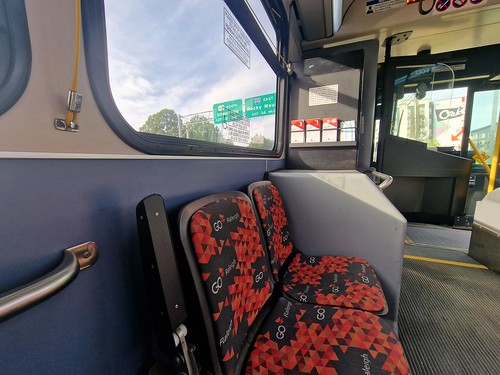 Boarded, ready for the twenty minute journey back into Raleigh and running only half an hour late. And this is why travelling can be tiring….