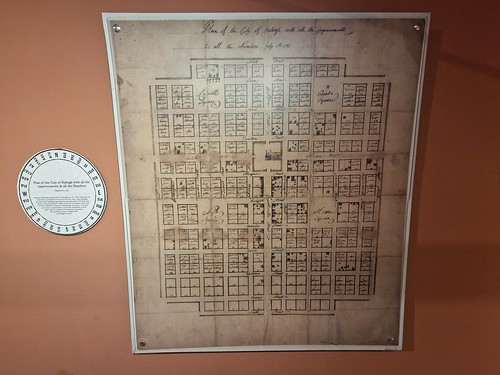 I like an old map and this one is from 1797, just five years after the city of Raleigh was laid out. Clicking on the image will make it larger, with the Capitol building in the centre and four parks neatly laid out. Moore Square and Nash Square, the two southern ones, are still parks, but the northern two have been used for civic buildings. What I find intriguing about this map is the hopes and excitement the city founders and early residents must have felt, the opportunity that laid ahead. The early purchasers of land also got a fair chunk of space for their buildings as well and I’m pleased to read that taverns were constructed nearly immediately for the workers creating Raleigh. Incidentally, there were some half hearted attempts to keep the grid pattern as the city expanded, but developers got a bit fed up with that and things became a bit more erratic.