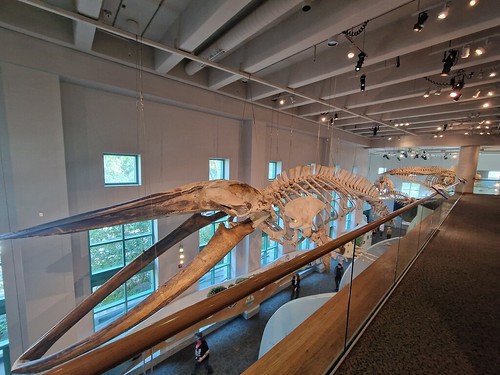 I’ve already mentioned about the dinosaurs and the snakes at the North Carolina Museum of Natural Sciences as they were the two elements that I thought were particularly memorable to me. It was though a large museum and not only was it free of charge to enter, there was plenty to see. One of the first exhibits that visitors to the museum see is the not insubstantial collection of skeletons that were hanging from the ceiling. 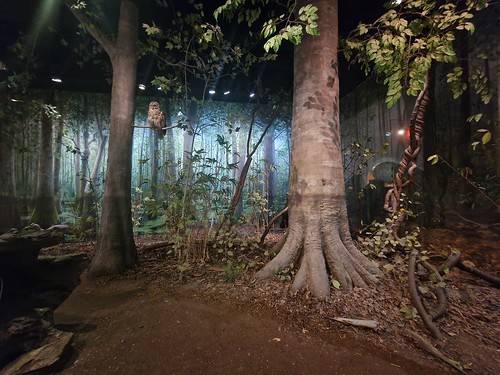 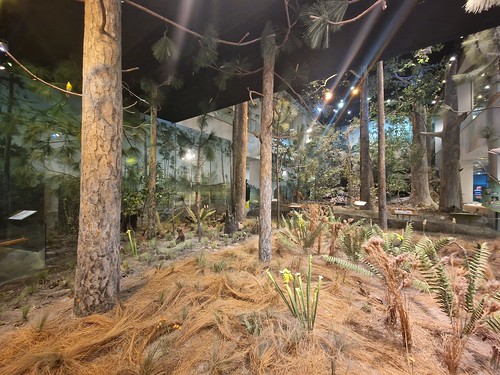 There are also sections showing the nature and landscapes of North Carolina. 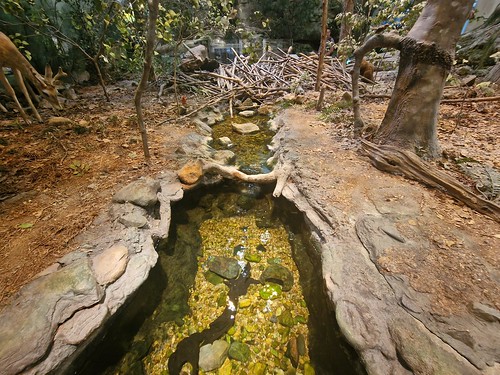 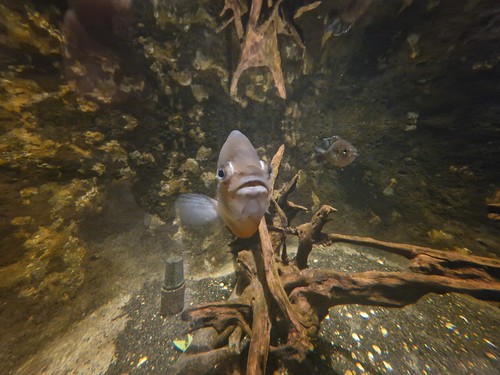 Some of these also have water running through them, with a selection of fish and other marine life. 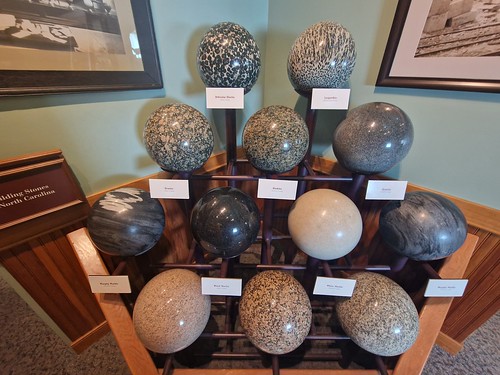 Various types of stone from North Carolina, presented for some reason in the shape of bowling balls. 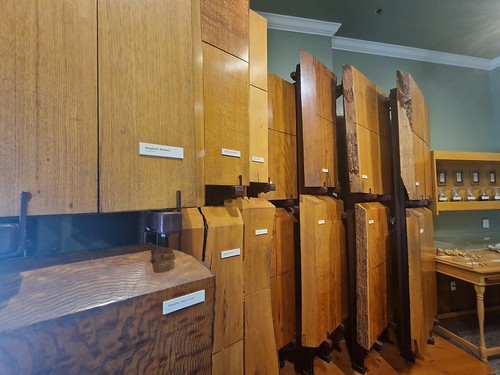 Looking like a furniture showroom, this is a collection of different types of wood from the state. 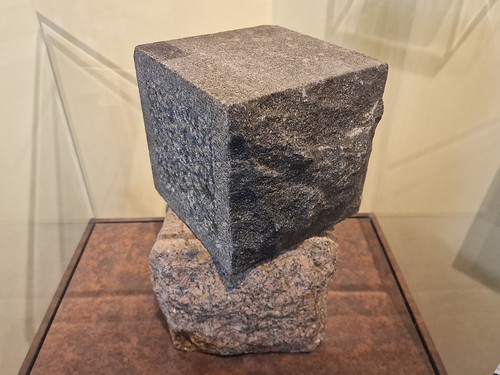 This interested me more because it was created as a display in 1873 for the World’s Fair in Vienna, Austria rather than because it’s an intriguing piece of stone. 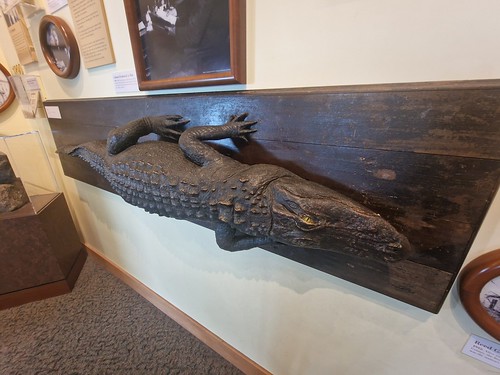 An alligator glued onto a piece of wood by Herbert Hutchinson Brimley, a long time director of the museum. 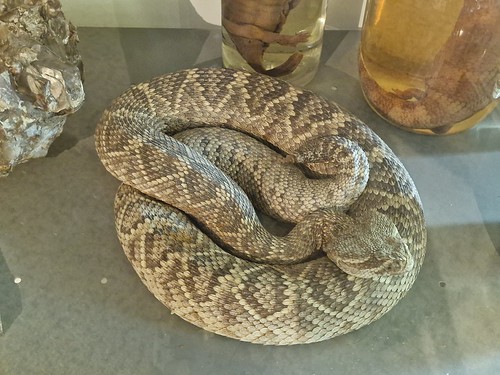 A stuffed snake. I’m always slightly sceptical that these are genuinely stuffed and dead, just in case one has cleverly crept into a cabinet to surprise members of the public. I have trust issues with snakes. 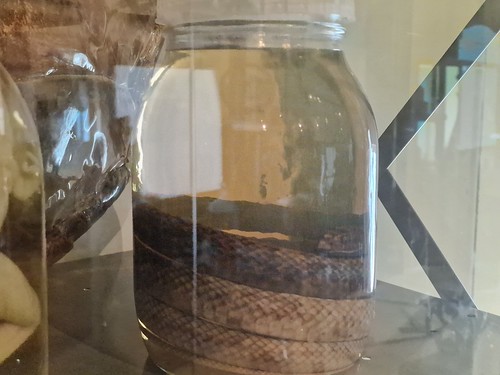 And a snake in a display jar. I’m a little happier when they’re pickled like this, I’m more readily able to believe that they are actually dead. 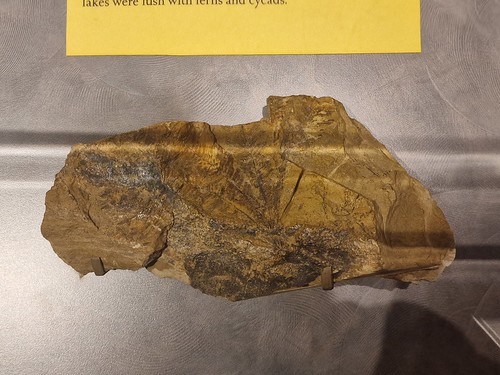 This plant is 220 million years old, which I think it’s fair to say is quite something. This is also almost exactly the same time as mammals started to evolve to put that into some form of context. Incidentally, snakes have been around for 125 million years, just as even more perspective to this. 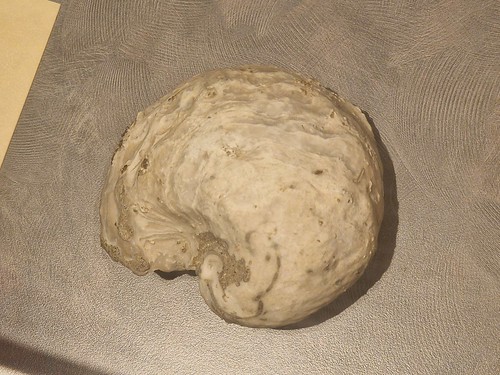 And it makes this 65 million year old oyster shell seem quite young. 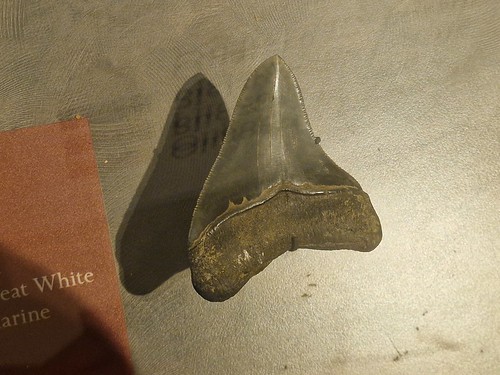 And a great white shark tooth from around 4 to 6 million years ago. 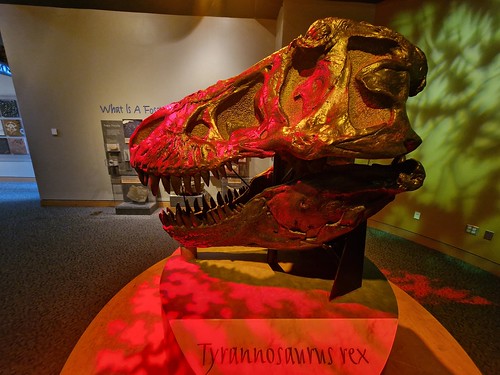 The skull of a T-Rex to scare the children with. 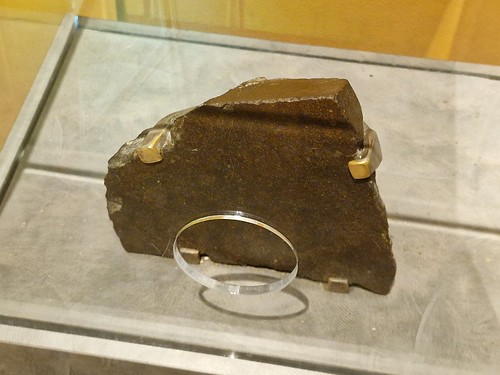 Visitors are positively encouraged to touch this 4.5 billion year old meteorite and since I didn’t want to miss out, I did. It felt like a lump of rock. It’s relevance to North Carolina is that in 1936 it fell into a farmer’s field in the state. The earth is 4.5 billion years old as well, but more disappointingly to me, the museum doesn’t give any information as to what the farmer thought about this rock appearing on his land. 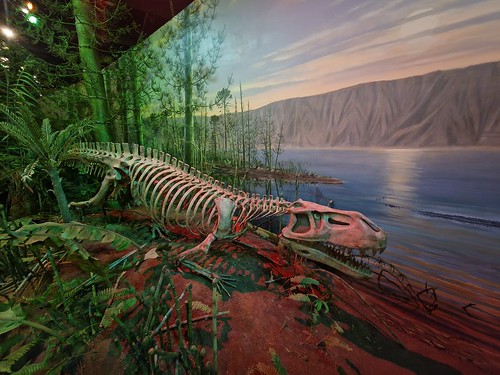 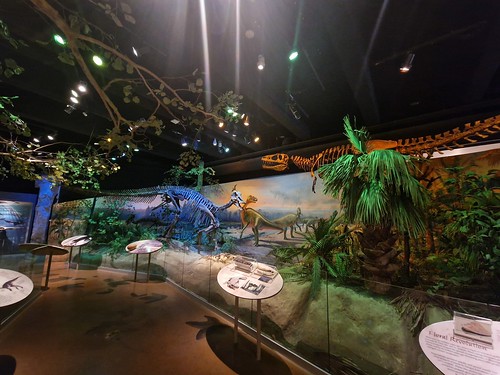 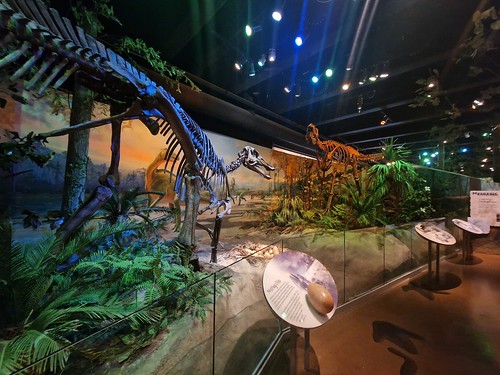 There are more dinosaurs at this museum than you could shake quite a robust stick at. 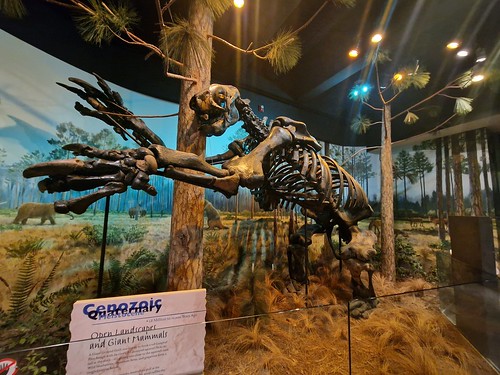 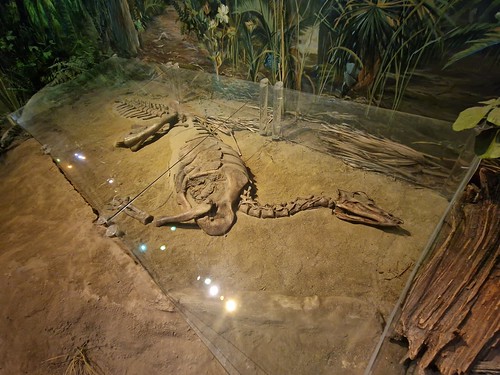 This is Willo the Marvellous Lizard, perhaps the most complete skeleton found of a thescelosaur. This very skeleton has been the cause of much controversy, some claim it’s the only dinosaur uncovered in the world which still has a heart, although others claim that it most certainly isn’t any such thing. I don’t feel that I’m qualified to comment on the whole arrangement, but there’s more on the matter at https://www.smithsonianmag.com/science-nature/willo-the-dinosaur-loses-heart-93712793/. 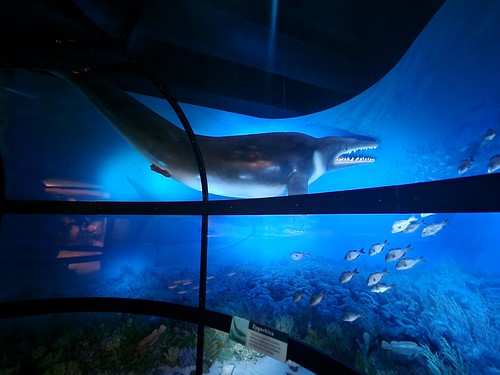 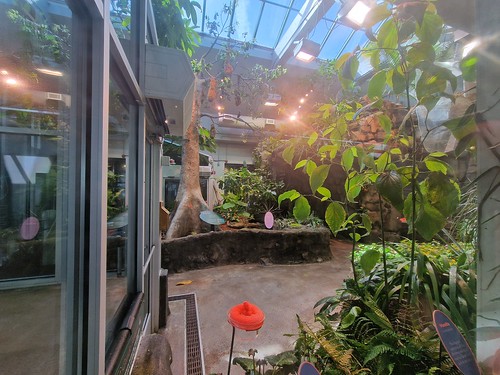 That was pretty much the end of my visit to the museum, with this walk-through butterfly arrangement currently closed to the public, although it was possible to peer in through the glass. The reviews of the museum are very high, indeed there few similar institutions in the world which are better reviewed, although a visitor called Christopher noted:

“Nothing was fun to look at kids didn’t enjoy”

His kids must have enormously high standards if they managed not to find anything interesting or “fun” in the museum, but each to their own. Of the few negative reviews that the museum had, most relate to their keeping of live animals (primarily snakes) although I was surprised no-one commented on how angry the snakes looked. That must have just been me thinking that I guess.

As this was my third museum of the morning I was at this point quite ready to get food and drink at a bar I was keen to visit, but it was a popular venues with families (the museum, not the bar) and I’d merrily recommend a visit for anyone who is unsure.