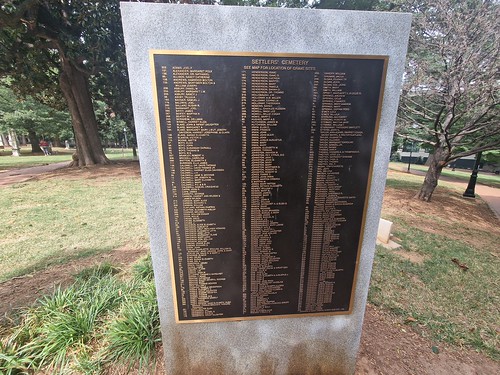 A lot of work has gone into the heritage of the Settlers’ Cemetery in Charlotte, a hugely important site in the city’s history as it contains graves from the early settlers. The cemetery was used for burials from 1776, notable as Charlotte had only just been settled (in European terms at least) by Scots-Irish Presbyterians, or Ulster-Scot settlers from Northern Ireland, who made up the bulk of the area’s local population. The first burial at the cemetery was that of Joel Baldwin, who died on 21 October 1776 at the age of 26. 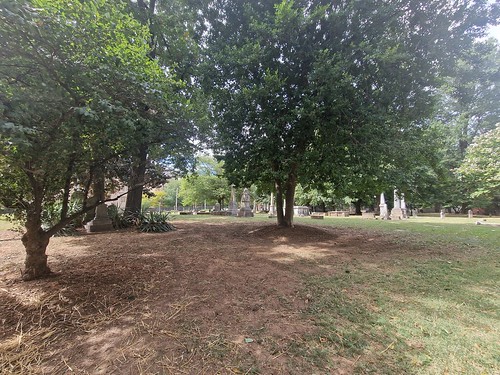 The cemetery was formally closed in 1867, but a few more burials were permitted until 1884 by special arrangement. The site fell into disrepair quite quickly, although there was some tidying up in 1906 when new gates and railings were installed. By the 1950s, the cemetery was in a poor state of repair once again and the city authorities decided that investigations needed to take place to establish who the owner was so that it could be better maintained. The city authorities discovered that they owned the site, so thought that they’d better fix things up. 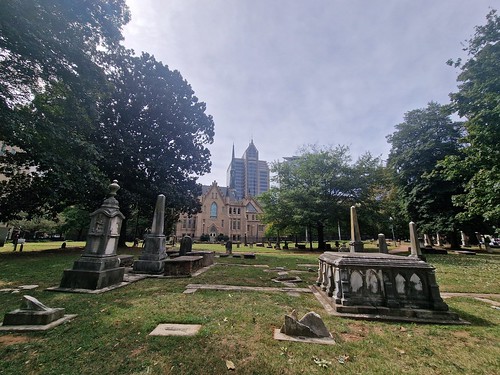 The whole scene today is somewhat odd, there’s clear evidence of fascinating early graves, but yet equally a substantial amount of damage to graves and no shortage of missing graves. Much of the landscaping that exists today was completed in the 1960s, when once again the site had been allowed to fall into disrepair and was used as a location by the homeless to sleep. Graves were tidied up, paths installed and a fountain introduced. 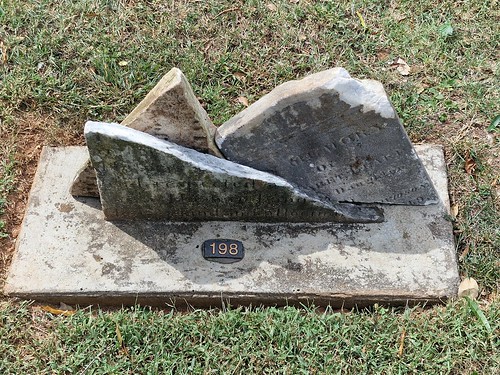 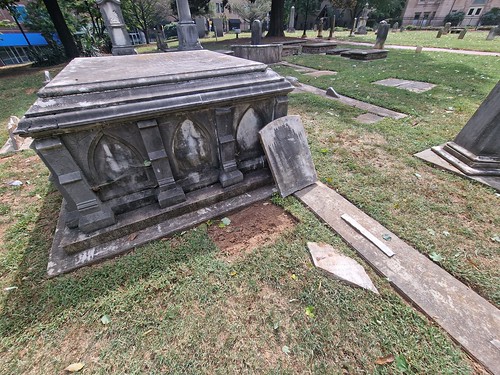 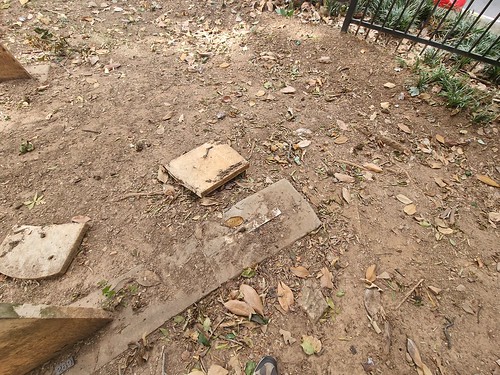 Given how well the area has been landscaped to make it into a park as well as preserving it as a cemetery, there’s perhaps some work that needs to be done to preserve some of these gravestones that are lying in bits around the site.

The city itself notes:

“Many of Charlotte’s early and prominent families are buried in Old Settler’s, including:

The Polk family, including Colonel Thomas Polk, great-uncle of President James K. Polk and a signer of the disputed Mecklenburg Declaration of Independence

The Graham family, including Major General George Graham, veteran of the Battle of McIntyre Farm (1780) 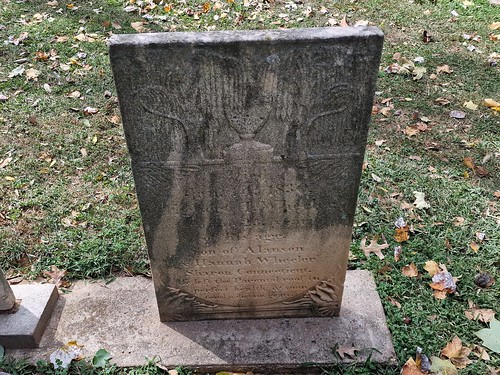 I’m not quite sure how some parts of certain stones have been repaired, it’s all a little eclectic. There’s a strong feeling of heritage at this city centre location, although it doesn’t seem to be as coherent as somewhere like the King’s Chapel Burying Ground in Boston, but that’s partly because the site wasn’t well looked after for a long period and so many stones have been lost. Which is another complaint that I have (one of many), which is that at some stage stones have been removed from the cemetery because they were damaged or fallen, but it’s a shame they weren’t retained in some shape or form. 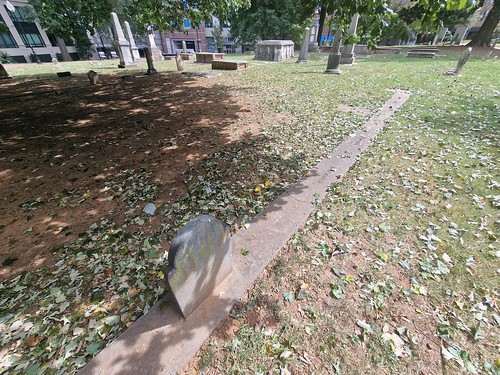 For example, where have these stones gone? 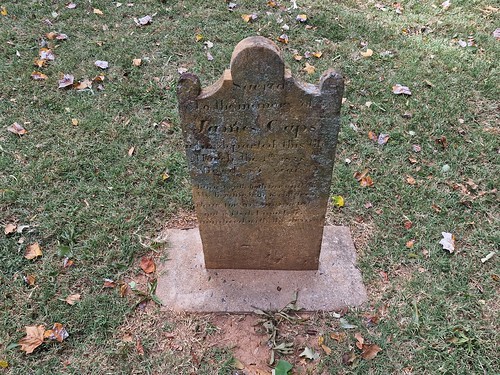 This grave of James Caps is from the 1820s, which is from the first few decades of the city’s creation and he’s an interesting character. He was a poor man who had a little bit of land where gold was discovered in 1827 and he became very wealthy almost overnight. Unfortunately, he descended quickly into alcoholism and died on 7 March 1828, not really enjoying for long his new found money. 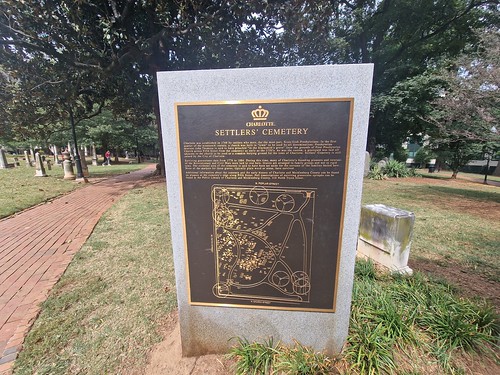 I do like the effort in showing visitors where the graves are located within the cemetery, it’s rarely done with as much clarity as it is here.