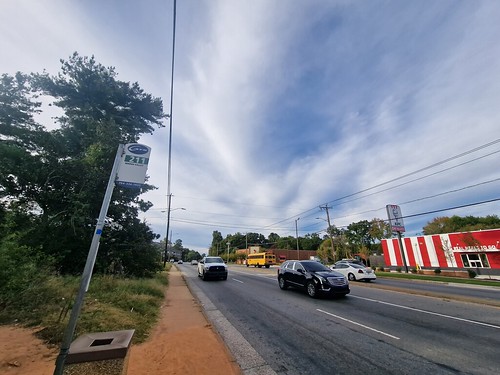 Although I was staying in Charlotte for two nights, I effectively only had one day there because I had arrived late the previous evening and was leaving early the next. The city does though have a $6.60 unlimited 24 hour travel pass which proved useful as I could use it all day and then also get into the city centre the next morning by leaving slightly earlier. Fortunately the 211 bus arrived on time and as expected, with this and the trams included in the public transport pass. 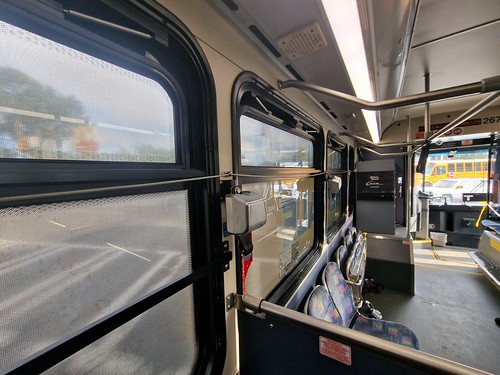 The bus was taking me to the tram network stop, which is quite exciting to me as not huge numbers of cities in the United States have trams and I’ve long thought that they’ve some of the most efficient and popular forms of public transport. 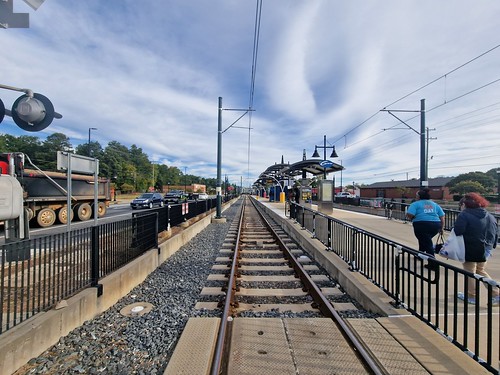 The tram stop (and I could see that nothing was coming from either direction in case anyone thinks this is dangerous). 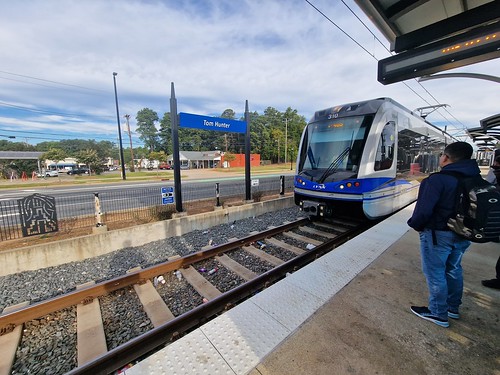 Tom Hunter station, which I had assumed was named after a local transport dignitary or something. However, it’s just named after the road where the tram station is, so the origins of who Tom Hunter is go back a lot further. The tram system itself is known as the Lynx Blue line, with plenty of connections into the bus network. There are ticket machines for those who want to pay at the station itself, but I had downloaded the app which let me just show my pass on request. 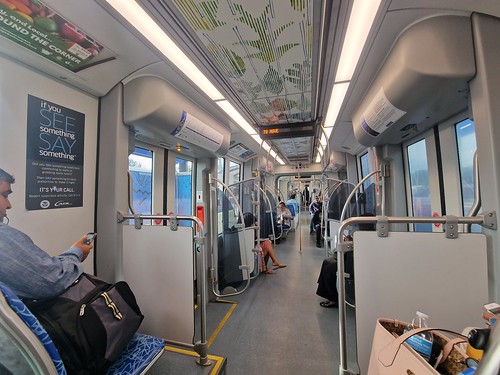 Suitably spacious. Much faster than buses, the tram network opened here in 2007 and was extended in 2018 giving them a total of 26 stations. In the same way as HS2, and indeed most transport projects, there were huge arguments about the cost and the whole project was nearly suspended. It takes political bravery to proceed with projects like HS2 and tram networks such as this, but the benefit that they can provide in taking people off the road in their cars is enormous. 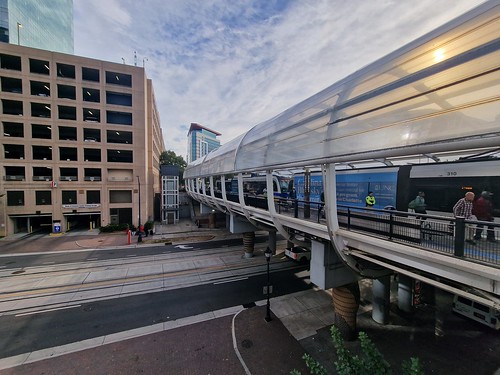 It took around thirty minutes to get from Tom Hunter station to the city centre. And my first impressions of Charlotte’s city centre, as I hadn’t seen it the previous evening, were quite positive given everything looked quite new and shiny. This isn’t the last mention I’ll make of the tram network, which I decided I very much liked and thought again how nice one would be in Norwich.