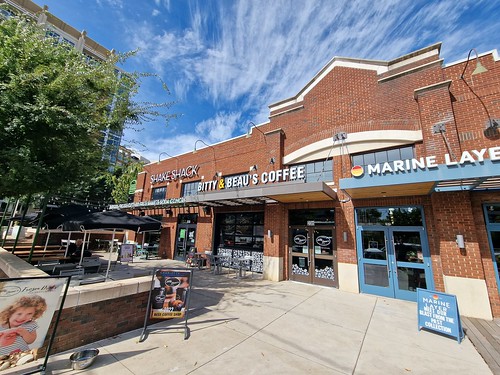 Although I hadn’t been before, I had heard of this chain for the work that they do with supporting those with disabilities. They have just over 20 shops across the United States at the moment and their motto is “a human rights movement disguised as a coffee shop”. It was started in North Carolina, in Wilmington, in 2016 and it seems likely to me to keep on expanding over the next few years given their concept of employing and helping those with disabilities. 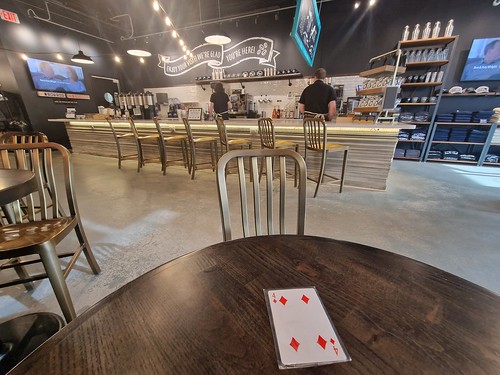 I liked the relaxed environment here and I’d note that it did get busier than this. Customers are given a playing card and so when their order is ready, that card number is just shouted out. I much prefer this to giving a name, where there’s this process of them mis-spelling it and then calling it out wrongly. I hadn’t noticed that sign on the television until writing this, where if you like them on social media the numbers will immediately go up on the screen. That’s very clever, I like that. 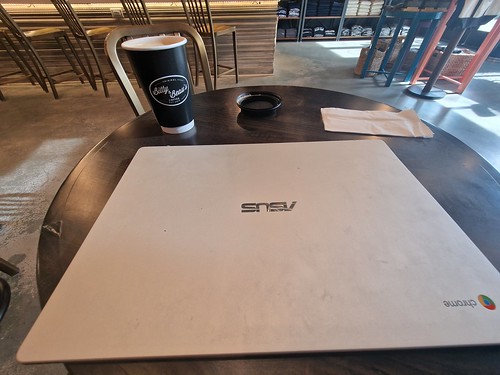 All was well here, there were power points, wi-fi and so I was able to get some work done before heading off to explore more of the city. The coffee was suitably rich and pleasant tasting, with the whole operation feeling slick and well managed. There’s likely potential in many other countries for a concept such as this, although I remember going into a cafe in Jersey which had a similar theme. The service was friendly, the environment was inviting and the coffee was of a good quality, it’s a well-run venue with the added dimension of supporting those with disabilities making it even more of a community asset.