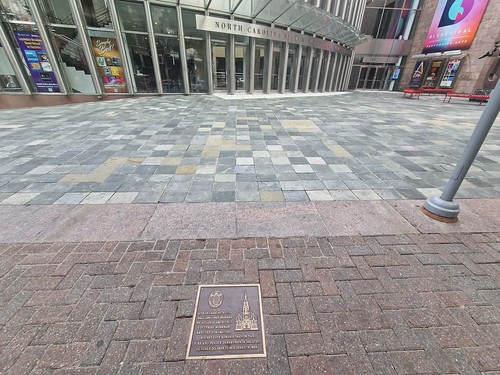 There’s not much to this post, just a small example of the rapid growth of cities such as Charlotte at the end of the nineteenth century and the beginning of the twentieth century. As this tablet on the pavement notes, the city hall in Charlotte was constructed in 1890 but was pulled down in 1926 as it was far too small for the growing city. As a measure of this, the population in 1890 was 11,500, but in 1930 had reached nearly 85,000. Growth has soared over the last century as other US cities such as Birmingham, Newark, Detroit and many others have gone into decline. Charlotte is the now the third fastest growing city in the United States and has a population of just under 890,000. 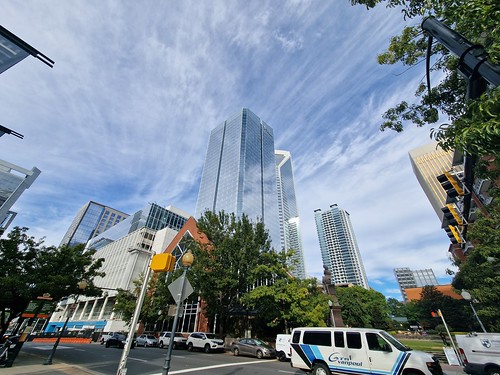 And Charlotte feels modern, there is plenty of new building and it seems to be a city which still has its best days ahead of it. Also, the new city hall that they opened in the late 1920s lasted sixty years before that in turn had to be replaced by more substantial premises. I can’t quite imagine the founding fathers of Charlotte could have predicted the level of growth which has taken place here.