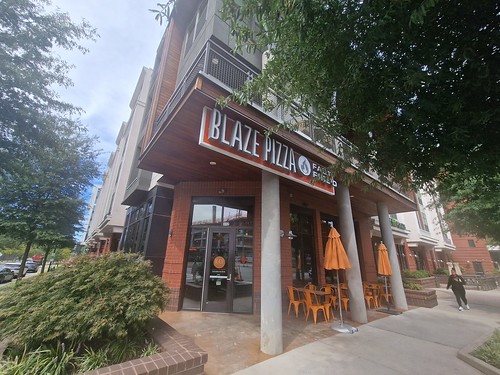 Blaze Pizza is one of my favourite chains in the United States, I remember my first visit to their outlet in Pasadena and that’s also where the company started out. It’s all a lot more expensive than I remember what with inflation and the poor exchange rate, but it’s still realistically priced. 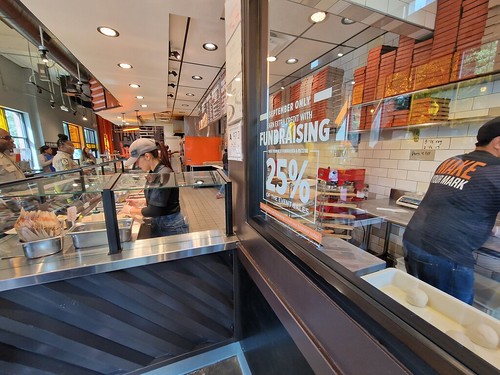 There was a bit of a queue, but there were plenty of team members and the operation seemed efficient. The dough is made in the little kitchen area to the right, then on the main ‘production line’ the team members ask customers what toppings they like. It’s effectively a Subway for pizzas. I was behind one of the most complex orders known to man (or woman) which seemed to involve about 62 different toppings all presented in a certain way, but the team members remained cheerful and helpful. 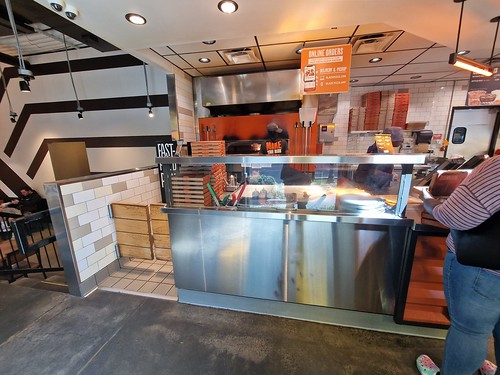 After walking down the counter, then there’s a few minutes waiting for the pizza to be cooked. The anticipation…. 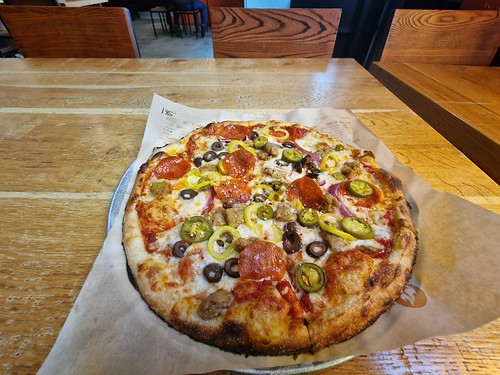 And the final result, with banana peppers, jalapenos, sausage, pepperoni and olives. Very delicious and of course piping hot given it had just been handed to me out of the pizza oven. The cost was about £11, which given the exchange rate at the time caused by the bloody mini budget, which I thought was entirely reasonable. They have over 300 locations now across the United States and this wasn’t my final visit to them on this trip. Indeed, writing this up is making me want to return to the United States and I accept that’s a bit excessive just for a pizza.