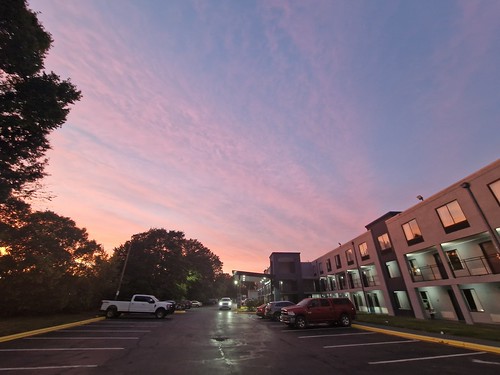 I was staying at this hotel in Charlotte for two nights and the whole experience was just a little odd. Strange in terms of my views differ to the majority as I thought that everything was fine and bear in mind that it’s fair to say that I can usually find something to grumble about. However, the bulk of the reviews are terrible and it appears that they have a roaches problem. 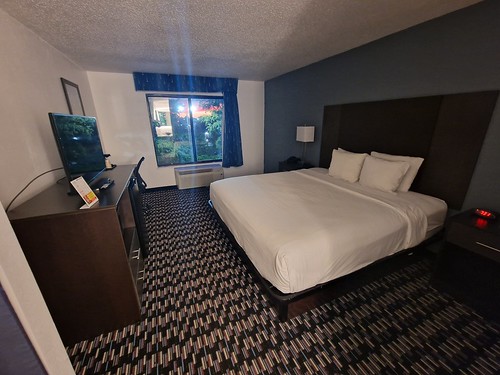 The room that I was given had been recently modernised and was clean, well presented and entirely free of insects of all kinds. I do tear beds apart in a room to check for bedbugs, but I’ve remained fortunate in not having found them for many years. Actually, I can’t recall ever finding them, but my memory isn’t what it was. 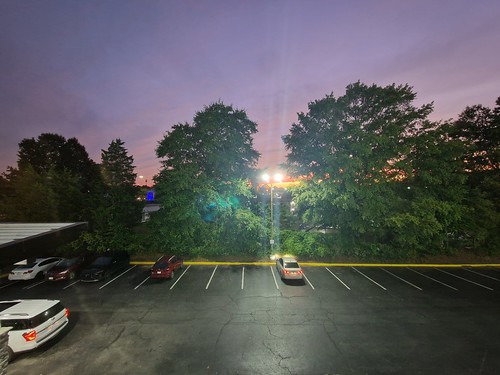 There was a major road intersection nearby, but I didn’t have any issues with noise and I was pleased with just how cheap the hotel was. I suspect it was cheap because they were having problems filling it because of the reviews, although there seems an over supply of accommodation in parts of Charlotte. There was a problem with the hotel processing my card as I have a Chase one without a number on, which confused a number of locations, but the manager seemed happy to tap away on his computer to make things work. I thought the welcome was authentic and genuine, I had the impression that they were trying their best. 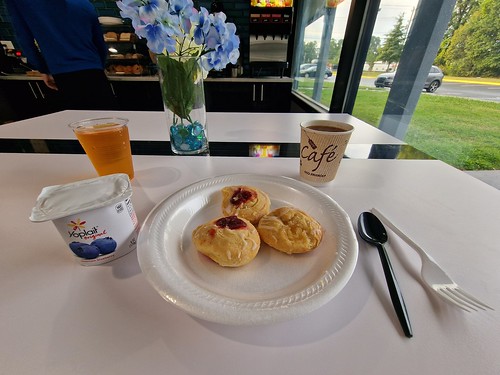 There was a basic breakfast included, which was mediocre but acceptable. There were cereals, but no milk, but there were at least pastries and so I was happy. There were also yoghurts, juices and coffee and I have low expectations of most hotels in the United States in terms of their breakfasts. I’m all for European breakfasts with cold meats, cheeses and breads, which isn’t something I’m going to get at a cheaper hotel in the United States. 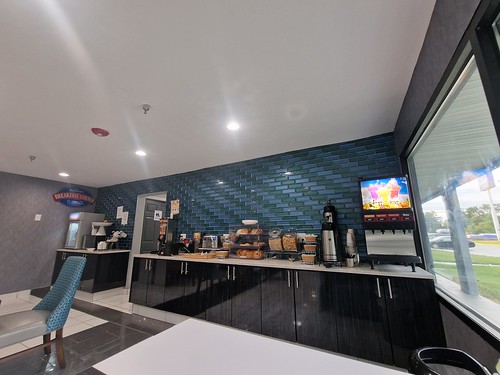 It was clean and tidy in the breakfast room, I didn’t think that there was a great deal wrong here. Well, other than they needed milk. 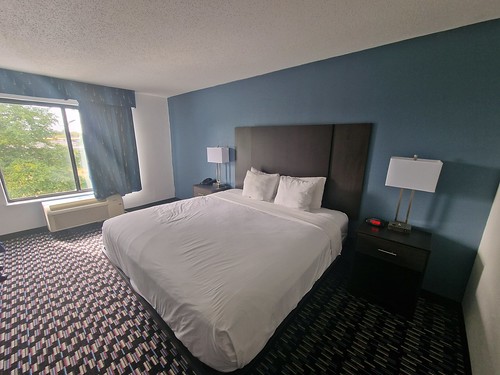 I took this photo to remind me that there was daily housekeeping at this hotel, which fortunately seems to now be the standard again around the world. Actually, other than Travelodge in the UK, but I never stay for more than one night there, so that’s not a problem. 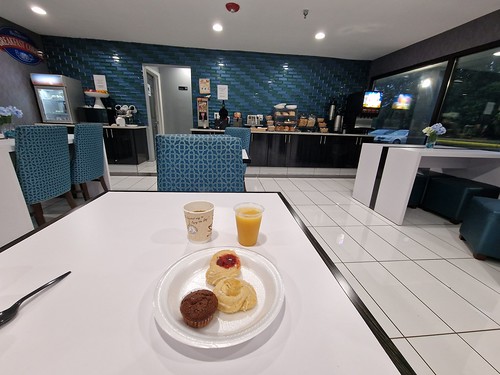 The breakfast on my second morning was distinctly similar to that of the first morning. I can be quite conservative (small c) at times. 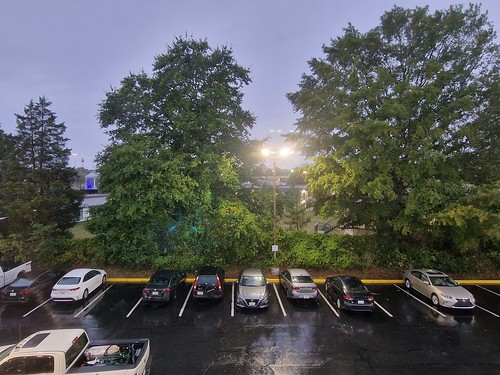 For those with excellent eyesight (or patience) who enlarge the photo, there was a view of a McDonald’s. More worryingly for me when looking out of the window, the weather was far from ideal and that meant my trip into Charlotte was going to be moist.

As for the hotel, my comments are positive as I think I must have been given a renovated room that they were content was free of infestation, whether by luck or design. The hotel does itself no favours though in the poor way it responds to reviews, with generic apologies and no details of what they’re doing to resolve issues. Quite why they’ve spent so much money on a refurbishment, which appears to be ongoing, without tackling the other problems seems a little bizarre to me as their room rates will remain low.

For anyone who reads this, I’d recommend it based on my experience, but I’d ask to see the room before completing payment. I do this very rarely, but if I’m highly sceptical about a hotel I have been known to insist on this and few locations are reluctant to assist with such a query. If I had realised that the hotel was getting so many complaints, I might have sat near reception for longer as I like listening in to conversations such as “I’ve slept with roaches” which would have provided some interesting background noise for me.