On the previous day, I had visited Raleigh Beer Garden and I was, it’s fair to say, a little surprised and delighted at the range of beers available. I was impressed that I had visited what was once the bar with the highest number of draft beers available in the world, but thought little more of who the new world record holder was. 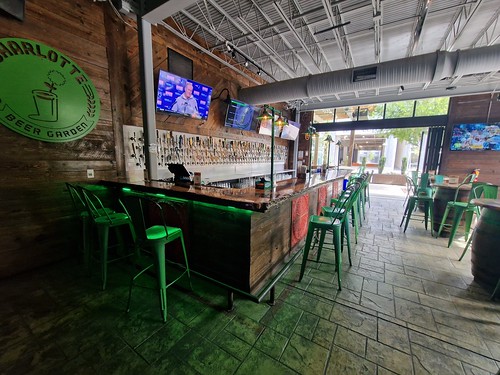 This is the answer, their sister venue, the Charlotte Beer Garden. They had a quite ridiculous 450 different beers available on draft, of which there were a substantial number that were notable enough for me to want to try. If I’m being honest, there were over 50 I really wanted to try. Unfortunately, I thought five was the maximum that I could reasonably try and just had to limit myself to those. My maturity knows no bounds sometimes. 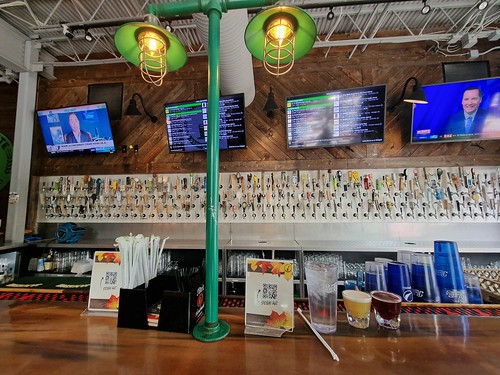 The beer list was on Untappd and the service was entirely on point, personable, engaging and suitably welcoming. This is a venue which is being run to world class standards as far as I’m concerned, they’re clearly passionate about beer and service. It was clean as well, although I visited just after lunchtime when it was still quiet. 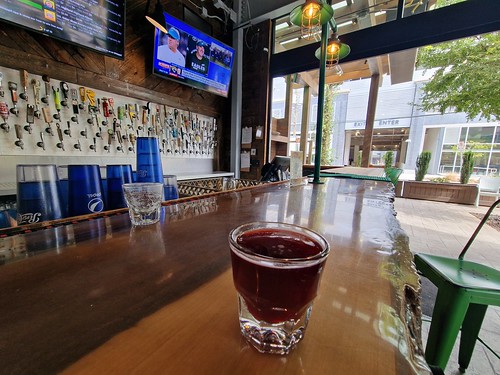 This is the Push It Real Good sour from Newgrass Brewing Co of Shelby, North Carolina. The flavour is of cherry limeade and I rate this as perhaps the best sour that I’ve had, riven with flavour, a rich mouthfeel, creamy and thick, completely delicious. I’d suggest that it’s hard to make sours much better than this, a true delight and a beer that I had to rate 5/5 on Untappd. Even my friend Nathan would have rated this 5….. 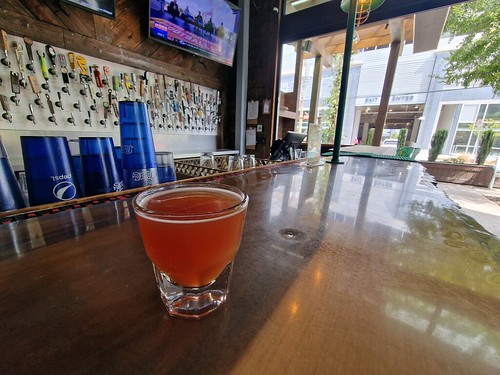 And then this, the Super Duper Nice from Tripping Animals Brewing Co of Doral in Florida, another beautiful sour with strong flavours of peach, orange and strawberry. 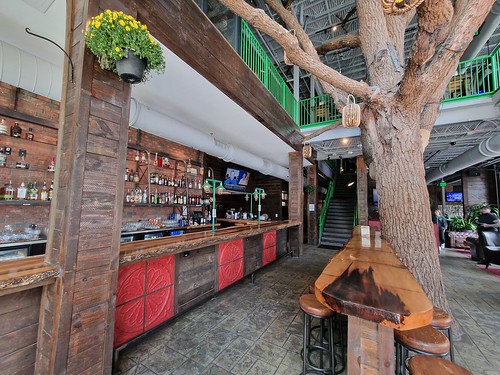 The decorative tree in the centre of the bar. The venue is similar in operation to Raleigh Beer Garden, namely one spirits bar, one bar with local beers and another bar with more national beer options. I’d suggest that it must be very hard to ever complete this venue, their selection changes so regularly and there is so much choice that I can imagine how surprised and delighted I’d be on a regular basis if I lived nearer. There were also plenty of power points dotted around the place, including at the bar, as well as wi-fi available throughout.

As may be evident by my enthusiasm, I liked this venue. I had decided to pop to Blaze Pizza so didn’t get food here, but they serve throughout the day although they have picked up a few negative reviews about the quality. As the venue’s name suggests, there’s an extensive outside area in addition to the cavernous interior so there’s plenty of space. This bar should have felt formulaic given the theme that they’ve gone for, and it would be easy to fail to reach the high expectations which I feel they’ve set themselves up with. But, they didn’t fail me and it felt an authentic and genuine place. This is a bar for the many and not the few….. 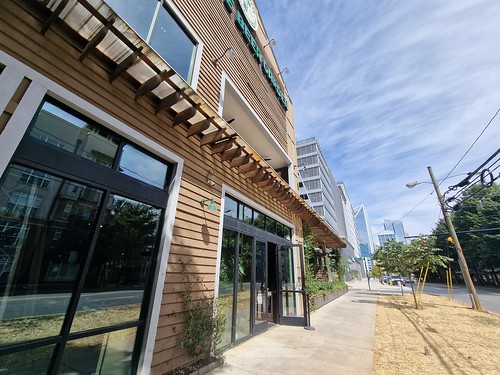 I’m not sure if I’ll be back in Charlotte any time soon, but if I am, this will be one of the first destinations to visit. Their exterior hides a heap of delights which are available behind these doors.