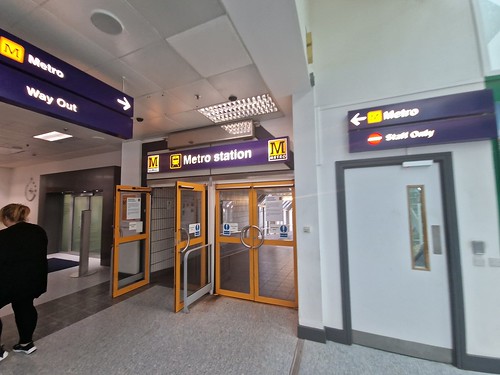 Continuing on from the earlier riveting blog post, I was safely at Newcastle airport and ready to get to the city centre using the Metro system. I’ve used it before on a few occasions, but I’d entirely forgotten nearly everything about it. But, that’s the advantage in having a blog, the memories can all come flooding back. 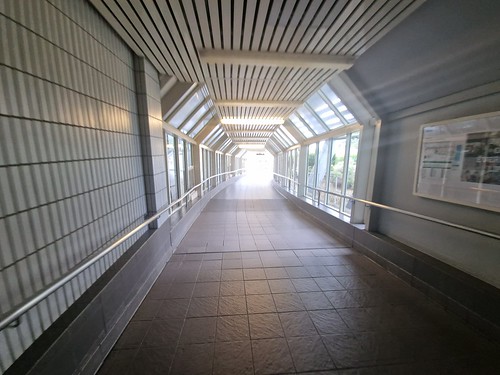 Fortunately, there were plenty of signs saying which ticket to buy as well as numerous machines which were easy to operate. It’s formally known as the Tyne and Wear Metro, although often commonly referred to as the Newcastle Metro. The network isn’t as popular as it once was and it feels a little tired, it’s not really a surprise that passenger numbers are lower than they were in the 1980s when the Metro opened. 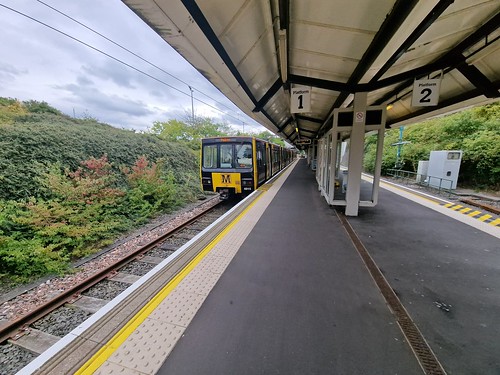 I like using different public transport systems and this one seemed to run regularly, although the signage wasn’t always particularly clear on platforms. The prices are also expensive, but yet the penalty fare for not having a ticket is set at just £20. They’ve already increased fares by 10% at the beginning of 2022, so they’re going to struggle to raise them again, or at least, they’ll price even more people off the network. However, they get some lovely shiny new trains next year, so that might boost ridership. It’s notable though that the £3.90 to get to the city centre is more than to get from Heathrow to central London, which is £3.50. 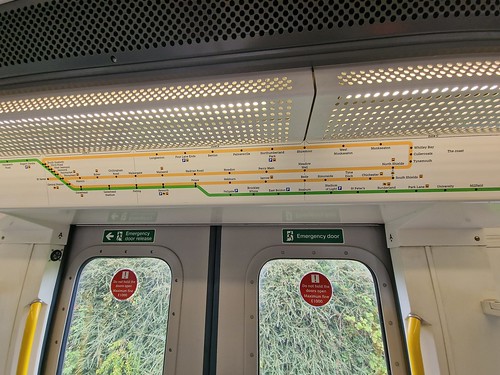 It’s quite a complex network, but the airport service goes directly to the city centre and there’s no need to change. 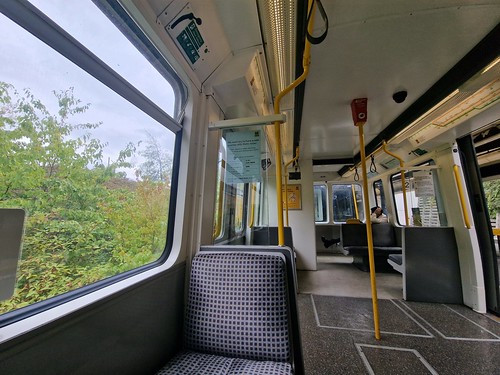 It was all clean and comfortable, although I didn’t see any staff on platforms or walking through the trains. 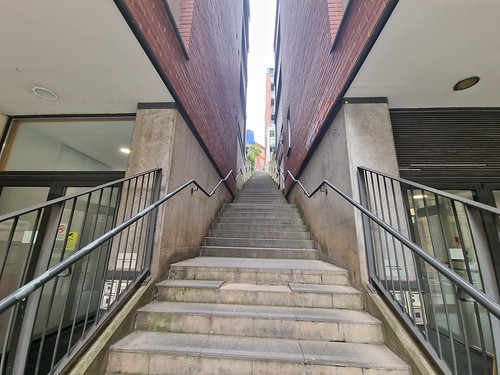 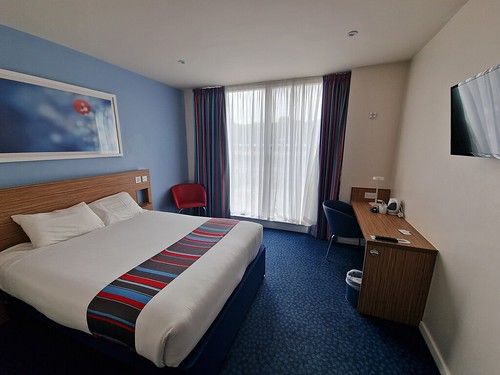 The standard Travelodge set-up, this was once seemed to have been modernised relatively recently and it had air conditioning which sort of worked. It was nice and bright, with everything working as it should. 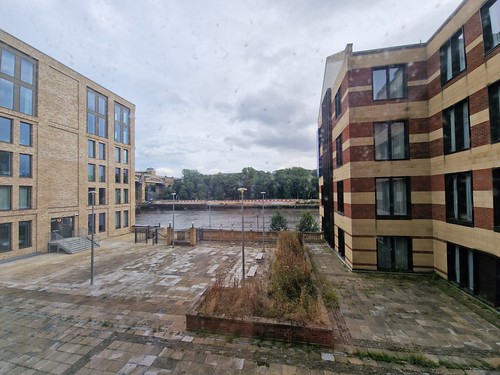 The windows didn’t open, but I was pleased at the views over the River Tyne. 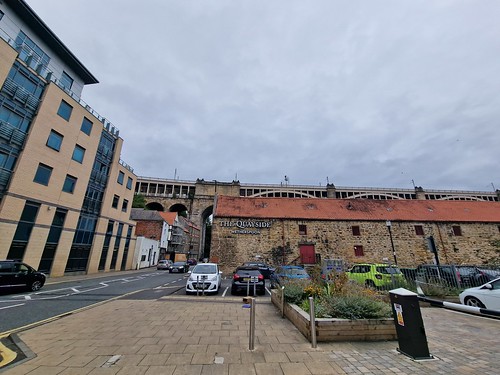 As the hotel was next to the Quayside pub, operated by JD Wetherspoon, I popped in there on my way by. It’s not the first time that I’ve been here, I remember going here with Liam a few years ago. The pub seemed organised and clean, but the real ale selection was the weakest I’ve seen in any Wetherspoon pub, just some generic options from the generic Greene King. It’s a quite a well reviewed Wetherspoon though (well, relatively), although I’m puzzled by the recent review:

I can’t imagine how bad they must have been for a Wetherspoons to turn someone away, I’m quite intrigued. 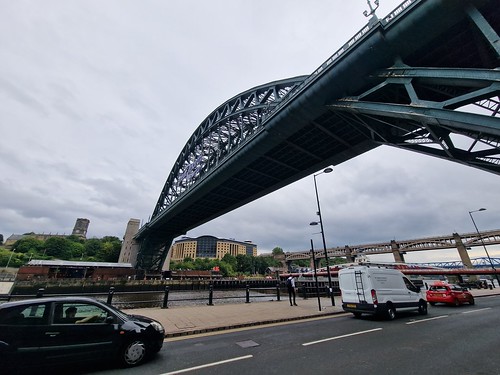 There didn’t seem much point in staying at the Wetherspoon pub if there was nothing interesting in terms of beer, but I was more excited about the next venue, the Head of Steam Quayside which was just a short walk away along the Tyne. 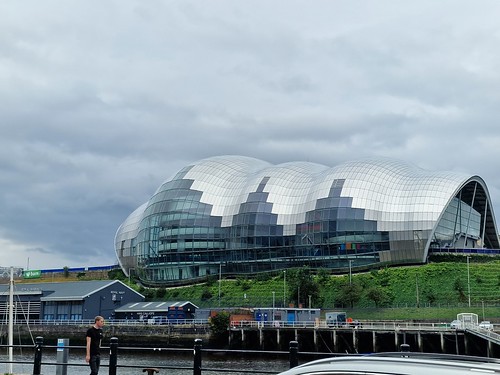 Views over the Tyne to the Sage Gateshead, and a BAM hoarding for those with good eyesight (or just strong observational skills). 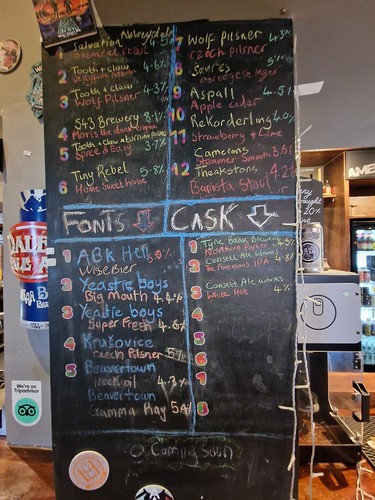 The beer list at the Head of Steam Quayside, which is one of two venues that they have in Newcastle and I hadn’t previously been to either of them. The pub’s Untappd list was out of date when I visited, but it has been updated since. There’s a decent selection of cask and keg, with a range of different beer styles. 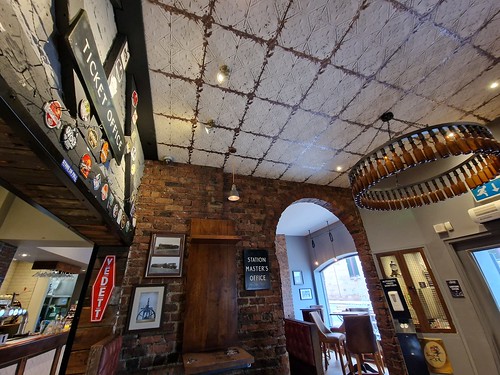 A quirky interior, I liked it. All very laid-back and comfortable, this is a pub that I’d visit regularly if I lived a bit nearer to it. It’s not actually as well reviewed on Google as the Wetherspoons that I walked into and then out of again, which seems odd. It mostly seems to be reviews about the food and service times, customers seem much happier about the beer. 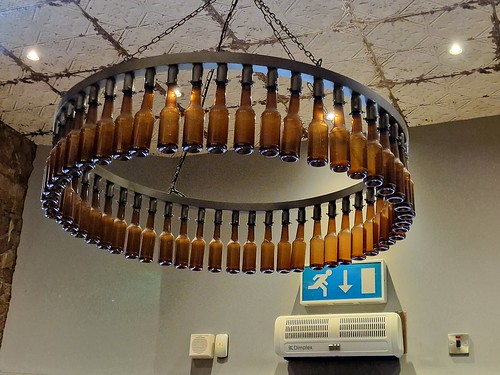 I thought that this was creative (the light, not the arrangement of safety devices at the back). 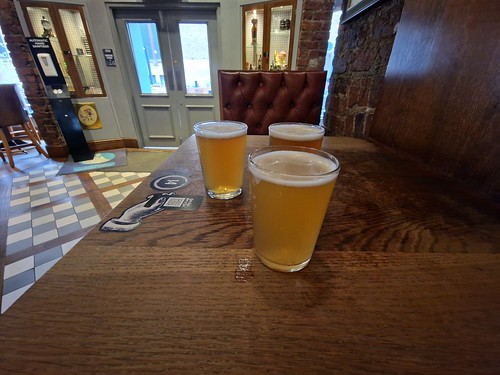 The barman complimented me on my strategy of ordering three one thirds, so I decided that I liked him and that he had excellent judgement. He was conversational and engaging, indeed there was an inviting atmosphere to the whole arrangement. I had the Jellyfish Nebula pale ale and the Spree & Easy IPA from Tooth & Claw Brewing, although the little star of this show was the Maris the Dank Engine 2 from S43, an 8.1% Double IPA. 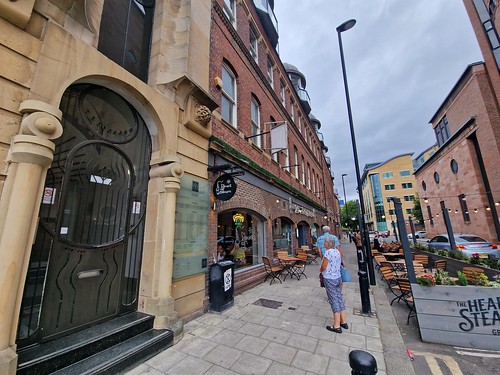 There’s an outside seating area as well for those who like sitting in the street, although it’s not really my thing.

As there are quite a few more pubs for me to still write about from my evening’s meander around Newcastle, I’ll break that into a separate post. I would claim that it’s to increase anticipation, but it’s realistically just so I can make progress in a slow and steady manner in actually posting things.