Continuing on from my little meander which had started at Head of Steam Quayside. 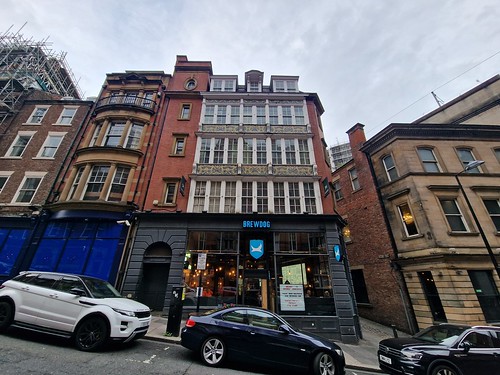 When I visited Newcastle last year, the Brewdog was closed, which meant I never got to tick it off my list. 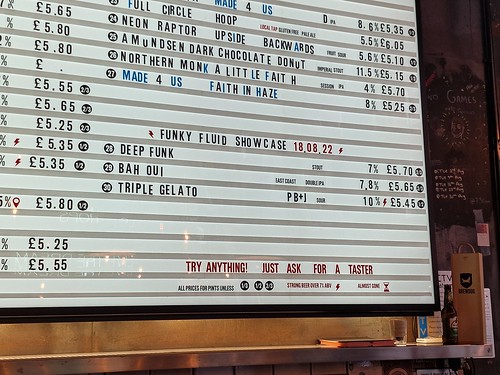 I was pleased to see the selection from Funky Fluid, one of my favourite breweries, it was just like being back in Poland for a brief moment. Well, perhaps I exaggerate there, but it’s nice to see Funky Fluid beers in the UK. The service in the pub was friendly, engaging and personable, with the team member nonplussed by Brewdog Plus. I’ve used that word deliberately as I’m moderately amused (I need to get out more) that the word ‘nonplussed’ is used to describe complete opposites (ie, a contronym), it’s original proper meaning is to be perplexed. But, mostly it seems used today, and indeed how I’m using it here, to mean the reverse, as the team member knew exactly how to process it. He mentioned he couldn’t serve the Funky Fluid beers yet as they weren’t officially on, which I assume means that they weren’t on the till, but he gave me tasters of two of them. That included the Triple Gelato Peanut Butter and Jelly, one of the finest beers out there, which I had in Krakow a few weeks ago. 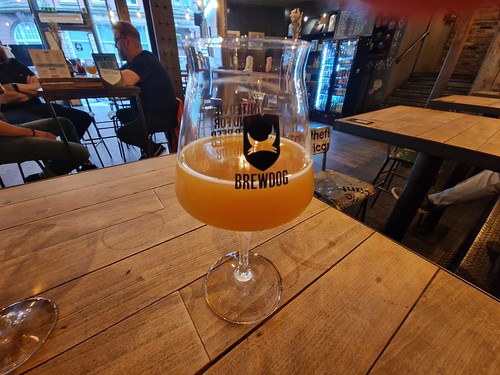 The very acceptable Made for Us from Alpha Delta Brewing, a local brewery. 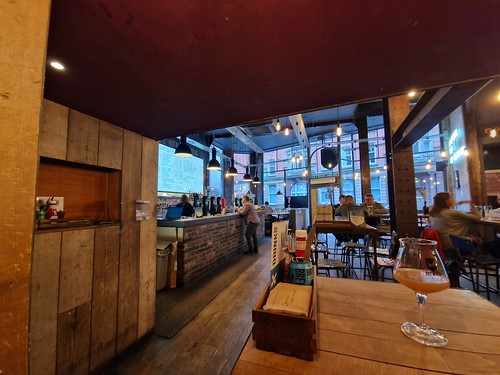 The bar had a laid-back atmosphere, although I had expected it to be a little busier in the evening. It’s very well reviewed on-line, although I was moderately humoured by this review:

“My friend, wearing a yellow suit was refused entry as they do not allow fancy dress. When told that this was his normal attire the BrewDog employee rudely replied ‘I very much doubt that’.” 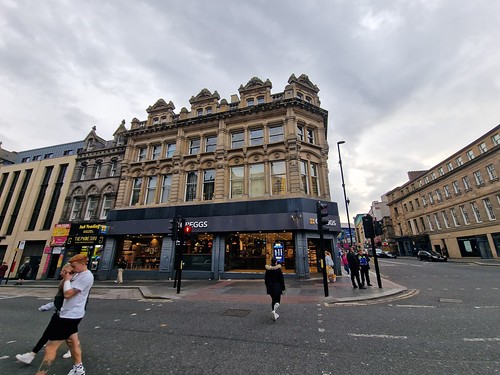 It was then a quick visit to Greggs to pick up my free sausage roll as part of the O2 offer. This branch opened until 04:00, showing just what a modern and dynamic city Newcastle is. Norwich doesn’t have any late-night Greggs and it’s that sort of cosmopolitan and on-trend approach that we need here…. 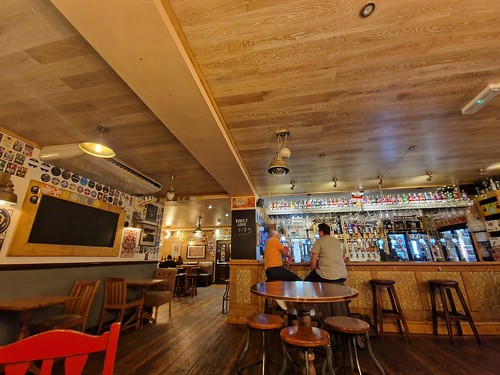 The Quayside Head of Steam I had visited earlier in the evening had opened in 2016, but this Head of Steam outlet in the city centre is much older and was opened in 1996 (and I think was their first). This bar set-up is a little unfortunate, the pub hadn’t updated its beers on Untappd, there was no blackboard and two customers were sitting in front of the pumps. The only thing I could do was to take a photo of the pumps and get the barman to read them out individually, a situation that wasn’t really ideal in a venue that was otherwise empty. The service was welcoming, although I was puzzled once again why this venue was so quiet for a Thursday evening. 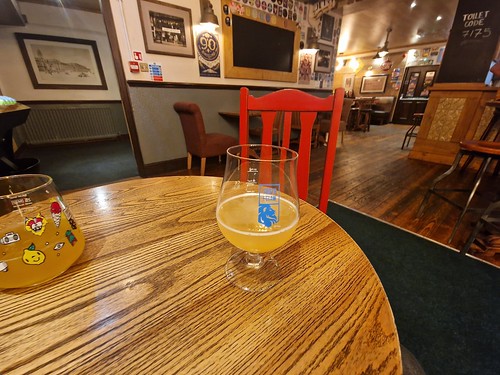 I went for the Cloudy Lemonade from the nearly always reliable Vault City and the Papaya Don’t Preach from Brew York. Both beers were suitably refreshing, but the lemon curd taste from the Vault City was really rather lovely. The bar has now updated its Untappd list of beers and they have some excellent options, but as I couldn’t see at the time what else they had, I just left. My own radical opinion here, not that anyone will care, is that if they can’t keep Untappd up to date, then either list beers on a blackboard or take those chairs away from the bar. 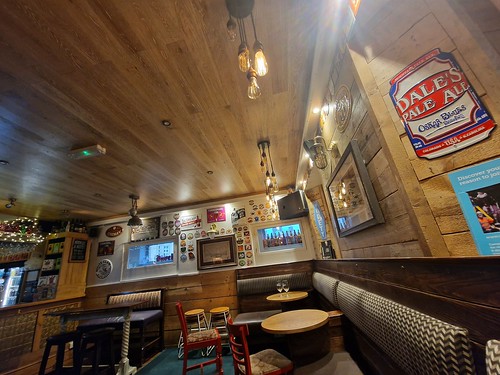 Some of my professional photography skills, let’s call this artistic rather than on the slant. It’s a slightly odd design as well, the toilets are on the ground floor, but the bar itself is on the first floor. 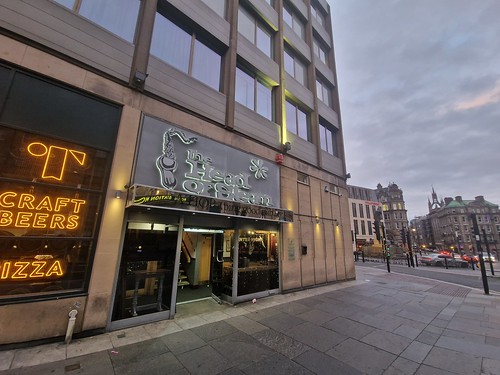 The outside of Head of Steam and next door was the Newcastle Tap (the craft beers and pizza is visible at least) and unlike their neighbour, they had an up-to-date Untappd list and the beers were also clearly listed above the bar. 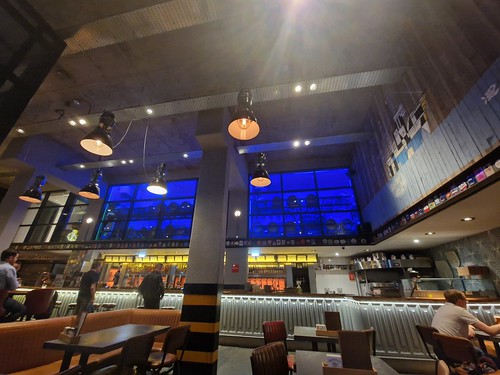 A fancy interior, I liked the barrel arrangement upstairs, that looked rather decadent I thought. They were serving pizzas as well, and although I had already eaten, they did look tempting, with 12 and 18 inch options. I managed to resist though, which I thought was quite impressive of me. This was another bar with a relaxed vibe and it felt suitably on-trend, with a mixture of cask and keg like the other pubs, but perhaps the widest range of cask options I had seen all evening, including at the Wetherspoons that I didn’t stay long in. 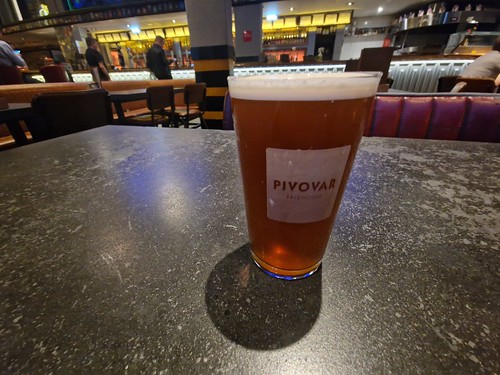 The bar is operated by Pivovar, who also run the Tapped Leeds amongst some others such as Pivni, Sheffield Tap and York Tap. I went for the John Barleycorn from Northern Alchemy, which was a little bland although it was well-kept. 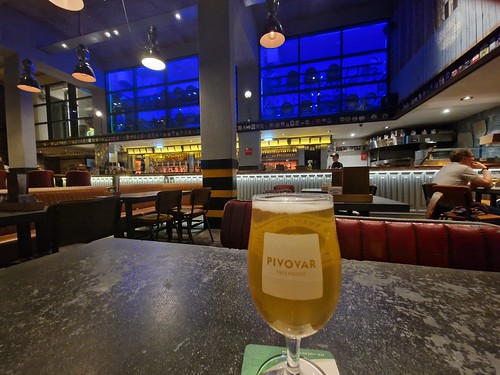 The second beer I went for was the Honeycomb Pale Ale from Seven Bro7hers Brewery, lots of honeycomb here and a very nice drink to end the evening on. They make a chocolate honeycomb stout as well which I’ll look out for, that sounds like a liquid Crunchie bar to me and needs investigation. 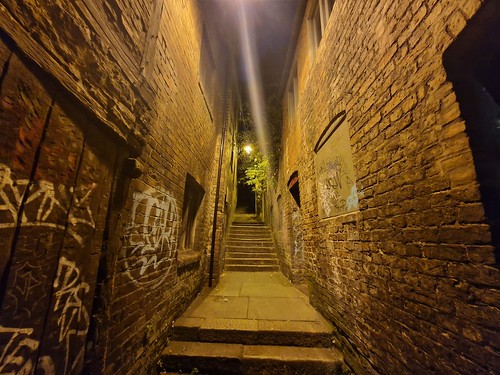 Back to the hotel down these steps, I was quite pleased to see that there were numerous others walking up and down as otherwise it would have felt quite eerie. 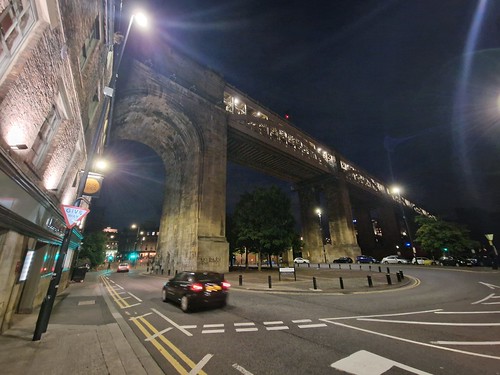 Back under the High Level Bridge, which had been constructed between 1847 and 1849, designed by Robert Stephenson. It’s not the most subtle of structures, but it is an engineering marvel for the period and it’s Grade I listed. The top deck still carries trains over the Tyne, whilst the bottom deck carries cars (although recently it has been limited to taxis and buses) and pedestrians. 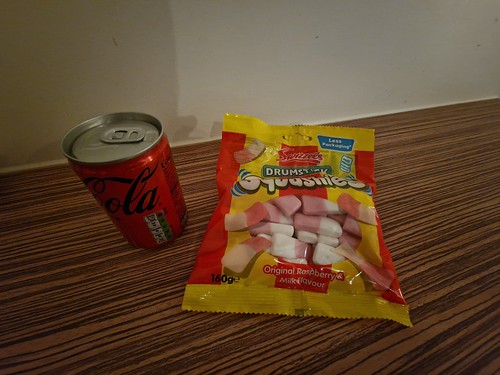 And a healthy evening snack in the Travelodge.

Thursday – Metro into Newcastle, Craft Beer and Peace at the Travelodge (Part 2)