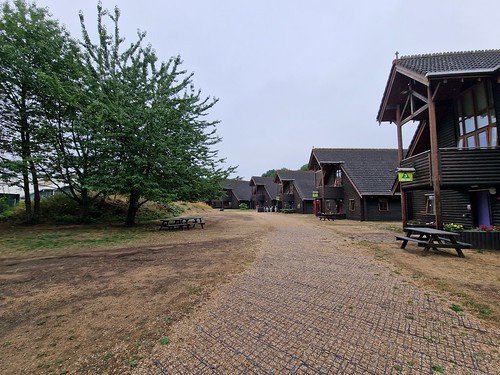 Starting Thursday having stayed at the YHA at Lee Valley, I was fully rested and ready for the excitement of crossing London during a rail strike. Although I’ve trailed that bit with the title of this post really. 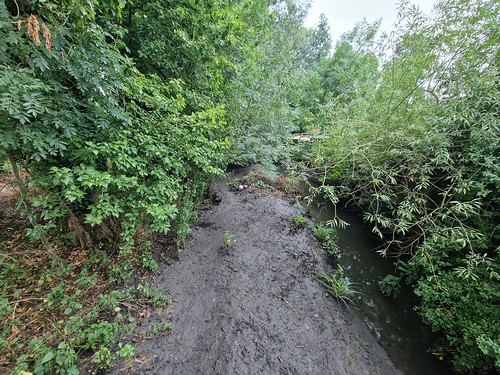 Much of Britain has been a bit short of water recently and this is the River Lea looking the driest that I’ve seen it. Incidentally, it can be spelled either Lea or Lee, or as Wikipedia notes “the spelling Lea predominates west (upstream) of Hertford, but both spellings (Lea and Lee) are used from Hertford to the River Thames”. 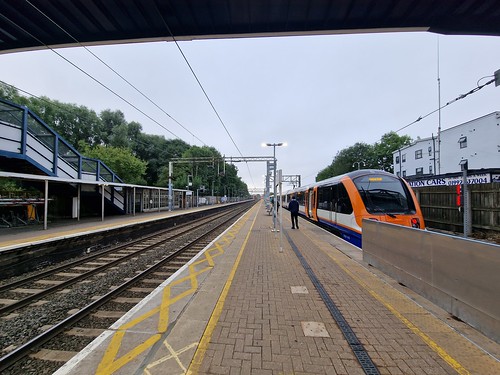 The railway tracks for the Greater Anglia services are on the left, but they weren’t running at all from Cheshunt, although there were some trains shuttling up and down the line. The Overground was operating, although it wasn’t going to be the next day, but only from 08:00 which is later than usual. I wanted to get across London as quickly as possible for my 13:20 flight, so I caught the 08:02 service. I’m not entirely sure why the Overground was operating later than usual, but I assume it was because there were difficulties in getting drivers in on time. 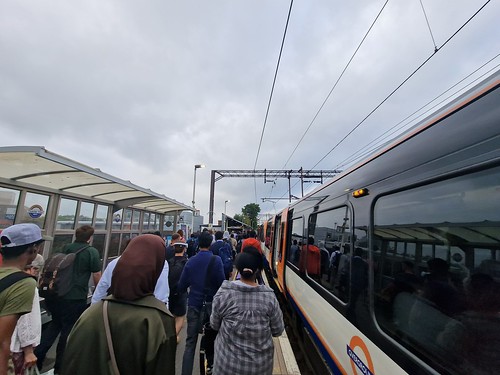 The service was busy when I got off at Seven Sisters, but I think that was just a lot of people switching to the underground network who would have otherwise got the train into central London. It wasn’t busy for much of my journey, but I can imagine it was nigh on intolerable for many. 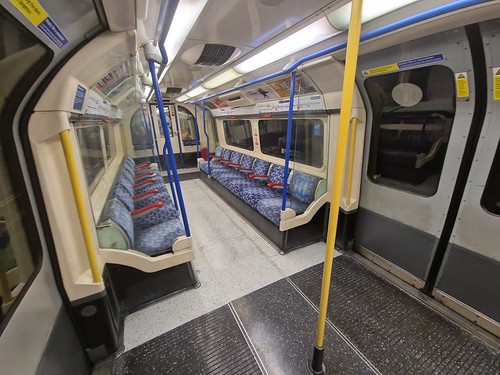 This is how I spent much of my journey, in the peace and quiet of the underground. I arrived at Heathrow T5 at around 09:40, which was as fast as I could have expected even on a day without strikes, so I was more than pleased with TFL. 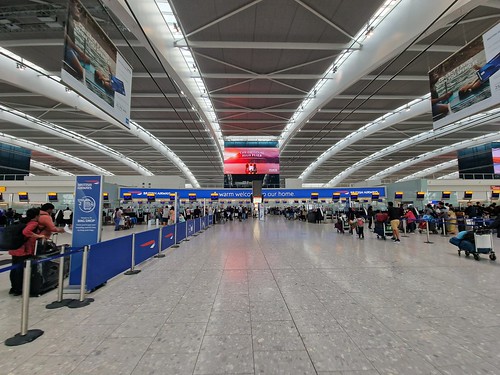 I don’t often fly on domestic flights for environmental reasons (and my flights will be decreasing sharply next year anyway), but I have to note, it is much cheaper and convenient than using rail. However, I didn’t have many options when I needed to be in Newcastle and the trains weren’t running. A single fare cost £30 on BA, which I thought was very reasonable and compared to the railways, it’s just far better in terms of comfort, speed, efficiency and cost.

They’ve changed the security queueing system around a bit and I was stopped from going to the premium security bit by a staff member who said that there was no access via the way I wanted to go. I asked how I could get to the premium security line and she pointed me the way that I had been going. I suspect my dishevelled look must have slightly disorientated her. The staff were all friendly, but there was a woman complaining that her liquids were being seized. Again and again this happens, surely people must realise they can’t sneak stuff through, although I’m always impressed how surprised people pretend to look. 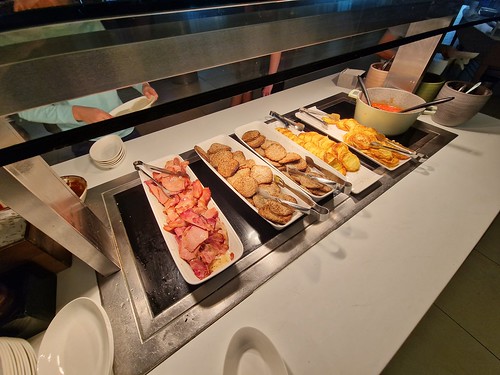 I had time to visit the BA Galleries South lounge and the breakfast spread here has improved no end recently. I’m not saying this is world class, but it’s more than sufficient and everything has reverted to being self-service once again. I’m pleased that they’ve stopped insisting on putting the bacon and sausages into rolls, it’s now served separately. 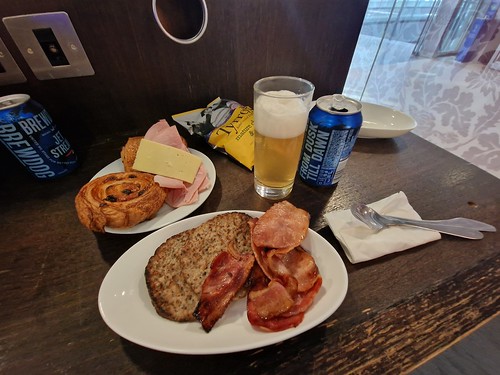 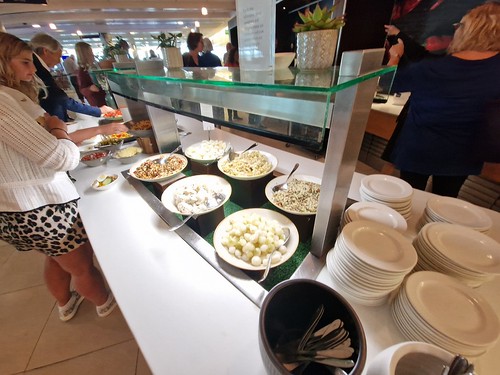 There’s now a market table as they’re calling it, with salad items and the like, as well as rolls. 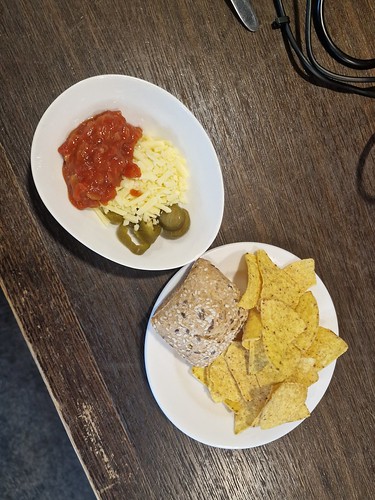 And it’s the first time that I’ve seen nachos in a BA lounge as well. 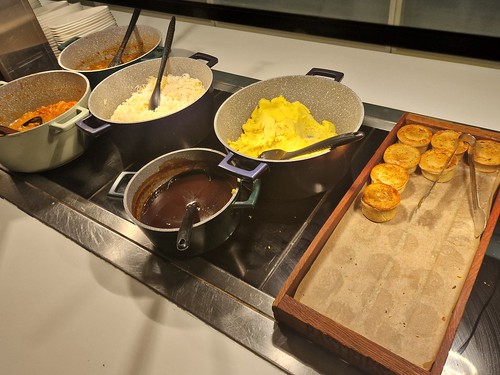 Some of the hot options, which includes pies, chicken curry, vegan curry, chilli and the like. I was very pleased that the gravy was self-pour. They took the breakfast options away just before 11:00 and brought the hot food out just after 11:15, which I think is earlier than it used to be. 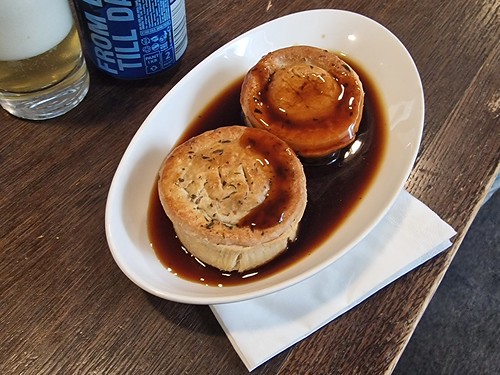 I was pleased to see the gravy was self-serve because that meant I could drown my pies in it, just as I like them. I’m easily pleased I accept. They’ve changed to pea and ham pies this month, and the quality is very acceptable indeed. I could have had quite a few of these. I know that as I did have quite a few of them.

There seem to be a lot of screens down around Heathrow at the moment, although the number of staff seems to have increased. 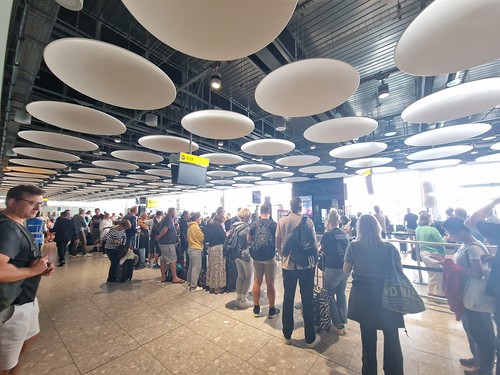 Boarding was a mess and it took them nearly 40 minutes from announcing the gate was open to letting people through. It’s easy to be critical, but they could have explained what was happening as I could see the annoyance on the faces of some people. And, if I couldn’t, the man next to me shouted down his phone to someone “it’s blasted carnage here”. I’ve changed the “blasted” word to be less rude, but readers (if it’s plural) of this blog can guess the word he used. I privately thought that the word “carnage” was a bit strong for a queue of this length, but sometimes people like to recount their stories of drama.

It transpired, as the pilot mentioned it on board, that the computer system had gone down and the gate staff were trying to fix it. They probably could have just said that whilst we were waiting, but they did look short-staffed and perhaps they were just focused on getting people through quickly. Boarding by group fell apart, although the queue I was in moved quickly and so I boarded relatively early. It was all fine, but it isn’t helped that there aren’t enough seats in this part of the terminal, so it’s not entirely comfortable waiting. 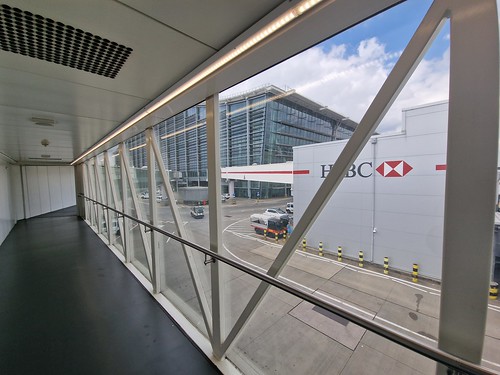 I can’t recall many air bridges that are so long, the terminal building is visible at the rear of the photo. 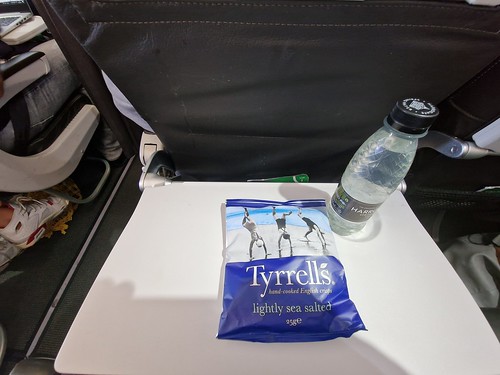 The flight was impeccable as ever and I had plenty of space and no-one seated next to me. The snack was the same crisps and water as with every other flight, but I’m content with that. Helpful and personable crew, but that’s fairly standard in my experience of British Airways. 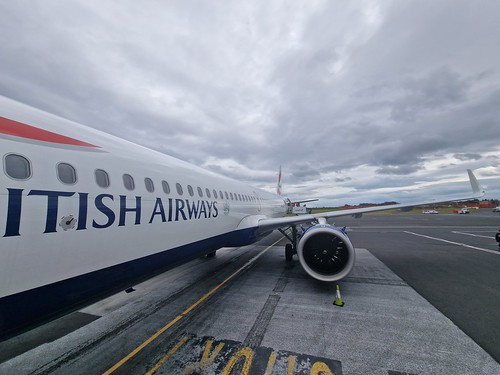 Safely in Newcastle in under an hour from taking off. We had taken off 44 minutes late and arrived 38 minutes late, but I wasn’t in any hurry, so all was well. The boarding had been a bit odd as people were trickling on the aircraft for over half an hour, but on a day of a national rail strike, I was just glad to have arrived safely. 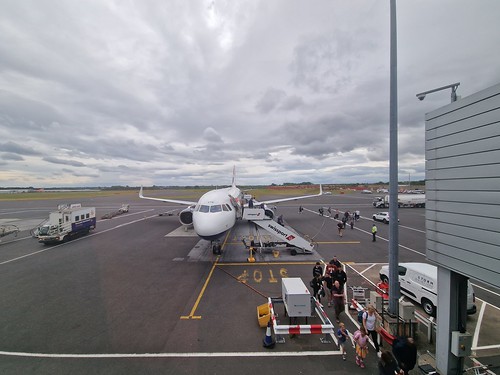 The aircraft is G-NEOR which as the registration suggests is an Airbus A321 NEO which BA have had since new in 2018. Of no interest to anyone else, but just for my own interest, I haven’t been on this aircraft before. The weather was colder than I’ve experienced in Norfolk over recent weeks, which to be honest was just a relief.

And I’ll leave this post here, starting off again soon enough with getting on the Newcastle Metro into the city and then checking that the pubs were all still open.