At the moment, I switch hotels to whichever seems to be the cheapest in London for the evening, with that exciting accolade going to Travelodge Fulham yesterday with their room for under £25 for the night. Easily accessible from the nearby Fulham Broadway underground station, it’s a convenient option for those coming from central London.

It’s not exactly the most decadent choice, but it’s a serviceable hotel option and the staff members at the front desk were helpful and engaging. The public areas seemed clean, if not entirely well maintained, and one of the lifts had a missing button to get to one of the floors and that wasn’t entirely ideal. My room and this is the first time I’ve experienced a hotel in the UK that doesn’t have a duvet on the bed, just sheets. There was a reason for this, which was that the room was very hot and the building hasn’t been blessed with air conditioning. The duvet was though there in the room, in that blue bag in the corner, for anyone who wanted it. Richard was staying in the same hotel, and he looks for decadence and expense in everything, so he upgraded himself to a Super Room. In the interests of showing the difference, this is his room. I didn’t allow him in it until I had taken photographs of it, although fortunately he didn’t complain at that situation. It does have a nicer feel to it. The Super Room costs £5 per night more than the standard rate and for that the guest gets a coffee machine, a Kit Kat, nicer curtains, a nicer framed picture on the wall, a more comfortable (but less practical) chair and, well, that’s it. In some hotels, the guest would enjoy free air conditioning as well, but that wasn’t offered here. Richard did though get a fan that I didn’t get (although they’ve available at reception for us less decadent guests), so I think he felt his £5 was well spent. Incidentally, and I won’t go on about it, but Richard broke the coffee machine, but fortunately, I was there to ensure that the machine worked again. Sometimes you just need someone practical…..

Although the hotel was quite hot, it is the case that London is quite hot at the moment, so that could perhaps be forgiven. Given the prices currently being charged, I thought that the value was really rather good, especially as there were no noise disturbances either externally or internally. The kettle in my room needed replacing, but I didn’t let that bother me, as I was busy collecting my free decadent coffee machine drinks from Richard’s room.

The hotel is reasonably well reviewed, although on that review front, I did have a little browse through what guests had put on TripAdvisor. One reviewer had the title “teriminlly ill guest thrown out of hotel for having one ciggerate in room by manager” [sic] which is as it sounds, the guest decided to smoke in his room and was furious that the hotel was annoyed at this situation. The hotel unsurprisingly remained furious and stood by their decision.

A few guests also noted that there was lovely air conditioning in reception and by the lifts, so they suggested moving bedding and sleeping there. To be fair, the reception area was kept beautifully cool, so that wouldn’t be the worst idea in the world, although I’d be interested to see what the staff thought about it if anyone tried. Another guest, also annoyed at the lack of air conditioning, posted a review titled “the oven of hell”, which summed up his experiences. He suggested, and this is a good strategy:

“We had a fan on in the room, the curtains closed, window open, but the only way to sleep was to soak the towels in cold water and drape them over us whilst we slept!”

He’s probably right though that it might have been better to put some form of air conditioning in rather than spend years fielding complaints from guests. The review about someone who left their phone charger is well worth a read, I can see why the staff soon got fed up with hearing about this phone charger.

Anyway, I thought it was all clean and organised, so I’d happily stay here again, although only at a lower point. I note some guests paid over £100 for their rooms, and I can imagine why they were annoyed at the temperature issues. 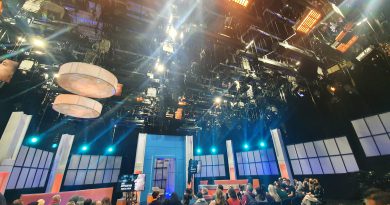 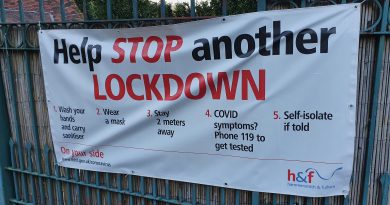