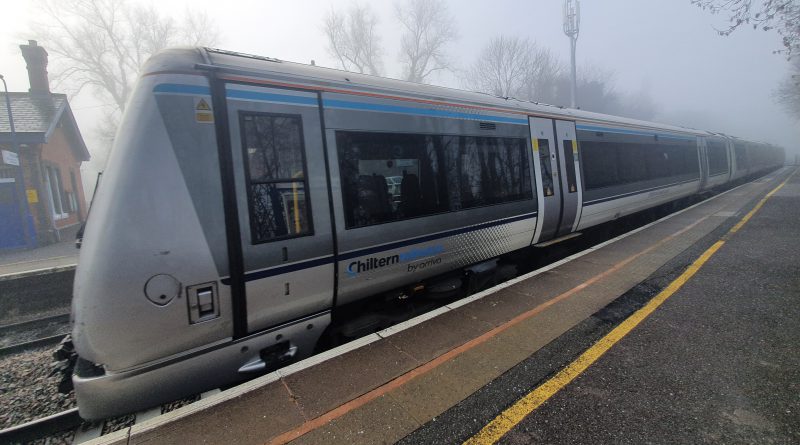 Off on a little day trip to Royal Leamington Spa, which cost just over £2 return, which seemed a fair price for the rail journey. This is Warwick railway station, opened in October 1852 on the Oxford to Birmingham rail line, which is a surprisingly basic and tatty arrangement at the moment (the station, not the rail line). The railway station isn’t a listed building and there’s little to excite anyone in terms of the architecture. Not much has changed in the area over the last 120 years, although the footpath that meandered across the railway tracks has now been replaced by a tunnel. The delightful (well sort of) tunnel under the railway track. This is the main set of buildings on the Birmingham side, but there were once station buildings on the London platform side as well, but these have been demolished for customer comfort (or whatever excuse they used) and replaced by a rickety old outdoor waiting room area. The buildings on the Birmingham side are reduced from when the railway station was reconstructed after a fire in 1894. That fire was substantial and had been caused by the overheating of a stove in the booking office, with the fire brigade being able to save some of the structure. The staff were able to smash down some of the internal wooden partitions in a bid to save paperwork and a large stock of railway tickets. The local press noted:

“During the time that the fire was raging, Police Inspector Hall and a staff of constables preserved admirable order, and effectively prevented the quickly gathering crowd from interfering with the efforts of the Fire Brigade and station officials”.

I slightly wonder what they through the crowd were going to do. The press also added that the debris was quickly removed and that:

“The old station was built from designs by Brunel and was principally of wood. It is is hoped by the townspeople that the Railway Company will now take the opportunity of erecting a handsome station, with every convenience for the travelling public”.

They did get a new station, but I’m not sure it had every convenience…. Welcome to Warwick for a great day out. It’s about a ten minute walk into the Warwick town centre. An old milestone noting that it was 108 miles to London Paddington, although this is a little irrelevant now as the trains don’t go to Paddington. There are nearly no facilities at this station, there’s a taxi office, a very small waiting room and not much else, with no proper shelter on this side of the lines. There are no toilets either, which seems an omission for what should be a relatively important station. A Great Western Railways bench, probably from the 1930s. The train came creeping into the station on time. The train was comfortable for the four minute journey…. There’s little of note really about this service, other than the train was clean, there were plenty of seats and there was power available (I managed to get my phone charge up by 2%). Everything was on time, although I didn’t see any staff during my four mintes. One of the waiting rooms at the station, this was restored in 2011 and is a useful space, with power, heat and doors that keep opening randomly. Unlike Warwick, there are toilet facilities at this station. It’s fair to say that Royal Leamington Spa railway station is much more architecturally impressive than the one that Warwick has. The first station here was also built in 1852, at the same time as the one at Warwick was constructed, but this grand Art Deco construction dates from between 1937 and 1939. But more on this another time as I’m back in Royal Leamington Spa in a few weeks for the LDWA AGM weekend.

As a rail service, all was well and everything ran on time. I wonder though about what they can do with Warwick railway station, as the facilities are very poor compared to Leamington Spa. I know that Leamington Spa gets nearly five times as many passengers as Warwick, but something a little more exciting would be nice here. Anyway, I was once again entirely satisified with Chiltern Railways. 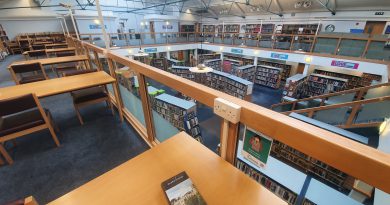 Friday : Mild, Saying Goodbye to Stratford-upon-Avon and the LDWA AGM