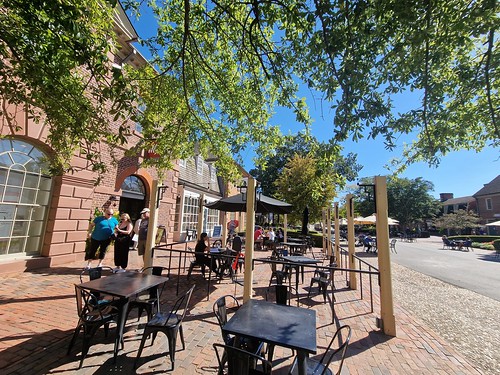 It was a lovely day in Williamsburg after the storms the night before, and ideal for those who enjoy sitting outside in the burning heat amongst the insects. Obviously, I wanted air conditioning and to be away from insects, so I went indoors. 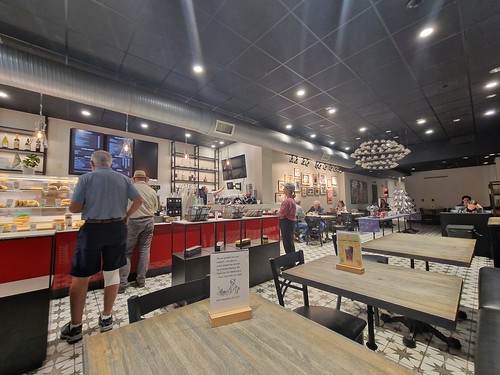 A rather lovely cafe with a one hour limit sign on the table, which was a little superfluous during my visit as it was never that busy. It wasn’t the cheapest arrangement ever, a coffee was just over £4 although I can’t keep complaining about the exchange rate (although I likely will for a while yet). I did stay for around an hour, although I had to move on to see other things at that point rather than feeling obliged by the sign. 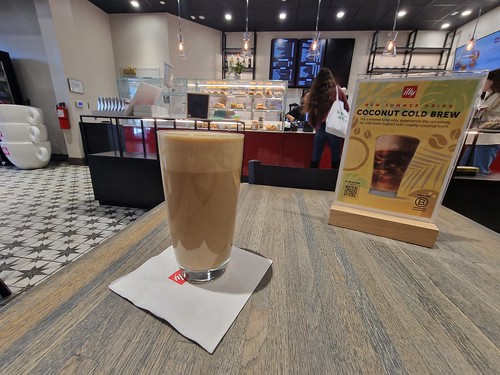 A hot latte and I think under half the customers order a hot coffee, it’s all about chilled drinks in the United States. Although, having said that, I’ve since got back into that habit, there’s something rather decadent about iced latte until the blasted ice melts. I understand Illy coffee is meant to be of a very high quality, although I couldn’t taste anything particularly exceptional about it, but it was pleasant enough. That coconut cold brew sounds rather lovely incidentally…..

Oh, and I liked the big coffee cups, visible in the left of the above photo.

As an aside, I liked the angry customer who left a review saying:

“The difficulty stems from Starbuck’s marketing decision to use a real Italian term for a real Italian coffee to sell a drink that is not exactly the same thing. They have over 5,000 stores and many more outlets, so the term has been taken over. The “macchiato” part of the coffee refers to the combination of a small amount of steamed milk added to an espresso making a rich brown pattern that they called “stained””

The customer replied, still annoyed that they visited Italy often and knew exactly what an authentic macchiato was. Personally, I think the cafe is right, but I’d better not wade into macchiatogate. This is one problem with coffee though, it’s so complex ordering one now with the myriad of different options available. But, I digress.