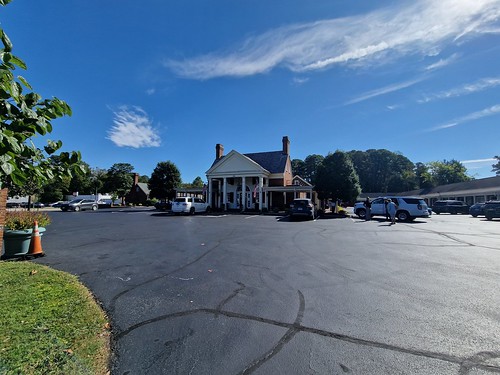 After a far from ideal walk in the dark from the Amtrak railway station in Williamsburg where the authorities had forgotten to put sidewalks in places, I checked into the Rodeway Inn which was the first proper hotel of this trip. I arrived in the dark, but my nighttime photo was a bit blurry, so here’s the front of the hotel the following morning. Price-wise, the hotel was around £50 per night including breakfast, which I thought was very reasonable given the current exchange rate. 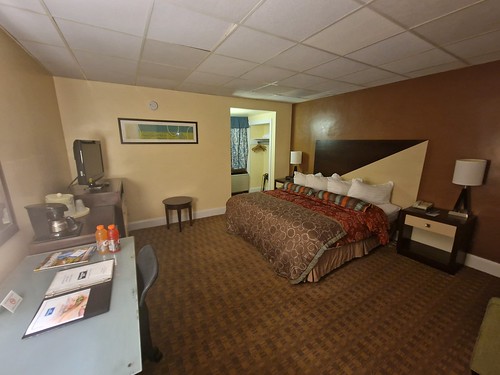 The room was the traditional American motel style, spacious and with a powerful air conditioning unit which I very much liked. They like the colour brown in a lot of these motels, I’m not sure it’s the most uplifting of colours. But, it was clean and comfortable, so all was well. 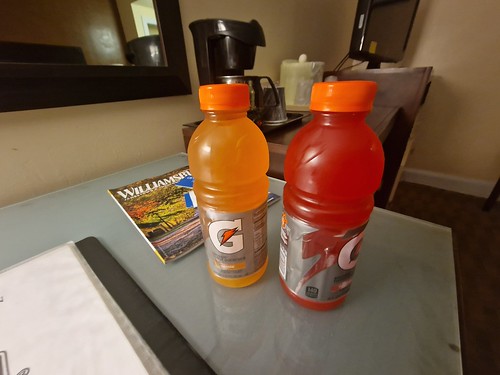 They were selling very reasonably priced Gatorade at reception, so that was the evening’s drinks of choice. 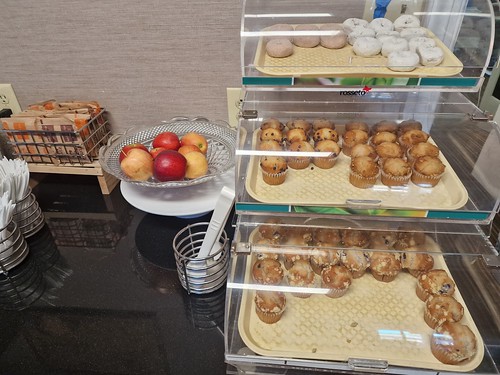 This was the breakfast the following morning, the usual really healthy doughnuts and muffins type selection, along with orange juice and coffee. I have to say it’s not the fine choice of cheeses and meats that I love from mainland Europe, but I don’t mind a doughnut or eight. 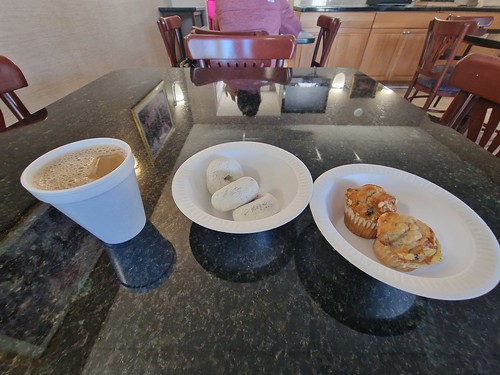 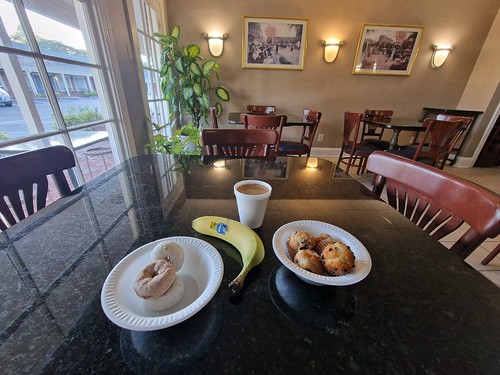 I decided to incorporate a banana on my second morning at the hotel….. 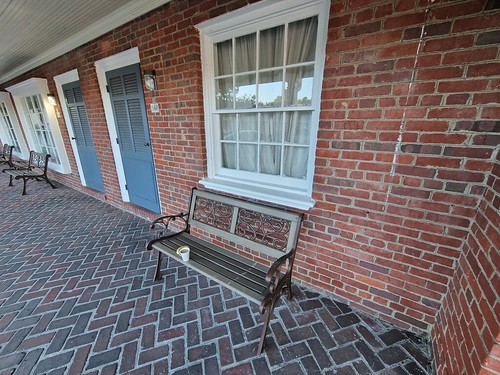 This felt very southern American, with every room having its own bench to sit and look out onto the car park with. It annoyed me slightly that people did this as I had to keep saying hello to them as I walked by, this definitely wouldn’t catch on in the UK.

I liked my two nights at this hotel, it was quiet and it seemed family run as these Choice Hotels franchises normally are. I was pleased with everything for the price and it’s only about a ten minute walk into the centre of historic Williamsburg, so it was ideally suited for my needs. I’m not sure that I’ll have a need to stay in Williamsburg again in the near future, but I’d stay here again if I did.