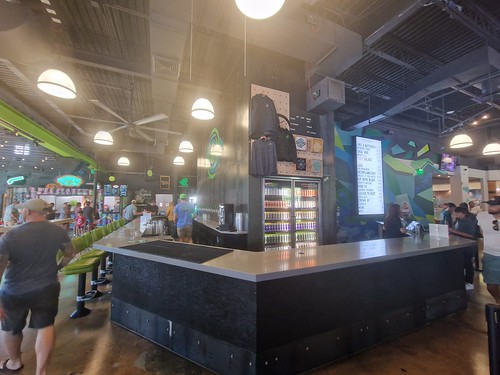 After a morning of walking around the historic buildings of Colonial Williamsburg, I thought I had better see what the craft beer options were like in the town. Given that this was such a touristy location I wasn’t entirely optimistic, but the Precarious Beer Project was centrally located in the town, was Untappd verified and was also well reviewed. 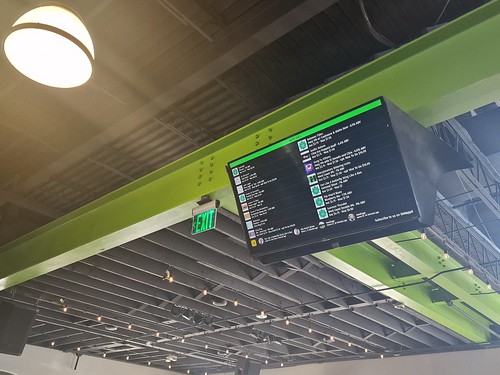 I must change that photo of me on Untappd. But, anyway, here’s the beer list, although I’ve also taken a photo of the printed menu which is further down this post. Credit to them for being listed on Untappd incidentally, it makes it much easier to look at the available beers in advance. 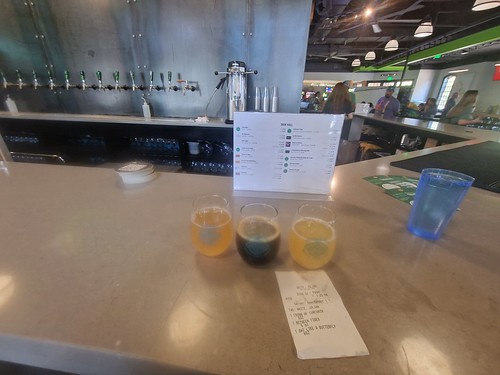 I went with three different beers to start off proceedings and they were all of a very decent standard, despite being across a number of beer styles. The Hip Hop’d Blues and the Oat Like a Butterfly Sting Like a Bee were my favourites, the latter was a oatmeal stout which was rich in taste and had an additional flavour of honey. 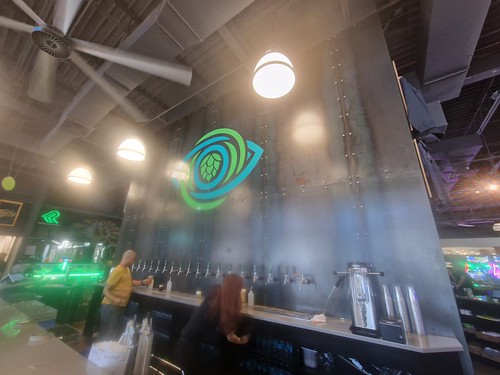 There’s a central bar area and then numerous food outlets around it including burgers and tacos, which you can purchase from and then eat at the bar itself or at the plentiful nearby bench seating. I went for tacos, but more of those in the next post. 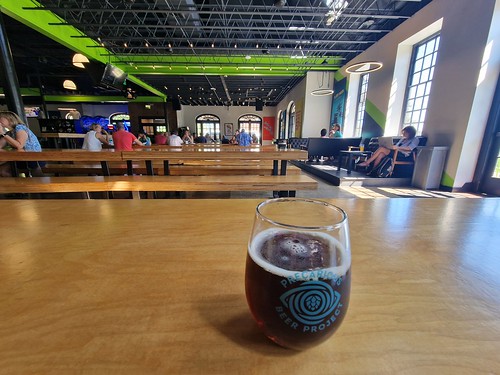 Jumping ahead to the next day, as I returned to this bar before I got my train, I had another couple of beers and they were excellent again, the very agreeable Knuck if You Buckwheat brown ale and the Kung Fu Kittens NEIPA. As a brewery, I was impressed that they were producing such a wide range of different beer styles whilst also maintaining the quality. Some of the beers they were brewing seemed to be quite innovative, especially brown ale which isn’t widespread across this part of the United States. 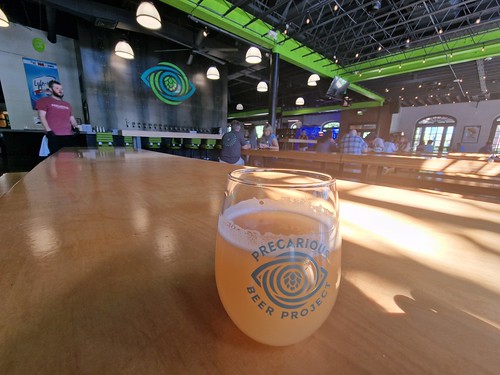 There was a minor incident with this, as I needed to visit the facilities and I asked the barman to put my two drinks behind the bar. He willingly did that, but when I returned he couldn’t find them and he guessed his colleague had thrown them away. I mentioned I had nearly finished the brown ale, but he repoured both drinks back up to their original level so that was handy. 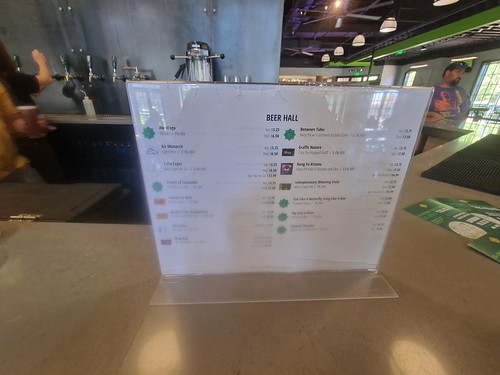 I mentioned that the reviews were very positive, although this one seemed very angry:

“The establishment itself has a great feel for downtown Williamsburg however the beer selection is very narrow minded, if you like hazy IPA’s your in the place but nothing else is worth while.”

I’m slightly puzzled how anyone took a look at their beer menu and thought that, unless the brewery had recently decided for one day to just stock IPAs…. But, above is the beer menu from the day that I visited. And another student was angry they had been carded (IDed)….

“Bad service, targeted specific groups for carding. Would not go with friends again!”

I liked the brewery’s response.

“Martha, we are legally obligated to card any patron under the age of 35. If you were with a younger group, and/or appeared under the age of 35 than our team did their jobs. We are sorry if this legal obligation created a poor experience for you. Calling this “discrimination” however is completely and totally ridiculous. Might we suggest that you lobby for a change to the legal statute mandated by the Virginia ABC.

In addition, it is our assumption you were a part of the group we asked to leave, as a result of having under aged patrons who refused to show ID, and we’re then discovered attempting to pass beer between each other. Your entire group was asked to leave, as this is company policy for any groups discovered to have under aged drinkers attempting to consume alcohol. Lastly, our assumption is the school of William and Mary, with whom your affiliated with would frown on students under the age of 21, consuming alcohol illegally.

There are plenty of other local college hangouts that may turn an eye to this type of thing, but fortunately we are not one of them.”

Sounds reasonable and I like a robust response from a venue. But, once again, I’ve digressed and so I’ll conclude that I very much liked this bar. As noted, I visited twice because I felt the beer options were so strong and the service was friendly and efficient on both occasions. Despite being in such a touristy location, I think they’ve delivered an authentic package of decent beer, clean and modern surroundings with friendly and engaged staff.