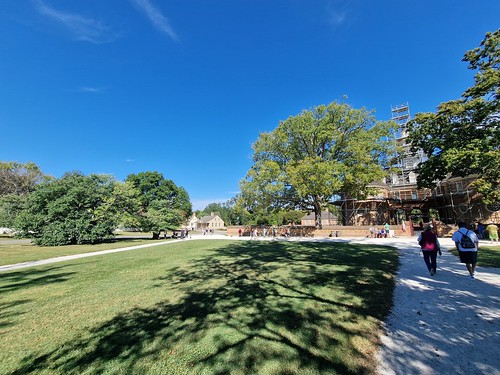 Unfortunately, much of the Capitol building in Williamsburg is under scaffolding so it’s not possible at the moment to see it in quite its full glory. 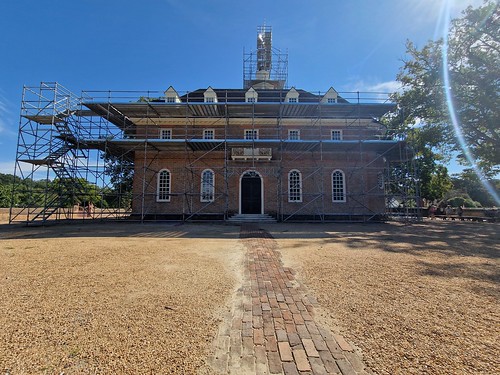 This photo from the side is better, but it’s the history of what was once here that’s important. The current building is a recreation dating to 1934 when Colonial Williamsburg was being created as effectively an open-air museum, but it’s on the same site and was meant to look the same as the original Capitol building that was first constructed here in 1705. Virginia’s first Capitol was built in Jamestown, but that burned down (again) in 1698 and they moved it inland to Williamsburg partly for defensive reasons and partly because they were tired of living in a swamp. It took just under four years to build and there was a wing for the Governor’s Council and a wing for the House of Burgesses. 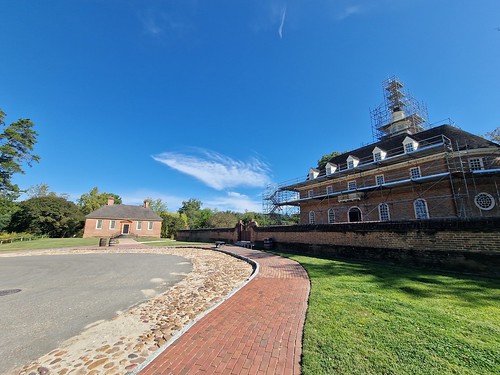 Things went well for quite a while, or at least until 1747 when the Capitol building burned down which wasn’t ideal. It was a marginal decision, by just a handful of votes, that voted for a reconstruction of the building rather than moving to another location in Virginia, but the replacement Capitol was constructed between 1748 and 1753. That lasted until 1779, when they finally moved to Richmond for defensive purposes because of the effects of the American War of Independence, with its last meeting on 24 December 1779. That was when the Capitol building in Richmond came into usage, which I had already visited.

In the meantime though, there had been some impressive speakers at the Capitol building between 1753 and 1779, including George Washington, Thomas Jefferson and Richard Henry Lee. And, also, if history would have played out differently, Williamsburg might well have remained the capital of Virginia if Richmond hadn’t of taken its place. Incidentally, George Washington knew Williamsburg well and visited on numerous occasions, including spending his honeymoon here.

As for the Capitol building in Williamsburg, it became rather abandoned and forgotten about. The east wing was taken down in 1800 before it fell down and then most of the remains were destroyed by fire in 1832. That was the end of the original buildings, with only the foundations remaining, until it was decided to reconstruct it in 1934. Rather unglamorously in 1881 the line of the Peninsula Extension was built right through the middle of Williamsburg along Duke of Gloucester Street and went straight through the former Capitol building, not entirely respectful of the heritage of their colony. Anyway, that lasted from 16 October to 13 December 1881 when all other manner of complaints meant they shifted that section of the railway a little to the north, where it remains today.

I didn’t go inside, but for anyone interested, there’s a complete walk-through of the building at https://virtualtours.colonialwilliamsburg.org/capitol/.