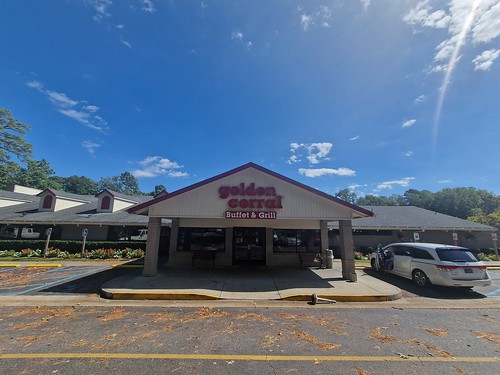 It was a bit of a trek to this Golden Corral, not helped by the sometimes disappointing policy that some American authorities have in not always providing sidewalks. The chain has suffered during lockdown, visitor numbers fell from previous levels after they reopened due to concerns about the pandemic and they’re still not where they should be with some of their outlets permanently closed. 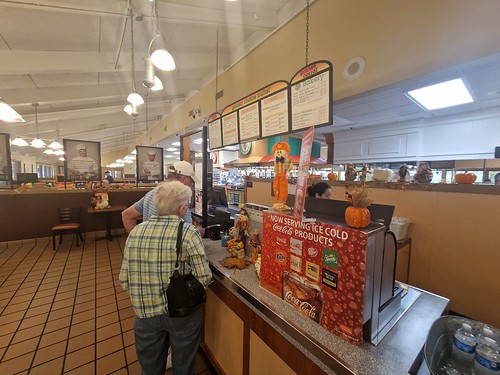 Customers pay on arrival and are given a plate which they take to their table along with a receipt which tells the server which drink they’ve purchased. This is clearly my sort of place, I don’t like excessive service so just being handed a plate at the entrance is sufficient for me to start proceedings off. 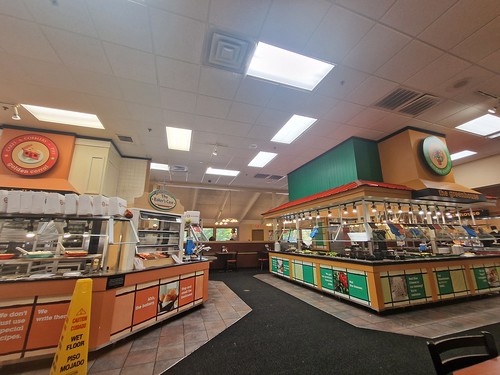 Once you’re in then you can take your plate to any of the food service areas. They require gloves to be worn, which I think are probably more trouble than they’re worth, but if it helps people feel safe then all to the good. 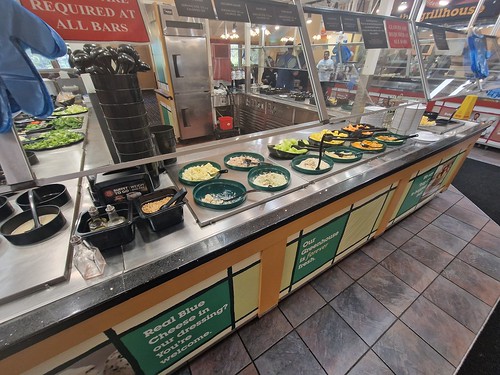 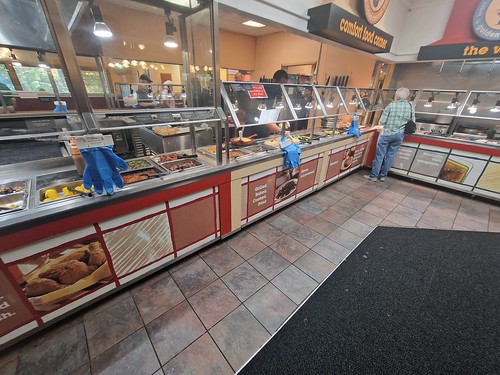 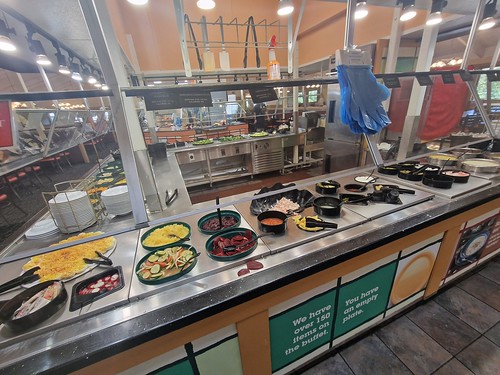 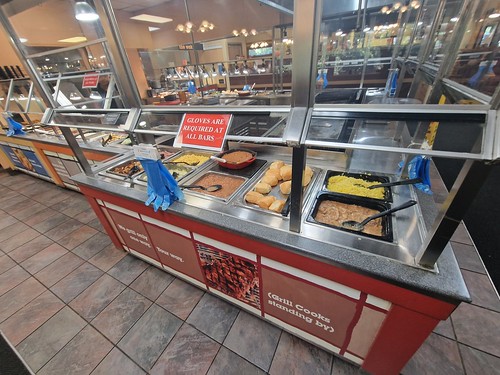 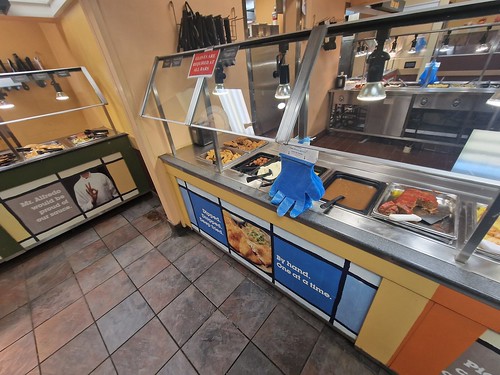 Some of the food that was available and I will admit that not all of it looks entirely beautiful in its presentation. 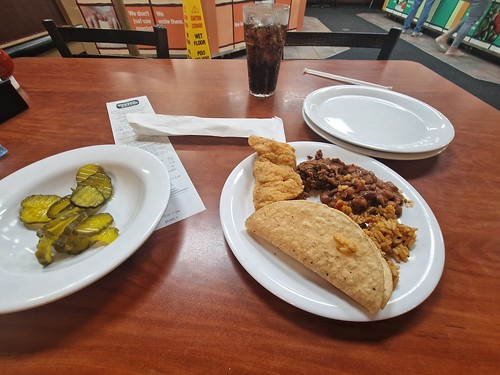 And here come excessive photos of food, I started with tacos. 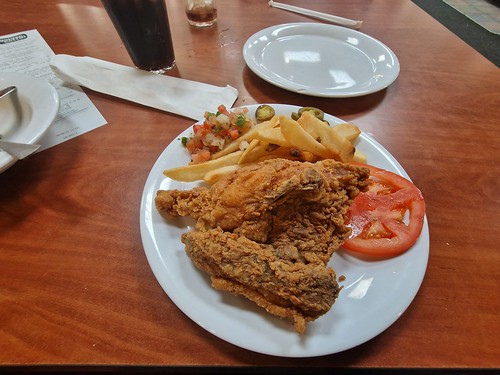 The smallest piece of fried chicken that I could find. 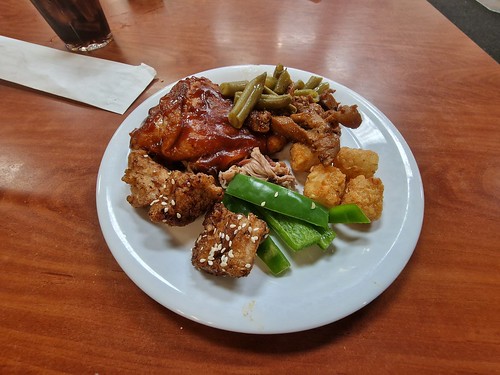 Chicken of various kinds, including a rather lovely sticky chicken in sesame seeds, along with what I would call a huge portion of green beans. 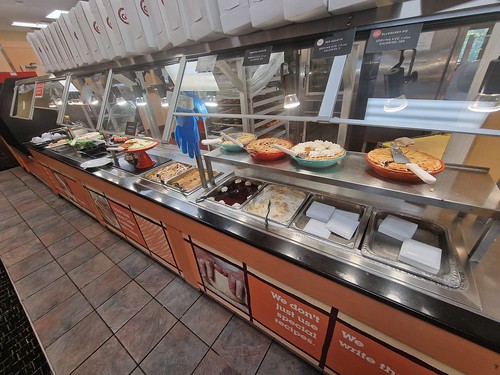 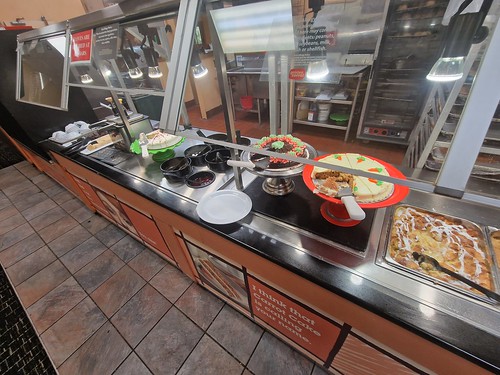 The desserts that were available. 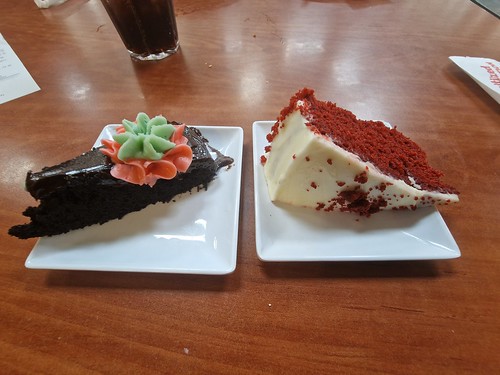 I really didn’t need either of these, but there we go, I got them anyway.

The server was helpful and friendly throughout, bringing me a constant supply of Dr. Pepper and new plates. The food quality was entirely fine, but rarely exceptional if I’m being honest, it’s very much a pile it high sort of philosophy. Items such as the fried chicken were a bit bland, but everything was at the appropriate temperature and I liked the tacos. The desserts were probably the strong point, although I dread to think how much sugar was in them, although I suppose that I could have just opted for the fruit. But I didn’t. The meal came to around £17 including the tip and refillable drink, which is a very affordable price and I paid when the pound was at its weakest (I’m a little behind writing this trip up).

I do wonder what the future is for all you can eat restaurants in the United States given the high cost of food and energy at the moment, but I hope that they can survive and prosper over the next few years. The chains in the UK have pretty much all collapsed with the exception of Cosmo who seem to have pretty much cornered the market, but their expansion has slowed down. I would though revisit this restaurant if I was in the area again, and indeed would visit other outlets in the chain.