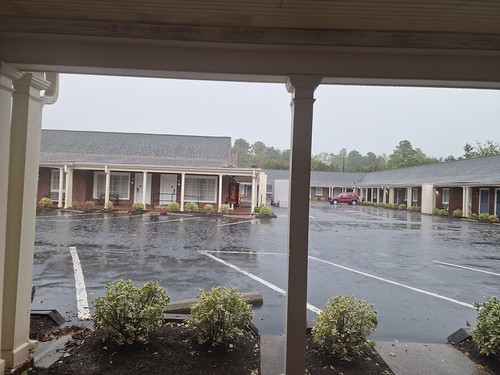 After spending most of the day walking around Colonial Williamsburg looking at buildings, as well as popping to the bar and eating tacos, I went back to the hotel for a while and managed to time it rather well. This photo doesn’t show just how much rain there was and I then noticed online that there was a weather warning. I tend to not bother looking at the weather in advance, as unless it’s serious I can’t do anything about it and so I don’t need to know about it. Or, put into other words, I didn’t expect quite this much rain. 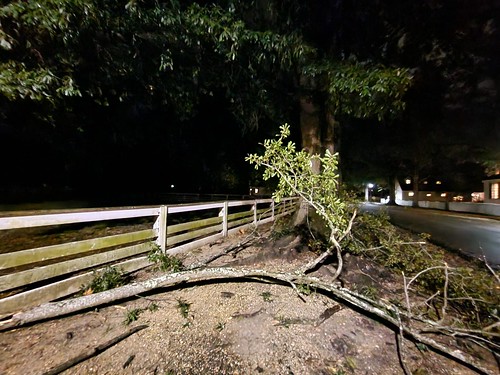 I walked back into Williamsburg when the wind and rain had calmed down and there were tens of trees which had lost branches during the storm. 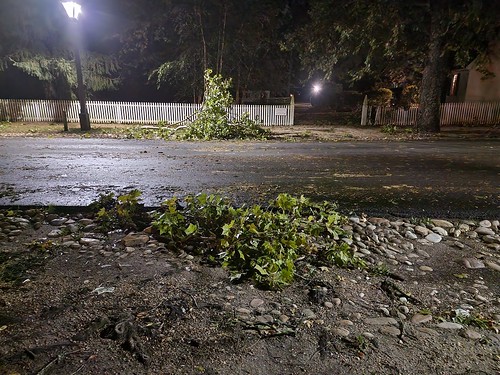 It was also very quiet and I didn’t much like the atmosphere in the area, it felt strangely foreboding. It was though I had spent too much time thinking about the colonists in the town and how they would have likely felt very unsettled and worried about storms in their new home. The colonists had a fair amount to worry about in that regards, especially as Jamestown, as the weather was often severe and could cause a lot of damage. And not only that, they were worried about rattlesnakes, a problem for the colonists of Virginia, as the damn things often come out after a storm because their home has been flooded. 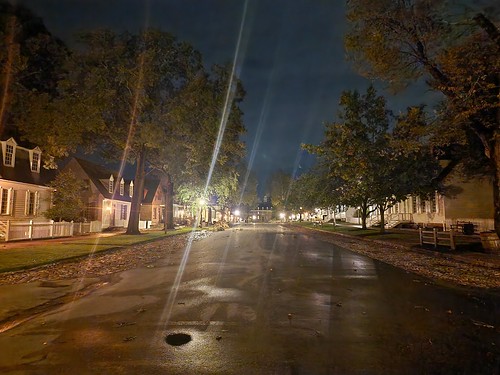 I had also gone out to see what Williamsburg looked like in the dark, to see which buildings were lit up. To cut a long story short, it just looked dark and buildings weren’t lit up at all. This photo suggests a lot more light than there actually was. 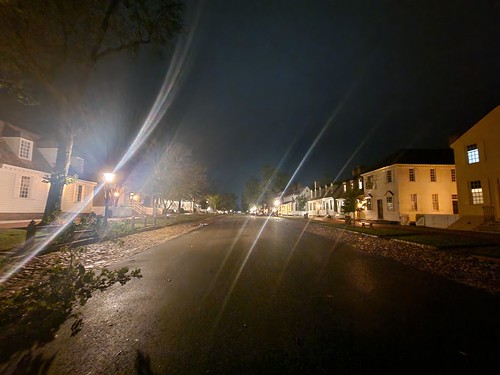 More branches on Duke of Gloucester Street. I shuffled off back to the hotel quite quickly without feeling the need to linger for too long, as it was dark and there wasn’t much to see. And I decided that there might be a threat from rattlesnakes as well coming out in herds…. There were already work crews out trying to remove branches in the road and I had a slight concern that it might mean my rail journey out of Williamsburg the next day might be delayed, as the train line passes through a lot of wooded territory in this area. Fortunately, and as a slight spoiler, there were no such issues.