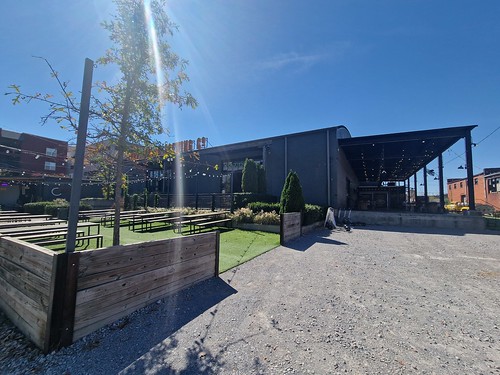 After a busy morning at the Birmingham Museum of Art, it was most definitely time for a beer. The Good People Brewing Company have large premises, including this substantial external beer garden. 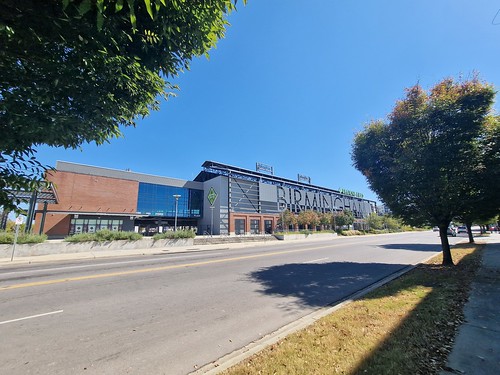 The brewery is located opposite Regions Field, the home of the Birmingham Barons baseball team. This area of the city felt very different from the downtown area that I had spent the morning in, although it’s a short walk away. Money has been spent here and it seemed to have a rejuvenated feel to it, it was the only part of the city that I visited where I got this impression. 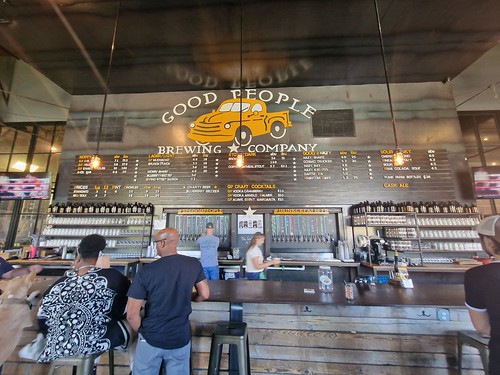 That looked suitably tempting. Also, I was delighted to see they not only had hangers at the bar (that’s one of my signs of an excellent pub) but also power points which was very useful as my phone battery was depleted after taking something like 386 photos at the gallery. Of which I’ve used about ten, but there we go…. 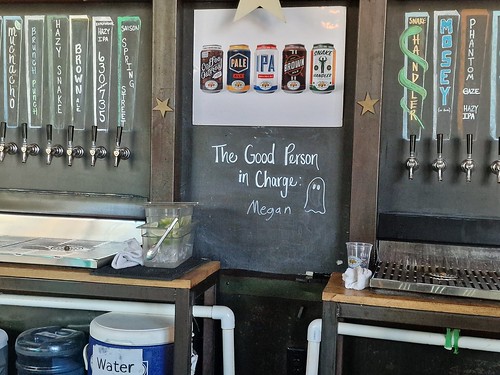 The welcome was timely and seemed genuine, it was an inviting and comfortable atmosphere so I lingered here for quite a while. Actually, I thought the ambience was vibrant, which is sometimes my codeword for hinting that it felt like Fight Club, but here it did seem that customers were just excited to be at the venue and none were disruptive or annoying. 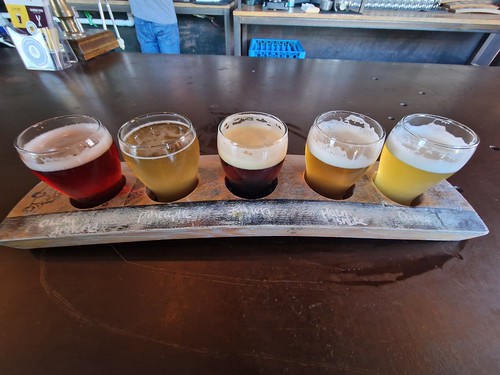 They were happy to do a flight of five various beer options, my favourites here were the Pineapple Tart sour and the Cherry & Almond sour. The brewery is known locally for its IPAs and they have a strong focus on those, as well as plenty of sour options as well. 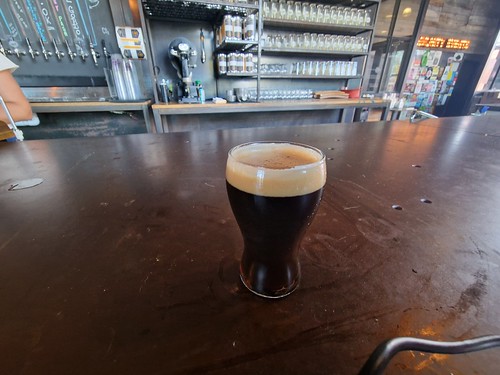 And I ended the visit off with the brewery’s Coffee Oatmeal Stout which was very acceptable. The venue has Hotbox outside who offer street food most of the week, although on Mondays and Tuesdays there are rotating food trucks servicing the needs of drinkers. This was the only bar that I went to in Alabama, as although there were some tempting breweries and bars in Birmingham they were nearly all out of the centre and I didn’t have time to walk there. But, I certainly could have picked worse and it was a rather convivial afternoon.