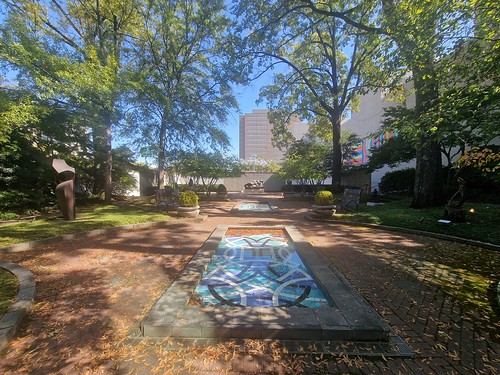 I’m determined to get to the end of blogging this US trip and so I will have to content myself to posting about just four artworks that I was particularly engaged with at the Birmingham Museum of Art in Alabama. These are pieces by:

The above photo is of the sculpture garden area of the museum, located at the rear, that the friendly person at security told me not to miss. And she offered a lovely welcome, kindly putting my backpack by her desk so that my life on the move wasn’t stolen, as well as giving me an explanation of the gallery’s holdings. The welcome was personable and it felt like the gallery was just well managed. 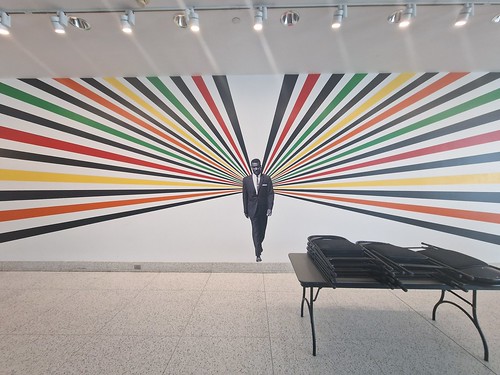 The rest of my visit was as positive as the start of it, with everything well signed and easy to find, although I had been given a free map anyway. There was also no charge to access the gallery (and there never has been since they opened) although I was disappointed that it wasn’t a little busier given how strong many of the collections are. Everything worked in the gallery, whether that was the wi-fi or the on-line information that they have about their exhibits. 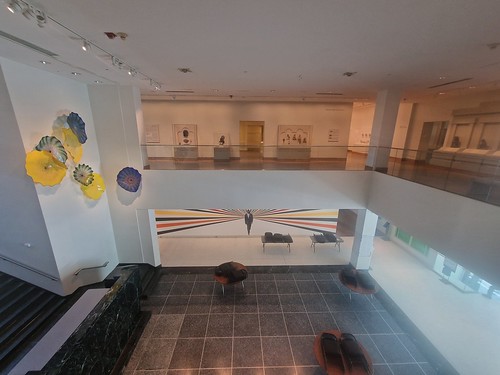 The gallery was open and bright, with plenty of seating for when visitors were just a little tired. Although the gallery has got that covered, their web-site notes:

“If you get a bad case of museum fatigue and want to sit down, no worries, you can still explore the BMA’s artworks on the smartguide by using the index”.

Whoever has written the gallery’s web-site has impressive communications skills, this place exudes a welcoming vibe. Even their section on photos, which is sometimes a barrage of things that can’t be done, has been crafted to show just how much they encourage photos and engagement. 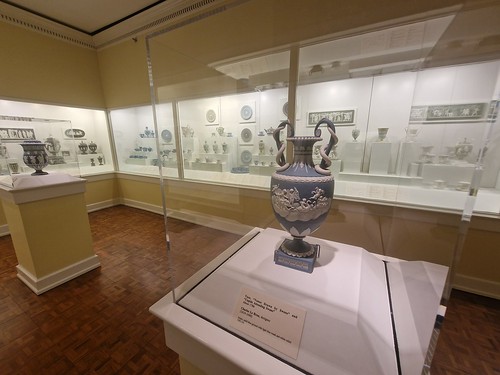 This is very much a museum that really needs more than one visit, the collections are too substantial to properly do them justice in just one day. I lingered mostly on the paintings, but there were also collections on pottery (the museum has an extensive array of Wedgwood pieces), pre-Colombian art, Native American art, Asian art, African art and many more.

The museum was opened in 1959, which feels relatively late for a nationally important institution, although it had origins from early clubs and exhibitions. Birmingham as a city has had some difficult decades, so it is perhaps fortunate that this institution was established in the growth years when more things perhaps felt possible. However, it seems to have been well financed by the city and they were able to open a new building in 1993, which is the one where they’re located now.

The reviews for the museum are nearly all impeccable, although I noticed a couple from people who have got muddled up with Birmingham in the UK and left comments for the wrong place. And a few angry people were furious that the gallery had a policy on masks, a typical no-win situation for them. But amongst those annoyed visitors, there are tens of thousands of glowing positives for the work of the staff.

I came here as the Birmingham Civil Rights Institute’s web-site said they couldn’t deal with my bag and although I was disappointed not be able to see their collections as I was deliberately in the city to learn more about the history of the civil rights movement in Alabama, this replacement museum certainly didn’t disappoint in any way. A huge bundle of joy in the centre of Birmingham.