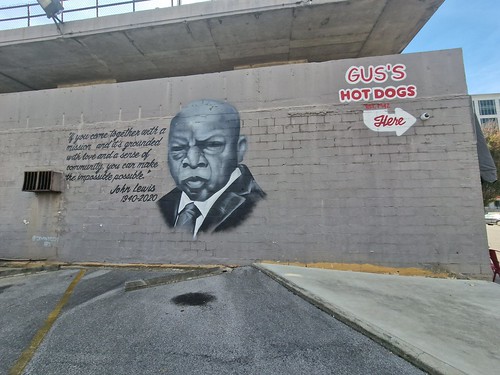 I don’t have any photos of this venue, but here’s some street art of the great John Lewis.

This was my first walkout of any venue in the United States in all my trips to the country over the last decade, or at least the first one that I can remember. Service in the US is nearly always impeccable, with anything going wrong nearly always promptly resolved. With a couple of hours before my train departed, I thought I’d try this venue although something didn’t feel quite right from some of the reviews. It is though part of a small chain and offers two of my favourite things, namely pizza and craft beer, so I persisted.

I had a short wait to be welcomed as the team member was greeting other customers, but she clearly didn’t want to be there and there was a minimal greeting offered. I have no idea why and I can’t judge as someone might have very challenging private issues that they’re dealing with, but I can’t say she was particularly personable at that moment. But she walked me to a table away from most of the other customers, which felt slightly odd and I did wonder whether she didn’t like single diners for some reason relating to tipping or something, but I’m long since unbothered by trying to second guess these things.

Anyway, when we arrived at the table it was dirty and she threw the menu on it whilst adding nothing more. I didn’t bother sitting down and walked out trying to attract as little attention as possible whilst doing so, hopefully with no-one noticing. 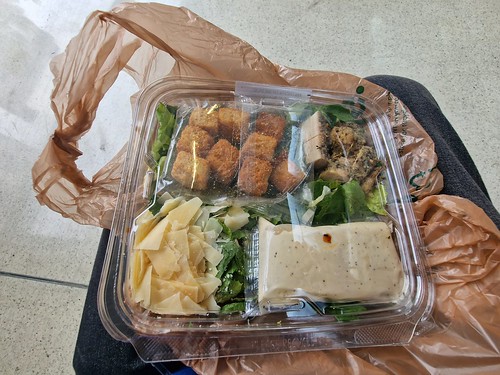 I instead went to Publix and got a Caesar salad ready for my train trip later that afternoon, I needed some sustenance given that it was the longest train journey I had ever taken at over 24 hours non-stop.