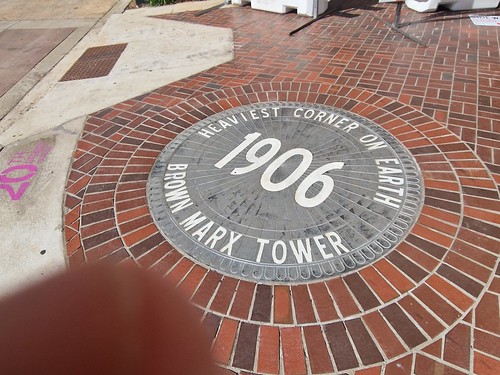 Look at my advanced photography skills here with my finger over the lens….. Unfortunately I didn’t feel entirely at ease in this part of the city, so I was protecting my phone to ensure it wasn’t taken, although I hadn’t intended to impact on the photo in this way. 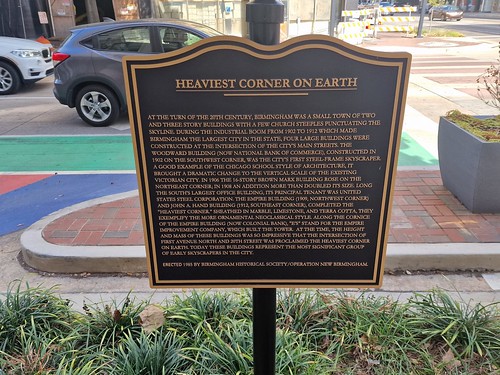 This information sign tells the story of how this corner of Birmingham got the name of being the ‘heaviest corner on earth’, but essentially it was because at the beginning of the twentieth century four skyscrapers were built on the each of the four corners of this junction. They were different times, ones of optimism as the city was fast growing with what looked like a promising and wealthy future. 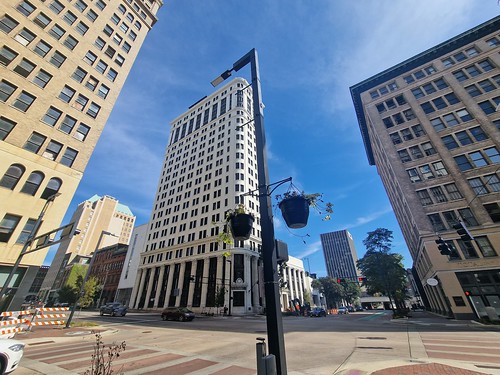 Although there are of course taller buildings in the city now, this remains one of the most built-up parts of Birmingham and not much has really changed here. The four buildings were listed as part of an historic district in July 1985, although this part of the city spoke to me of being from another age not just in terms of architecture and design, but also in terms of how people thought Birmingham would evolve.