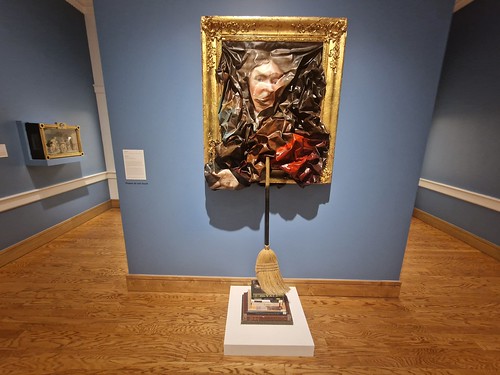 This is certainly different, it’s an artwork by Titus Kaphar from 2016 entitled ‘Unfit Frame’. The purpose of the artwork is to make the viewer think about how eighteenth century British art told the story of the time from the perspective of the wealthy landowners and business magnates. As the description by the artwork notes:

“The story of English art in the 1700s as told by the works in this gallery is lopsided. It masks an important aspect of British history by not referencing its colonies and its deep involvement in the human trafficking of enslaved people. In many instances, this created the wealth that allowed the people portrayed here to commission those works in the first place”.

This is inevitably true, only the wealthy could afford portraits to be painted and they were hardly likely to want to send artists to slave colonies somewhere else in the world. I’m probably quite woke, but I don’t see that as a bad thing, as I think that galleries have an obligation to try and tell a story and they shouldn’t be scared of that. Equally, I’m not sure that the idea some galleries have of trying to hide artworks is always entirely useful, it’s almost worse to tell no story at all as it’s not clear what that achieves. This artwork is prominently placed, it’s eye-catching and it comes with a clear and positive message. As an art gallery I was immensely impressed what they were doing in a general sense, so I wasn’t surprised to see them tackle this with equal competence. 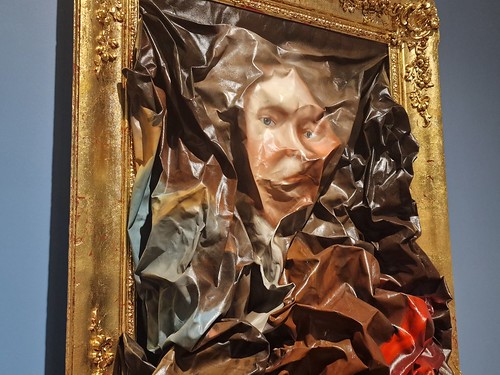 The imagery is of Elihu Yale (1649-1721) who the museum names as a British slave trader. I’m not knowledgeable enough about this, but this precise claim doesn’t appear to be the view of historians that I’ve read, although his wealth was linked to the slave trade so there is a very clear connection in that regard. Either way, I think it’s an interesting debate and encouraging people to discover more about how the slave trade worked and how it created wealth, along creating misery, is an important part of the story. Yale University is today named after him as he financed one of the early buildings that was part of the college. 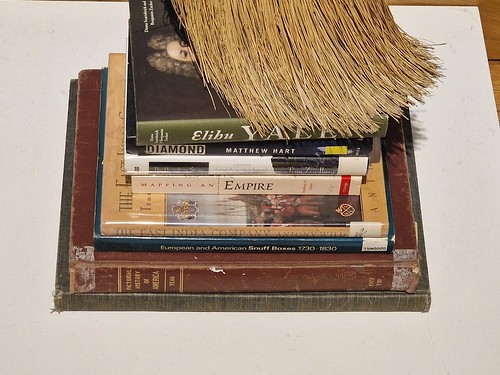 The broom in the artwork is meant to suggest how matters can be swept under the rug, with the books relating to Elihu Yale, slavery, empire and privilege. It’s one of those artworks which works on a number of levels, it’s interesting just to look at it, it has a depth of messaging to it and also I think inspires those who engage with it to find out more.