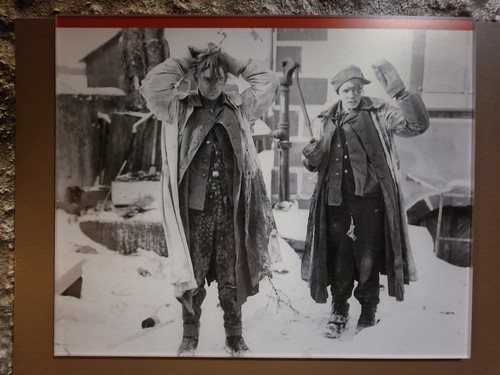 I hadn’t seen this photo on display at the National WWII Museum in New Orleans before, although a reverse image search shows that it’s of two young German soldiers who were fighting in Schillersdorf as part of Operation Northwind. The Germans has lost Strasbourg on 24 November 1944 and they had plans to retake it by the end of January 1945, but that didn’t go exactly how they planned. And soldiers like these young men here, who look like they’re aged about 15, had to bear the brunt of this futility in what look like freezing cold conditions. They were though in many ways likely quite fortunate as they likely survived as prisoners of war, whilst tens of thousands others died in the campaign.

And just when this madness looks like it might be finally never be repeated on the European mainland, along it all starts again….. This is one of the images that I remember from the museum, hence why I’ve posted about it here. The modern-day Massacre of the Innocents, whether destroying their bodies or their minds.