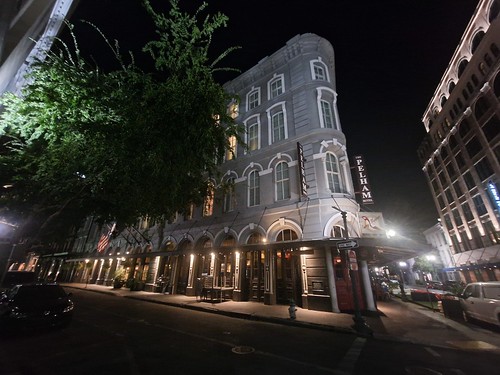 Other than for the airport hotel of the previous evening, I was only staying in New Orleans for the one evening so I didn’t want to traipse too far from the city centre, although the prices for hotels were getting a little expensive so what I wanted and what I was going to get didn’t necessarily collide. Fortunately, there was the compromise of a boutique hotel which seemed entirely acceptable with the limitation that the room didn’t have any windows. I can work with that though, it was well reviewed and seemed reasonable. 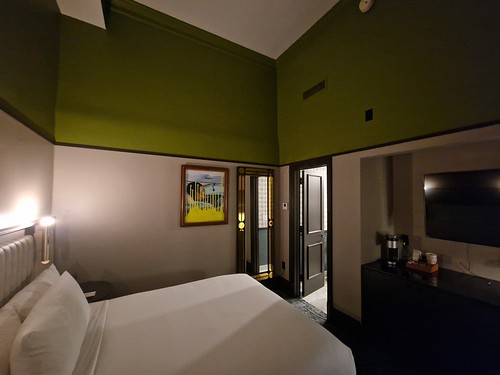 The high ceilings ensured that the room didn’t feel claustrophobic with the lack of windows and I was able to get the temperature down to a suitably chilled level. It felt more snug and cosy than in one of the Easy Hotel operations where they’ve put guests in a cupboard, although this was as bright as I could get the room as it wasn’t bestowed with an exotic array of lights. I’m not suggesting that they need to put spotlights pointing towards the bed, but preparing a coffee was mostly a procedure completed in the dark. 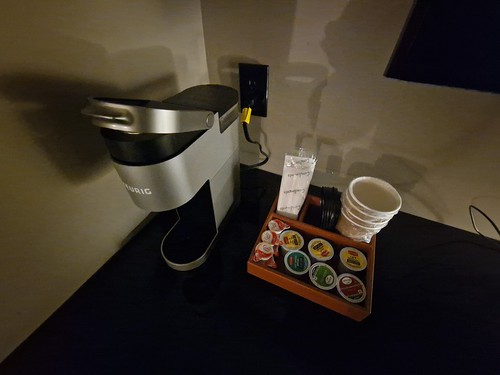 Plenty of hotels offer coffee pods to use in their machines, although I can’t recall having a tea pod before. I think I must have lived a sheltered life or something like that. 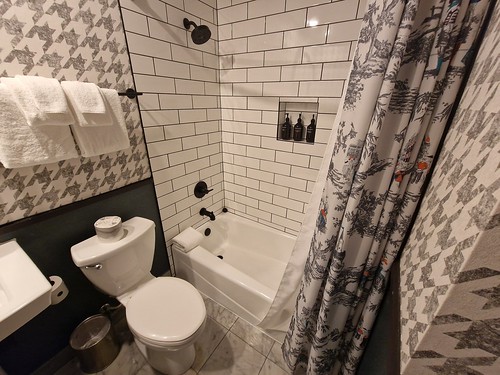 There were some decadent soaps and a sign noting that if any guest were to pinch them, or take them home to enjoy as hotels say, there was quite a price tag to them. I’m not an interior designer, but the hotel felt to me as if some considerable care, thought and indeed competence had been put into the design. I think they’re quite proud of what they’ve done and I’d say that was entirely reasonable. 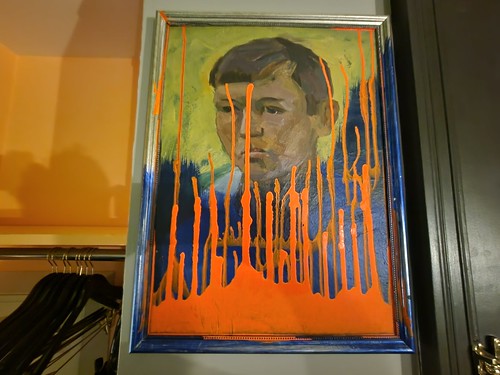 I’m not sure that I really understood the artwork, but it didn’t fill me with joy and delight. Perhaps I was being too excitable when praising the internal decor, this felt like flames engulfing a child. I accept that New Orleans does things very differently, but that’s excessive even for the voodoo capital of Louisiana. The hotel doesn’t offer breakfast, but there is a neighbouring outlet of the popular Ruby Slipper Cafe and there’s some tie-in available to ensure that guests can get a table. It all looked a bit expensive to me, but it’s a convenient option for guests.

The reviews for the hotel are generally positive, but I noted this one from a few weeks ago:

“The Desk Clerk does not secure the guest’s car keys at the front desk. I checked-in and handed my car keys to her for valet and went to my room. The desk clerk left my car keys unsupervised and on her desk. She left her desk and when she returned, the keys and the car were gone. Desk clerk did not call the police but did notify hotel security once I dialed 911 to report the car stolen. I had to ask for the valet charge to be removed and I still had to pay for my one night stay. Never Again.”

The element I felt most notable was the “I had to ask for the valet charge to be removed” which seems entirely reasonable since they managed to lose the entire car. I’m suspecting a problem with the valet arrangement given this review:

“Not only was the stay not well which I reviewed previously but I have now received a speeding ticket of $160 from one the cameras in town and a toll charge of $25 mailed to my house. The date and time of the ticket was when vallet from Pelham Hotel had possession of my car. I’ve attempted to reach out a few times but due to the recent hurricane still no responses back by phone or email. Words of advice is if you decide to stay there, park your own vehicle because their employees are not responsible!”

Anyway, I digress as I frequently do when reading on-line reviews. I found the hotel staff to be friendly and helpful, with no noise issues internally or externally although there seemed to be constant shrills of delight from ladies drinking cocktails when I walked through reception. This hotel forgot to cancel my deposit left by card and so I had to wait for it to fall off my card statement a month later, but to be fair I didn’t bother contacting them and just patiently waited. That was the only negative that I could really say about the hotel, I left in the morning being entirely satisfied with my choice of accommodation and it meant that I could walk to the Amtrak station for the next part of the journey.