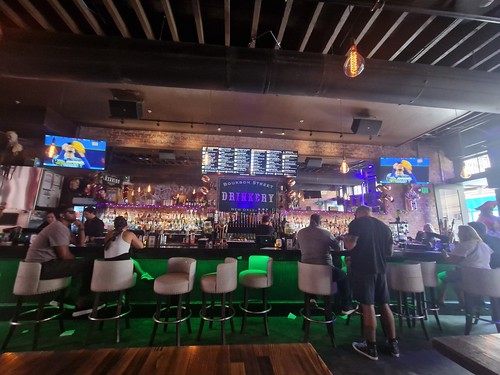 Excuse the lack of an outside photo, but for reasons relating to my last post there was no way that I was getting my phone out in the busy street. This bar is known for its craft beer and its live music, although it was the former that was tempting me having seen their Untappd options. It was busier when I entered, but I was served immediately and managed to order despite the music being louder than in venues that I’d usually visit. But it’s Bourbon Street, it would seem excessive to complain about noise on one of the country’s most infamous streets. 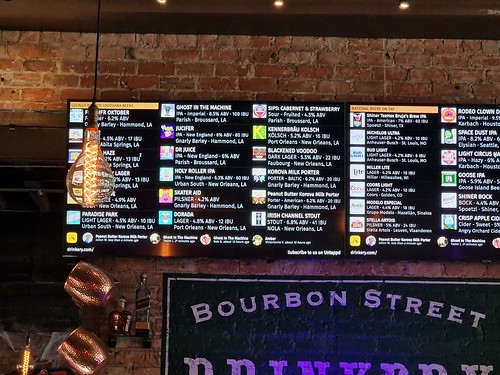 Their live beer list is on Untappd, but this was the selection when I was there and I can see that I took this photo just after tagging in a beer as my image (that I keep meaning to change) is visible on the bottom left. 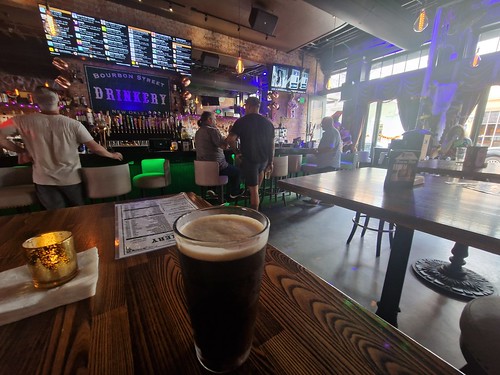 And so onto the beer, which I think was $9, or at least I just gave the barman $10 and left it at that, so it wasn’t the cheapest drink from my US travels. However, it was a glorious beer, the Peanut Butter Korova Milk Porter from Gnarly Barley Brewing. Peanut butter in a milk porter is one of my favourite things and it was also infused with some chocolate flavours, being rich and decadent. I savoured this one for some time and it was a calm place to just people watch with that glorious knowledge that I didn’t need to be anywhere and I was in no hurry. 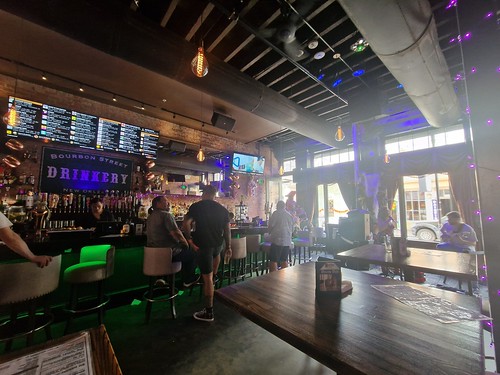 There’s the live music to my right and I understand that they not just have live music every evening, but also throughout the afternoon and early evening on a daily basis. That’s some commitment to music and it did add somewhat to the atmosphere, although it was a tough crowd and there wasn’t much applause or indeed interest in the performers. I imagine though that when live music is the normality in a venue that you forget to stop and applaud after every track, but it all felt quite authentic New Orleans. They’re proud of their toilets here, not something I know by visiting them, but because they frequently mention them in their response to on-line reviews. There’s something to be said for a busy bar in New Orleans focusing on their toilets. It’s absolutely right that they do, but it tells me something positive about the venue that they feel the need to highlight their pride in them. But that’s evident, if you pride yourself in the state of your toilets, on the cleanliness of the bar and the variety of live music, then such things as the beer selection and customer service are going to flow in the same direction and tide of excellence.

Not necessarily cheap but they weren’t applying any cover charge to be fair and I was only ever having one drink before heading to my hotel and it was a delightful beer, so I left content and pleased with my choice of bar. For what could be quite a tourist trap they seem to be managing a slick operation and making efforts to have some decent beers. This must be a tough gig to manage given the size of the venue, the number of customers and the seemingly quite complex variety of drinks available, whilst keeping very high reviews on Google. I was impressed, it’s worth the money and this is how I like to think of New Orleans, as opposed to the rather negative things that are happening all around outside of this bar.