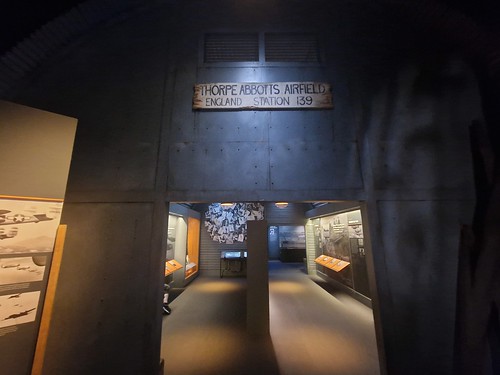 I’m not claiming that New Orleans is in some remote part of the world, but there’s always something exciting and homely seeing a reminder of Norfolk. I know nothing more about this sign, not least as the National WWII Museum seem to make limited effort to explain anything as recent posts may have noted, but I felt the need to reference the Norfolk links. Thorpe Abbotts Airfield, given the United States Army Air Forces (USAAF) reference number of 139, was built for the RAF in 1942, transferred to the USAAF in 1943 and ultimately remained in use until 1956. I hadn’t realised this, but although most of the airfield has been returned to other uses, the control tower is now home to the 100th Bomb Group Memorial Museum.

Back to this sign, I like to think that some brave pilot brought back this sign when the US air force went back to the United States in late 1945 and handed the airfield back to the RAF. A little bit of Norfolk in New Orleans and I rather like that and I must go to that museum at some point.