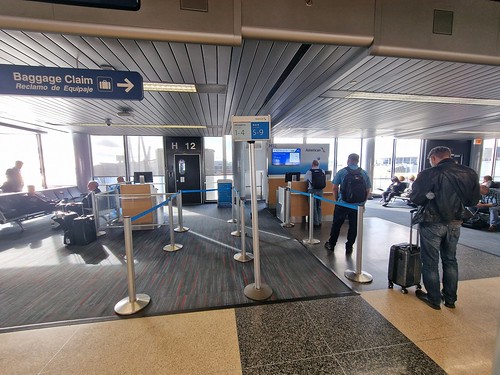 After a pleasant several hour long visit to the American Airlines Flagship Lounge I was pleased to note that the gate area for the flight to New Orleans was spacious and comfortable. The flight was leaving on time and was expected to get into New Orleans at just after 19:00 and as a spoiler, I’m pleased to say that it did with no delays. It had been a relaxing day and I thought quite productive (not just in terms of eating through their menu), but I was getting quite tired by this point despite my little nap in the lounge. 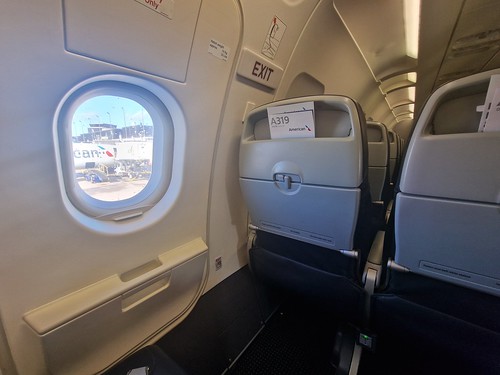 I was able to get an emergency exit row seat, although was sitting in the middle, which I had picked as I realised that there’s something called Main Cabin Extra on American Airlines that had nearly entirely passed me by. These are the seats with extra legroom and also free drinks, and this is an upgrade that can be paid for, but which also comes free with the Silver status that I had with British Airways at the time (now gone I’m sad to report…..). 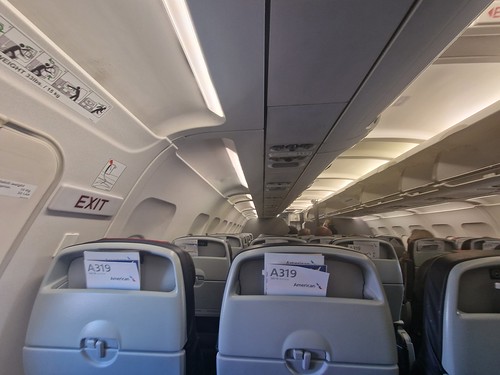 I boarded fairly early and put my bag into the overhead lockers, a process which is less time consuming than with British Airlines short-haul where it’s like watching a complex game of Jenga as bags are moved in and out. And there’s usually one passenger that tries to fit a bag into the overheads that simply cannot physically fit. It’s entertainment for a while watching the arrangement and seeing the exasperated, but yet ever so polite, looks of the cabin crew. Boarding on American Airlines was efficient and the crew were offering a positively upbeat welcome, it was all very agreeable. 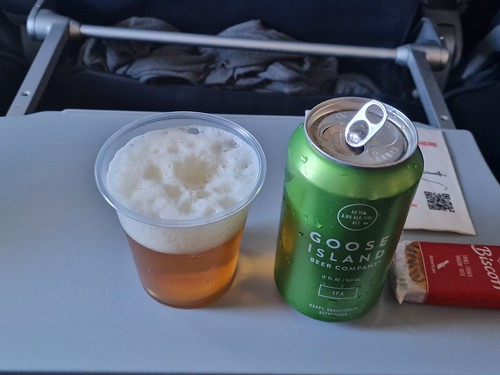 Despite having read up on the arrangement, I still wasn’t entirely sure what I could get on Main Cabin Extra and I was disappointed when the lady seated to the left of me ordered a water. I was hoping to see if she got her drink for free, but as she asked for water then that told me nothing. I asked the crew member if I could get an alcoholic drink and he said that was what I had paid extra for and I most certainly could. I picked the Goose Island IPA which gave me fond memories of my brewery tour in Chicago and that came with a little biscuit snack as well. The lady to my left then said she hadn’t realised she got a free drink, which the man on my right then repeated, leading to a confused crew member as to why three of us had paid for this upgrade that we didn’t understand. In reality, I suspect that the other two just wanted an emergency exit row seat, whereas I was just getting the best free seat that I could. 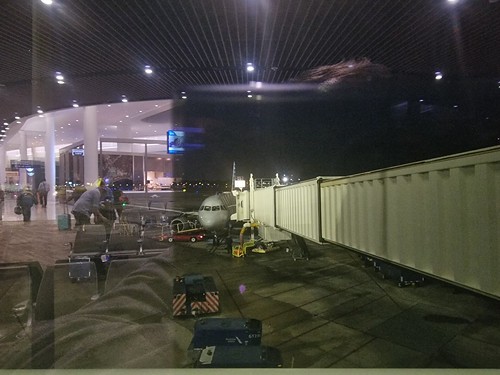 That’s the best photo that I could get of the A319 aircraft after disembarking. The air bridges make it difficult to get photos, at least with budget airlines they make you walk to the airport terminal which gives an opportunity to take a photo of the aircraft. 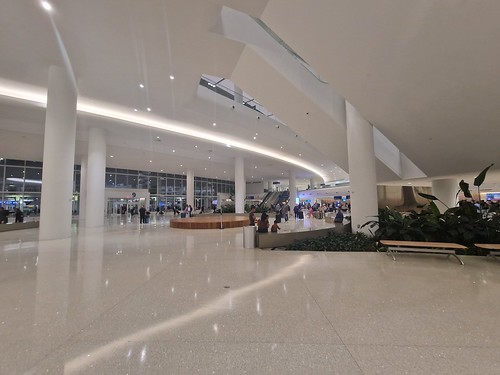 And safely into New Orleans airport. I was only planning to be here for two evenings and just one full day because I wanted to visit the national World War II museum. I had missed it on my previous trips to New Orleans as I didn’t have time, but I was determined on this occasion to not just visit, but to make sure that I had sufficient time to see everything. This was my third and final American Airlines flight of this trip and all of them met or exceeded my expectations.