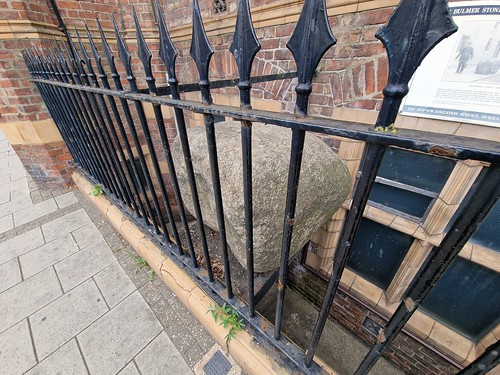 As some bonus footage, or whatever anyone would like to call it, I felt the need to mention the Bulmer Stone located on Northgate. This is named after Willy Bulmer, a former Borough Crier, who would shout the latest news and gossip out all about Darlington. Apparently it used to be said in the town that “no other town or city in the world has a more ancient monument in its midst”, which is certainly an aspirational statement for this rock. It’s a bit hidden away behind the railings, but to the town, it is an important lump of granite. I don’t think there’s any legend along the lines of “if the rock is stolen, then the town’s market falls down”, but perhaps there should be to add some extra intrigue to it. 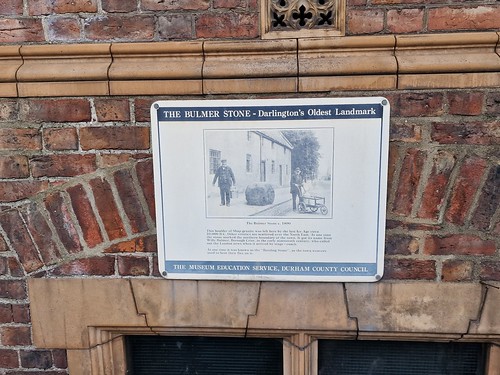 And the nearby information board. It’s recommended (by me) to have a quick look at it, but I wouldn’t take kids there for a day out or anything.

Sunday – A Short Perambulation around Darlington