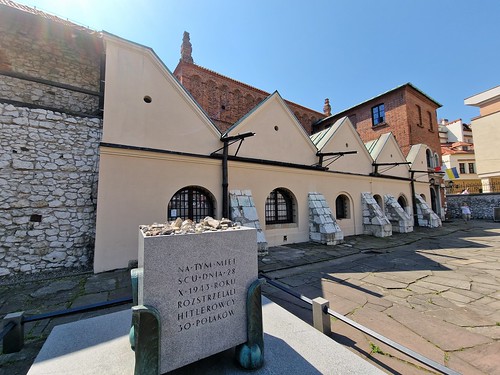 One advantage in a repeat visit to a city is that I’ve likely gone to nearly all the museums there already, so coming back lets me be more selective about the things that I want to see again. This is the city’s old synagogue, originally constructed in the later fifteenth century by Czech Jews who had been forced out as part of the Prague pogrom. The stone memorial in the foreground remembers the 30 Poles who were executed in front of the synagogue on 28 October 1943. 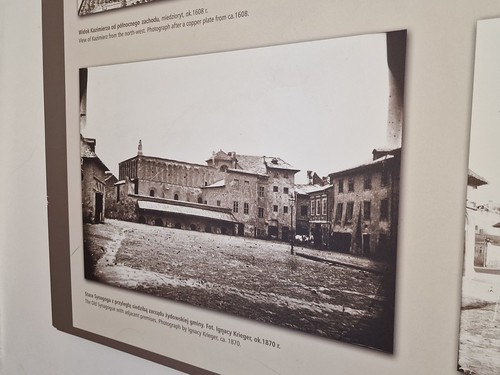 Like many of these buildings, they were altered and changed over the centuries, which was true of this synagogue which was destroyed by fire on numerous occasions. It had fallen into a state of some disrepair by the beginning of the twentieth century, but it was repaired in the 1920s. 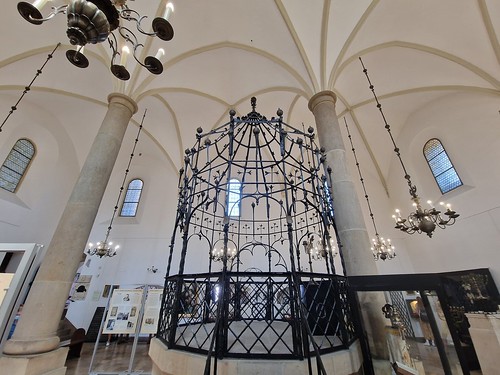 The interior and the Jewish bimah, the raised stage where the Torah is read and prayers are made. The Nazis trashed the building during the Second World War, leaving it effectively as a giant toilet with nearly everything inside destroyed or pinched by Hans Frank, who was executed following the Nuremberg Trials. Incidentally, Niklas Frank, the son of Hans, is still alive, although has condemned and tried to understand the evil that his father was involved with. 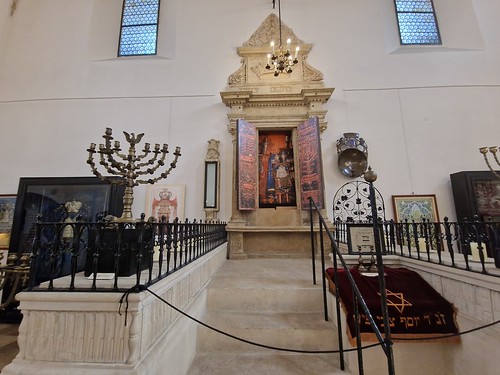 The interior of the synagogue was repaired in 1956 and the project was funded by the Polish Government, although it was intended to be used as a museum rather than for worship. It remains as a museum to this day and it seems to attracts a large number of visitors who want to see the building and find out more about the Jewish traditions. 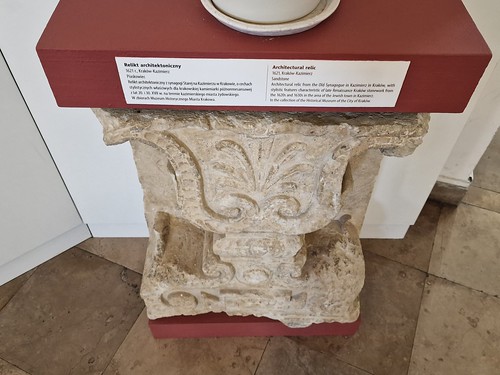 A remnant of the stone dating from 1621. 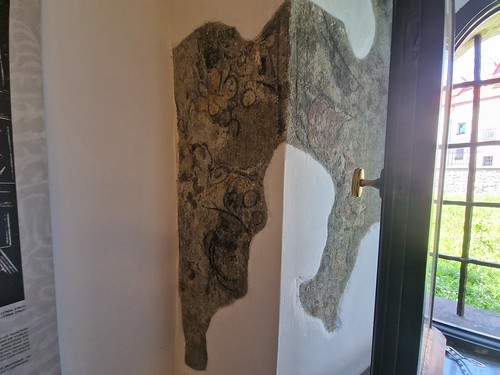 This is one of two areas where the original polychrome decoration has survived. 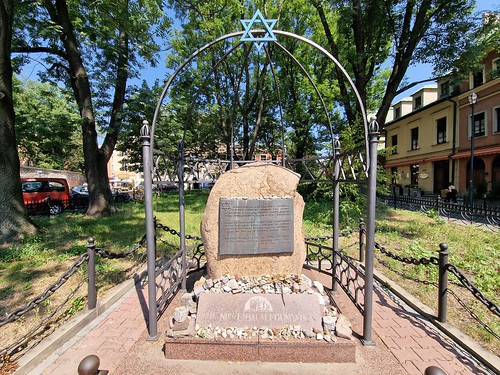 Outside is a memorial dedicated to the 65,000 Jews from Krakow who were killed during the Second World War. This synagogue is in Kazimierz, the suburb of Krakow where the Jewish community lived, although they weren’t in isolation, they lived alongside the ethnic Poles before 1939. The area is something of a tourist destination now and has a vibrant atmosphere, although the connection with the past feels like it’s becoming fainter. That’s not through a lack of effort from the synagogue or the Jewish community, but it all feels modern and so different from what it must have been like 100 years ago. Although, perhaps that’s the ideal given what has happened, a part of the city that is moving forwards but also remembers its past. But it’s hard to get away from the knowledge that the Jewish community in Krakow is today just 1,000 strong, wheras it was nearly 60,000 in 1931.