There was excitement in the air on Sunday 8 May 2022, as Norfolk & Suffolk LDWA had a new challenge event, the Rodent Wriggle. It takes its name as the event meanders around the River Rat, with three different distances available for entrants which were 13, 23 and 31 miles. We had around 180 people taking part across the different lengths, with the longest one being 50km in honour of the LDWA being 50 this year. The shorter distance was to encourage some people to enter who wanted to experience how the event worked, and we were pleased by their feedback. 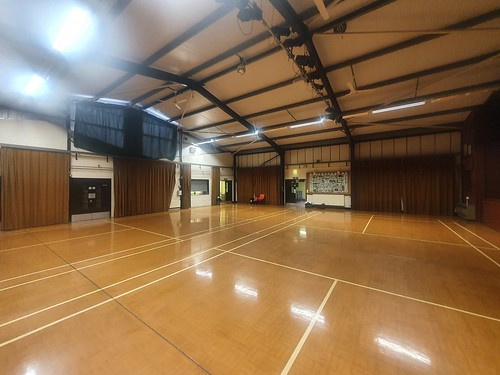 The calm before the storm. We arrived early at around 06:30 and it does feel odd being in such a quiet location in the knowledge that it will be absolutely packed within an hour or so with excited entrants getting a hot drink and biscuit before their adventure begins. 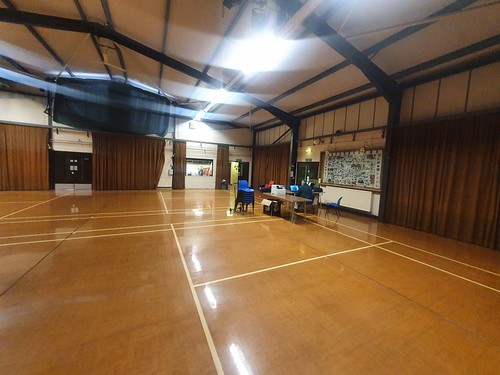 I had a little look around the village hill, whilst Richard was setting up. It’s important someone takes charge of proceedings and Richard was very useful support during the day when I was very busy. 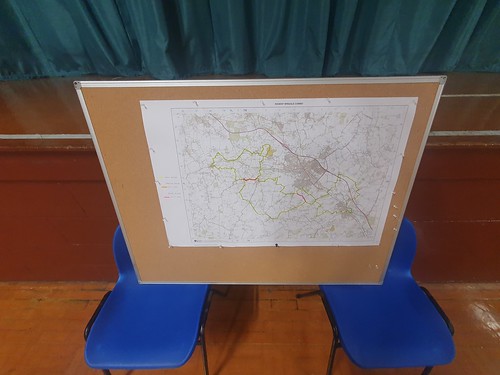 A map of the three different distances. For anyone interested in the exact routes, the GPX files and the route descriptions are at https://ldwa.org.uk/NorfolkAndSuffolk/W/1409/n-s-events.html. 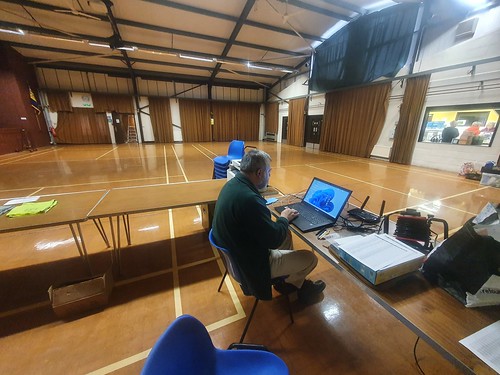 All ready in the technology corner. 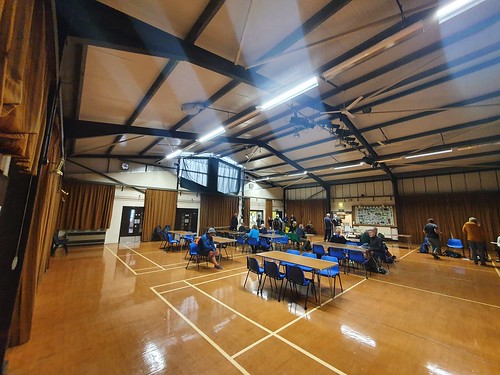 Waiting for the off. I have to mention here that I was at the registration desk all day there aren’t photos from me from around the event, and I was so rushed off my feet there aren’t that many from the hall either. 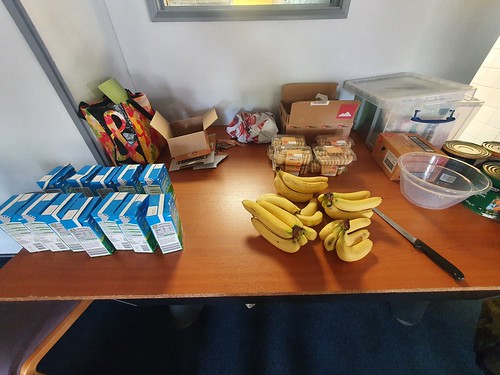 There’s a generous amount of food and drink available throughout the event at numerous checkpoints, all staffed by enthusiastic volunteers. The HQ seemed to acquire a heap of bananas and not many crisps, but I’m pleased to say that they did make their way to the end eventually.

Incidentally, I knew that there were crisps at a checkpoint as Peter put this on the organiser’s WhatsApp group to annoy me…. 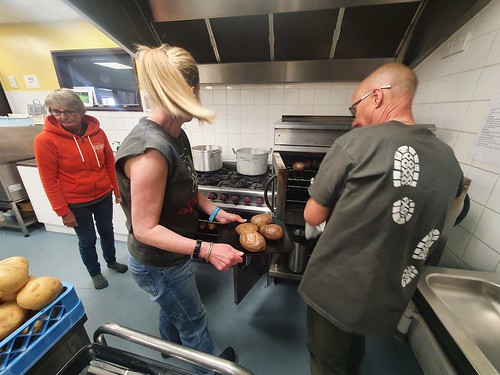 The meal for those completing the event was a jacket potato with a choice of toppings, along with a dessert option as well. I selflessly volunteered to test the first jacket potato in the morning that was put in to check the oven was working, which proved to be a handy breakfast to sustain me through to lunch. Incidentally, as the group’s official food tester, I don’t mind checking whether everything is up to standard (terms and conditions apply here, there are some things that I don’t bother testing, such as bananas).

Simon H (who took this photo) managed to professionally deal with the Rattlesden village fete rubber duck race which was on the route of the event, but his swift actions prevented a pile-up of tourists and walkers. That seemed to be the only little unexpected organisational challenge that we experienced, but we had plenty of highly trained marshals on the ground ready to deal with any other issues such as this. 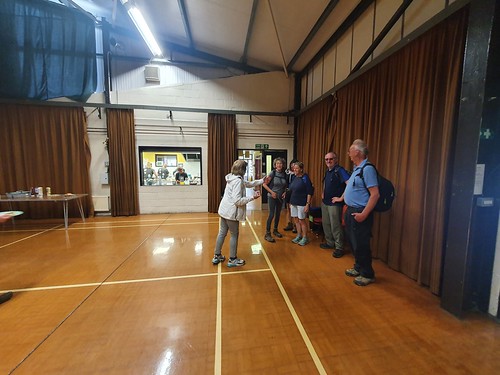 At the end of the event, this is Susanna taking control of the camera taking photos of the very brave entrants from Hike Norfolk. 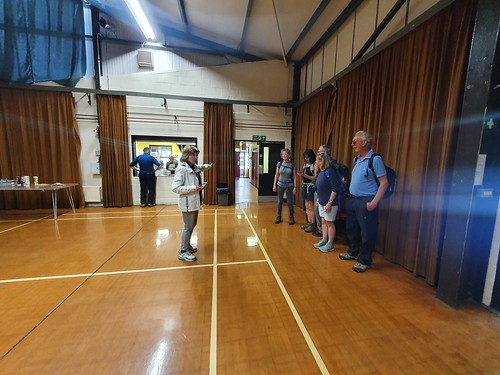 Like watching an artist at work with her ordering about  🙂  Here are Susan, Heather, Ian, Maggie and Graham, with Clive about to appear on the scene. They all completed the 23 mile distance, but I have to note the even more exceptional bravery from Sarah, Andy and Mel, who completed the 31 miles. I suspect Sarah will be in with a shot of winning the “bravest walker of the year” trophy at the Hike Norfolk Christmas meal, a very prestigious honour that is currently held by me (did I mention I walked 100 miles in 2021?). But, I’d better add that it’s all about enjoying the day, it’s not about the distance walked or the speed, it’s all a personal challenge (although walking 100 miles is particularly brave). 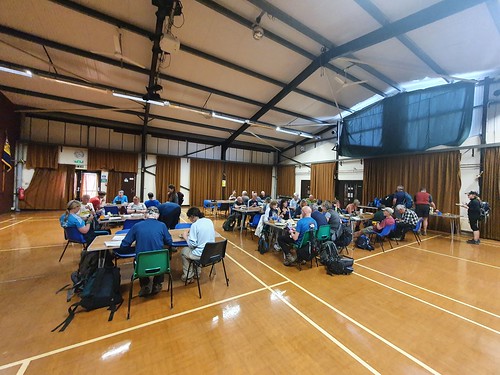 Back in and I know how delighted the organisers were with the feedback, and I’m hopeful that the event will be repeated given what entrants told us about their positive experiences of the event. Those who walked the longer distance got to see ten different churches, a really quite marvellous walk to see that much heritage. Some of the entrants mentioned to me that they’d found time to have a quick look around them all, or at least the churchyards, I was delighted to hear that. We also ensured that there weren’t too many hills, they can go off to South Wales if they want to climb mountains. 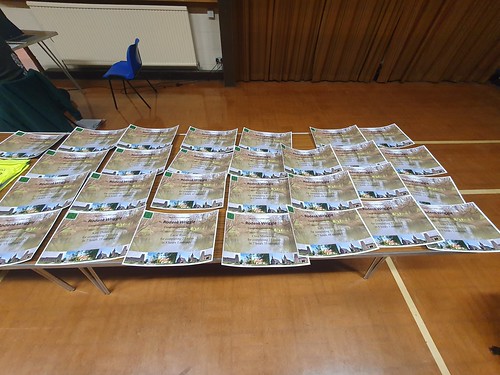 And everyone who completes the event gets a certificate as a permanent reminder of their brave adventure in Suffolk. Thanks of course to all of the volunteer marshals at the Rodent Wriggle, it wouldn’t have been possible to hold it without their help. But particular mention to Nicolas and Simon, who organised the entire event and planned the route, which is no small achievement. And Richard, who is getting ever better at the registration desk, and I think I’m ready to let him have more responsibilities at the next event, which will include moving the certificates from the printer to the tables.

For anyone interested in challenge events, give them a go, they’re a marvellous day out for not much money. Food and drink is provided, along with a route description and GPX, with numerous checkpoints along the way. We didn’t have any issues with anyone getting lost or going off-course, but there is back-up available if anyone needs help along the way. We have some shorter distances for those who want to get started and this is absolutely not a race, it’s just about enjoying the countryside. For those who want to walk with others, there’s lots of opportunities for that on the day, so it can be as social (or not) as an individual would like. More information about the LDWA is available at http://www.ldwa.org.uk/.