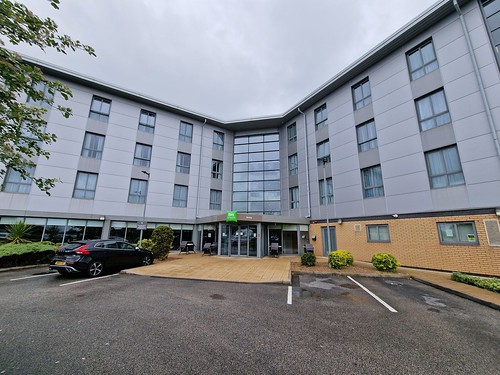 The LDWA 100 had seemed to go quickly, although the entrants might not say that, and it was the end of the Jubilee Bank Holiday so it was back to usual for me, which meant travelling about the place. I was heading to London, conscious that there was an underground strike which would make crossing the city just that bit more exciting when I got there. 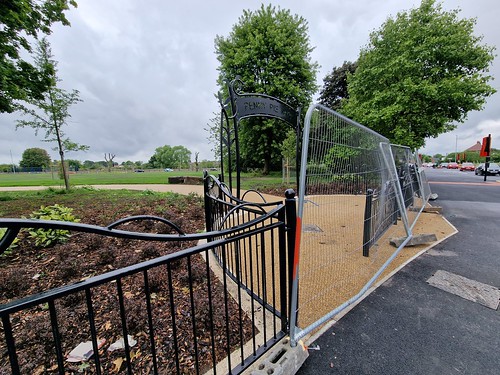 Penny Pie Park is about to reopen soon and this site has had an interesting history. It was a colliery in the mid-nineteenth century, then brickworks were built there and those buildings remained until the post-war period. Then they were demolished and the local authorities dumped a load of refuse into the holes to fill them up, then it became a green space. As the road network nearby has been reworked, they’ve taken this opportunity to develop the park and they’ve been busy moving the trees about the site. They now have 243 trees, which is an increase of four. That doesn’t sound very aspirational to me in terms of increasing the amount of foliage, but there we go. The park wasn’t open when I walked by, but as can be seen, it wasn’t far off and I’m surprised some of the local hoodlums haven’t pulled that fencing down. 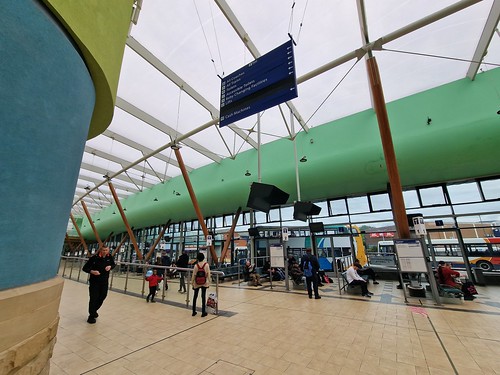 After walking back into Barnsley (again) from the hotel, I popped into the library for a while to use their electricity. I had thought about going into the Toby Carvery next to the hotel for another unlimited breakfast, but I overdosed on bacon and salt last time, so decided against it. My train journey was from Barnsley station, which is part of the integrated bus and rail interchange. 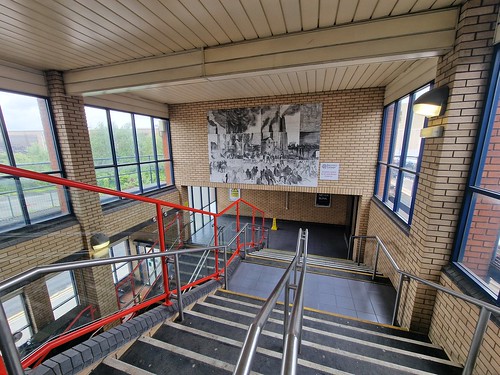 Welcome to Barnsley with some vibrant artwork. 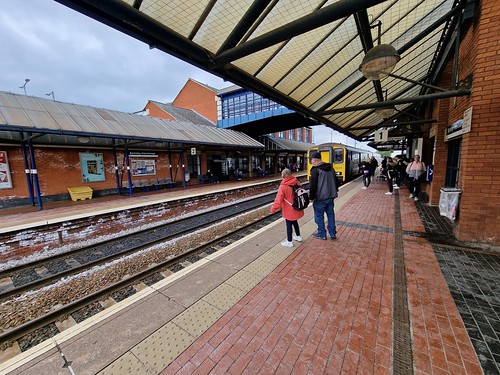 I had two trains as part of my journey, the first to Peterborough and everything was going to plan timewise. 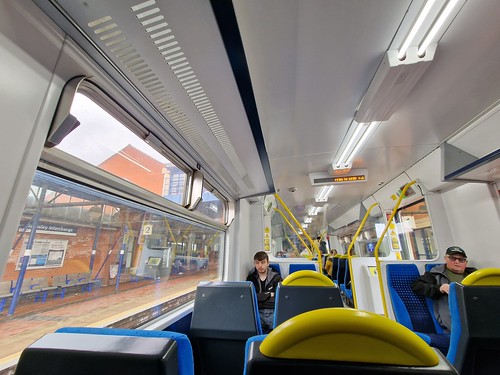 Not particularly busy, the colours remind me of a Ryanair aircraft, but the guard didn’t try and sell me lottery tickets. 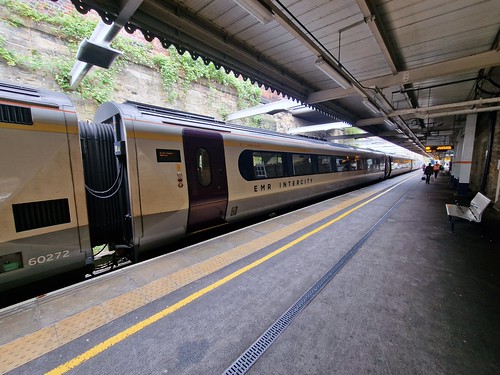 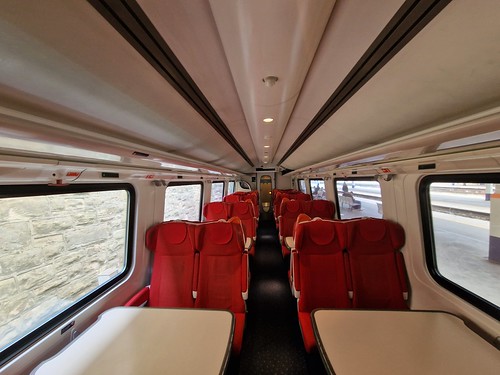 As can be seen here, I was able to find an empty seat. 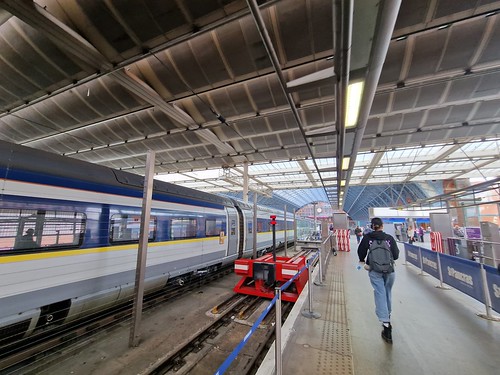 Into St. Pancras railway station in London on time. I was annoyed that they’d shut the front of the railway station because of the underground strike, I don’t know why they felt the need to do that, they could have just closed the entrance to the underground network itself. I noticed someone joined the queue to board Eurostar thinking it was the taxi queue, but fortunately he checked before accidentally arriving in Paris or something. 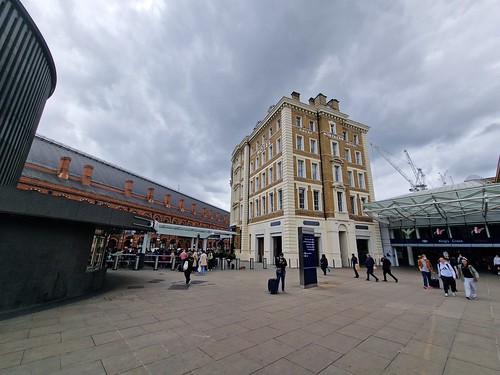 There was though quite a long queue for taxis, the drivers do well out of these strikes. 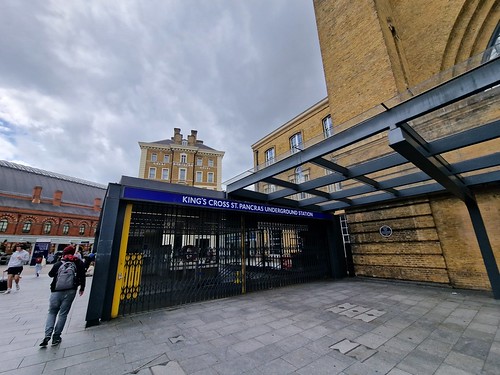 The strike did reduce my options to get to Ealing somewhat, with absolutely no services from King’s Cross. 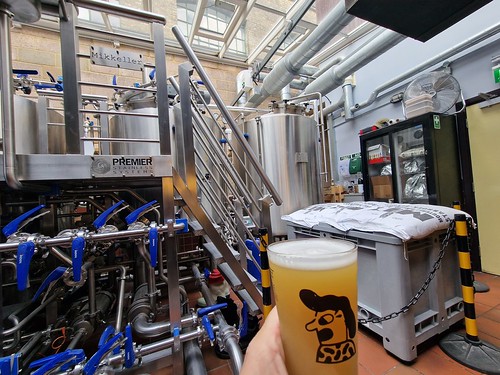 So, I remained calm and resourceful and I went to Mikkeller bar to think what I should do. This is the All Day Haze which Mikkeller brew here, a very acceptable Double IPA with a depth of flavour and a not inconsiderable 8.4% ABV. 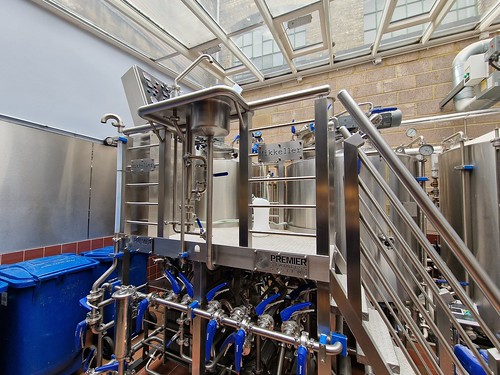 I’ve never really noticed their brewing equipment at the back at the bar, so I went to sit by it. I’d add there were tables here, I didn’t just sit randomly in their way. Although I could have lingered for hours, I thought one drink was enough as I wasn’t sure how busy the public transport options would be. 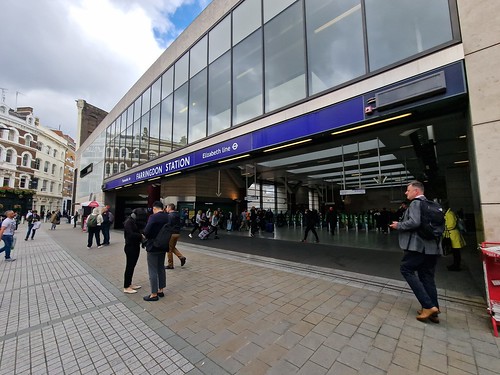 And with my plan developed whilst in the pub, I decided that I would walk to Farringdon’s Crossrail station as that line was still operating. 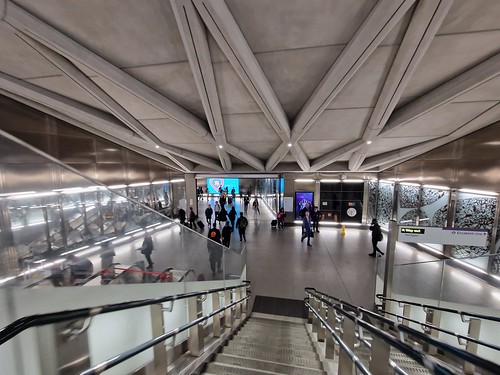 And my first time in the Crossrail part of the station at Farringdon. 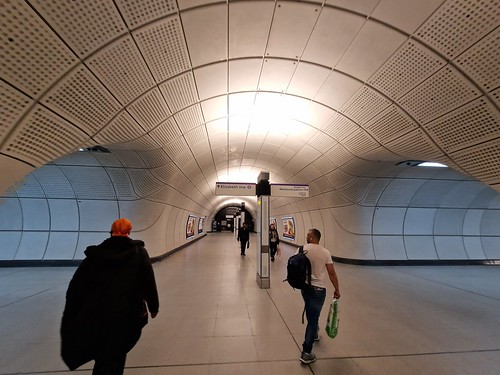 I think it was also my first time on the central section of Crossrail, or the Elizabeth Line, which now all joins up to form a complete line, but for the next few months it’s still necessary to change trains at Paddington and Liverpool Street. It’s not ideal, but they’re getting there. 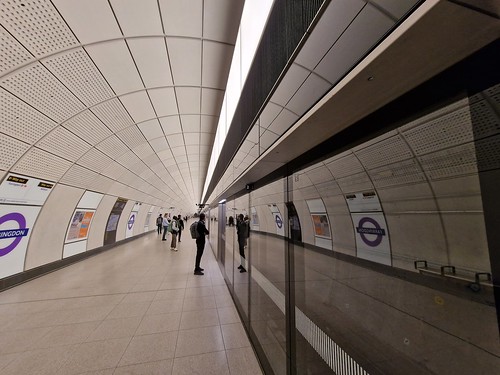 Very nice, platform edge doors have been put in here, just like on the central section of the Jubilee Line. 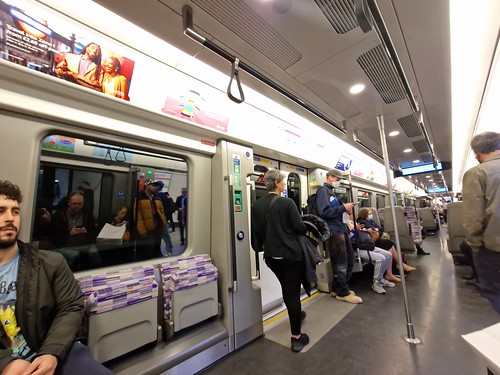 The section of the journey to Paddington wasn’t particularly busy, but these services are frequent at around every ten minutes and they’re long trains so have plenty of space. 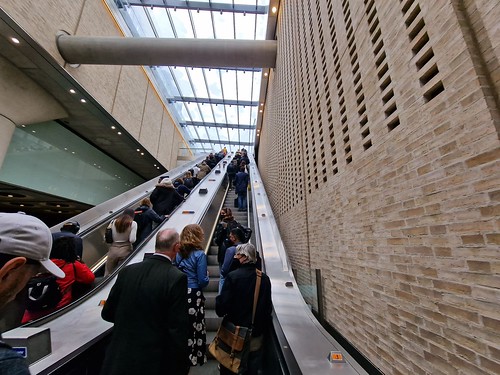 This is a bit of a faff with the current set-up, as it’s necessary to leave Paddington station, walk through the concourse, towards the back and then connect with where the other part of the Crossrail service is. The part of the journey from Paddington to Ealing was much busier, although I was just able to get a seat, but thought it was a bit packed to take a photo. 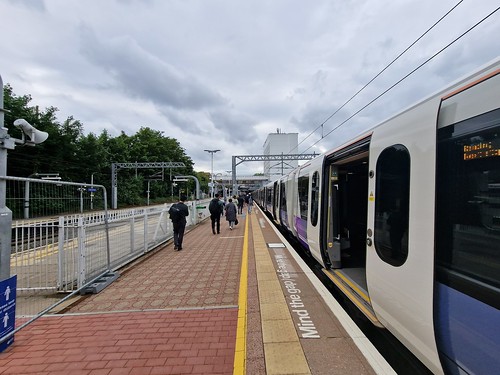 Although I’m not entirely sure that I needed a seat, it’s only one stop to Ealing from Paddington. This Crossrail thing certainly speeds things up somewhat. And it was fortunate for me on this journey that the Crossrail drivers hadn’t also gone on strike, as otherwise it would have taken me three bus trips to get to Ealing, which would have been quite a trek. 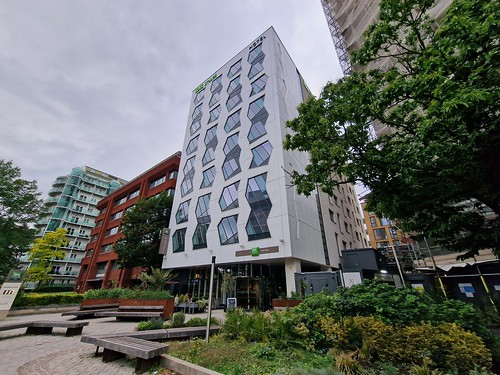 I was staying at Ibis Styles Ealing for the first time, a rather attractive building about a ten-minute walk from the railway station. 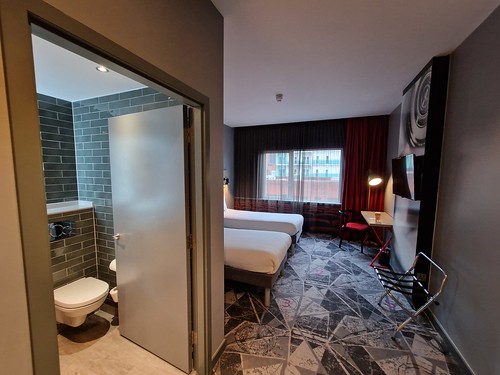 There’s a movie theme across the hotel, which is one of the better Ibis Styles designs that I’ve seen. All clean and comfortable, with nothing for me to feel the need to complain about here. 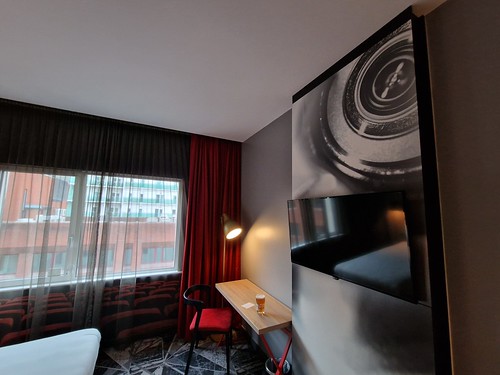 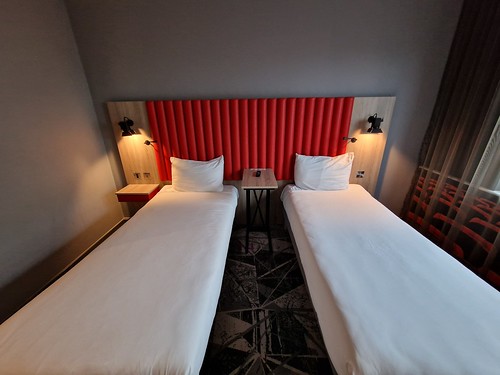 Spot the movie related design items in the photos. I can’t remember why I booked a twin, but it was probably 20p cheaper or something. 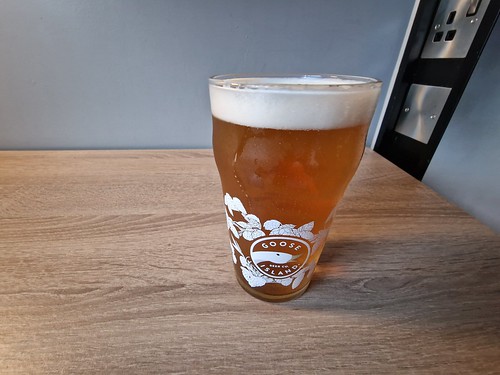 My welcome drink, which was the Goose Island IPA, which is something else which is always acceptable to me. It sounds like I’m getting easier to please, but there are some grumbles coming up with some other hotels, so I hope no-one thinks I’m tolerating anything less than what I perceive to be perfection (and what some others would consider to be petty comments). 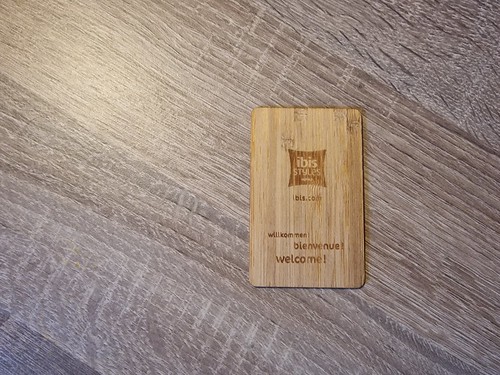 This is a nice environmental idea, avoiding the need for a plastic keycard. 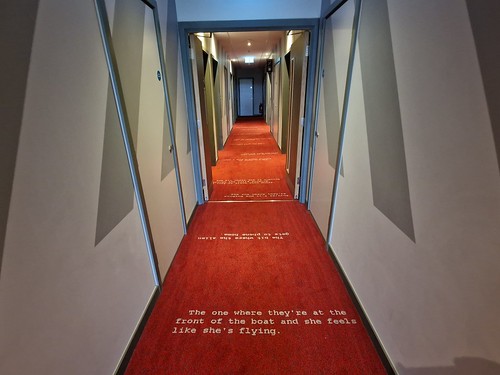 They’ve put some real effort into this design and the welcome at the front desk was also friendly. The hotel seemed to have decent sound proofing as it felt like it was empty, but I noticed the next morning that it clearly wasn’t given the number of guests at breakfast. With that, it was time to spend some time getting work done that I’d neglected a little over the weekend, pleased that I had managed to tackle a public transport system which was partly on strike. And thank goodness for the Elizabeth Line.