My Good Beer Guide pub for the day is the Old No 7 in Barnsley, mostly offering beers from Acorn Brewery which isn’t entirely surprising as it’s their pub. I’ve had most of the brewery’s core range of beers before and they make some interesting stouts and porters. The interior of the pub and there’s a downstairs area which is open on Friday and Saturday evenings. It wasn’t particularly busy during my visit, although it was a Thursday afternoon so that wasn’t an entire surprise. What appears to be a partial list of beers that are available and there’s also a “coming soon” board nearby. The bar allows customers to be seated in front of the pump clips and I only realised after ordering there was another beer there I would have ordered, but I saw it too late. I’ve been used to the Covid period of being able to see all the beers which are available, now I fear we’ll be in a period where they’ll be obscured again. The beer that I did order was really very good indeed, the Chocolate and Fudge Stout Detectives from 4T’s Brewery, a micro brewery from Warrington. A very rich flavour of fudge, chocolate and other decadent dessert items, although a slightly weak aftertaste, but still a very enjoyable beer and I’d order this again.

The service was efficient and I can see why this pub is in the Good Beer Guide, and it additionally also often wins the CAMRA branch pub of the year. I felt that the environment was just slightly sterile, but the range of beers was excellent and I very much enjoyed the one that I had. I think I’d have liked it more if it was set up as a tap room arrangement, but everything was clean and tidy and I have no complaints about the offering. Oh, and the scampi fries were delicious. 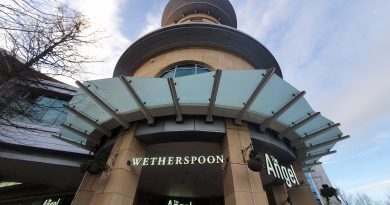 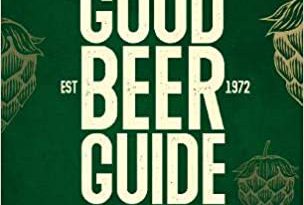