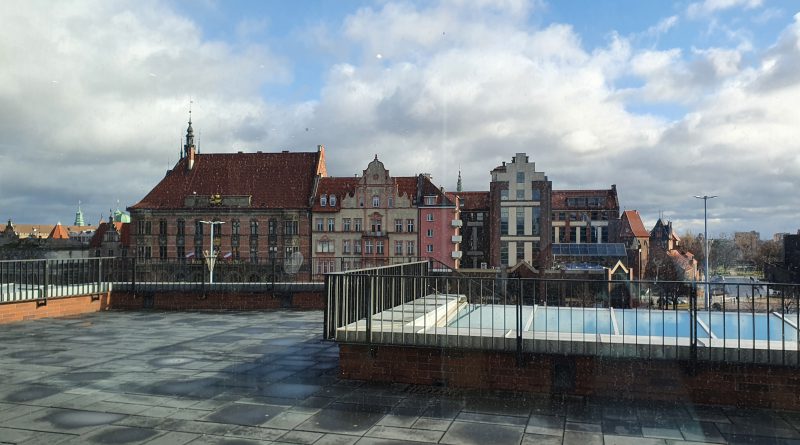 One of the advantages in my having been to Gdansk numerous times before is that I’ve visited just about all the museums and historic sites, so my stay is now much more leisurely without rushing around trying to complete the cultural opportunities. I’m running out of independent cafes and restaurants to visit now as well, although I’m pleased to see Gdansk’s vibrancy means that more are opening up. And with that spare time from not rushing about, I decided to try another chain that has been growing in popularity in Poland, but which I haven’t visited before. It’s located within the Forum shopping centre and the above photo is the view from their outside area.

It’s a Swedish chain which was founded in 1968 and which started to expand to other countries over the last decade. There are currently 16 Max Burger outlets in Poland and more of them are planned. The set-up inside, with numerous self-service machines to the left just out of my photo and the counter ordering and pick-up visible above. It’s a large outlet, all bright and clean with plenty of space to wait and not get in the way of other customers. The relatively extensive views of Gdansk from the windows, they’ve got a prime position here within the shopping centre. Opposite the frontage of this burger restaurant is the rest of the food court which has shared seating, so I imagine this set-up is quite an expensive one for the company. This photo isn’t really of the huge pillar, although I accept that is in the centre….. I just liked the variety of seating types that they have inside, including the raised tables. During my visit at least it was a quiet environment which didn’t feel rushed or stressed. They’ve also got power points dotted around the place, which is another sign of a restaurant that doesn’t feel the need to have the sort of Five Guys set-up where the harsh design of the interior almost feels designed to get customers out as quickly as possible. And the meal itself, I just went for their classic burger set and the cost of this is about the same as a Big Mac meal at McDonald’s, so they’re quite price competitive. The burger was meaty and juicy, the onion and gherkin adding texture and taste, with the cheese hard to notice but I’m sure contributed to the flavour. The drink was just Fanta, but the star of this little show was definitely the fries. These were better than those from their main rivals of Burger King and McDonald’s, thin, crispy and with quite a pleasant bite to them.

The venue is fairly well reviewed on-line, it seems that most of the negatives relate to the waiting times, although my food was ready within three minutes. It seemingly gets busy usually, although on the Saturday lunchtime that I visited it was fairly quiet. Given that the price point is competitive with McDonald’s, I can see that this chain will become more popular given that it’s something different and I’d say the standard is high and the restaurant seemed clean and organised. Admittedly it’s not fine dining (well, I think it is, but I accept no-one else does), but I’m pleased that I popped in…… 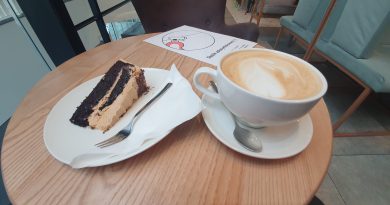