This is the sister pub to the Cambridge Blue and it’s listed in the Good Beer Guide, although I wasn’t aware of it until Nathan suggested that we pop in during our little pub crawl in the city. It was formerly known as the Man on the Moon but was changed to the Blue Moon to maintain some name continuity, but also to have a link to its sister venue. Decent selection of beers there across a range of beer styles, although it’s not the neatest written board that I’ve seen. It all felt modern and on-trend, aimed I think at a younger audience (as in students, not children) and it seems to be hitting that mark well since it won the Cambridge & District CAMRA Young Members pub of the year award in 2020. The Olla Coffee & Cinnamon Milk Stout from Ampersand Brew Co from Diss, this was a suitably decadent Christmas drink which was smooth and had a nice flavour of cinnamon. I haven’t seen the Salty Dog range of crisps before and they were complemented the stout well, although I would have preferred some Wotsits if I’m being honest. The Baron Broadbay from Howling Hops, this is a barrel aged whisky sour and there was no hiding from the Laphroaig Scotch Whisky taste. An interesting beer which I liked, but it didn’t take many prisoners. I think I needed a pork pie to go with this to balance out the flavours.

I very much liked this pub, it had a relaxed and comfortable vibe, whilst also having a well balanced beer menu with numerous different styles. There’s usually a food menu of pizzas, there are frequent tap takeovers and the staff were friendly and keen to help. All really rather lovely and I’d happily come back here again. Definitely a worthy entrant into the Good Beer Guide. 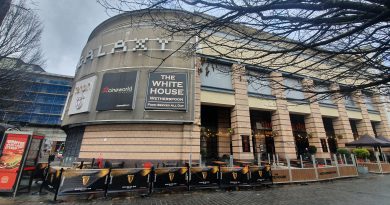