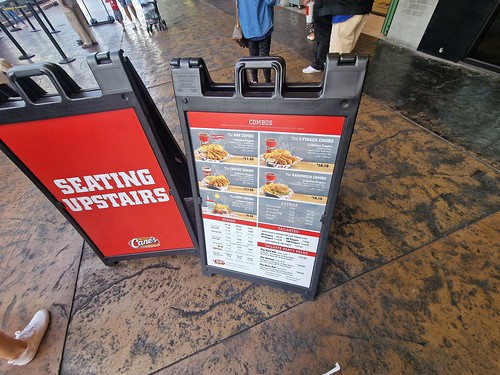 KFC in the United States are mounting the best fight that they can against the growing number of rivals that they’re facing, not least Popeye’s, Jollibee, Chick-fil-A and also Raising Cane’s Chicken. In the UK, I rather suspect the KFC chain is doomed to a slow death, that’s perhaps evident from looking at the Google Review scores from their new restaurant in Beccles where they’ve plummeted to a rating of 2.1. It’s nearly impossible to get a score that low, I assume there’s some factor where they’re deliberately running down the venue. Others in Norfolk aren’t rated much higher, it’s all apparent that the public have lost respect for the chain and I can’t recall the last time I went to a KFC in the UK as their standards are so consistently low. It’s fair to say that I don’t set the bar that high with fast food either. Anyway, I mention this as these growing chains are so much better that they’ll likely be able to take a big chunk out of the KFC market in the UK if they arrive over here. Well, Chick-fil-A won’t be back due to other ethical reasons, but I hope to see Raising Cane’s Chicken making the jump at some stage. As for Raising Cane’s, they’ve gone from 360 restaurants to 2018 to over 650 today and their expansion seems fast.

I fear that I’m going too far down the food debate argument, so here’s a video for anyone interested in this theory that KFC is on a decline in the US that it won’t be able to turn around. 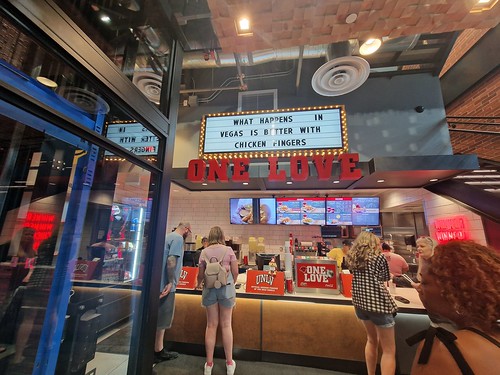 Modern and on-trend, the staff members were friendly, personable and merrily explaining the menu to every customer. Although this isn’t their first venue in Las Vegas (indeed I’ve visited one before), it’s I think their first flagship location here and it only opened a few weeks before I visited. 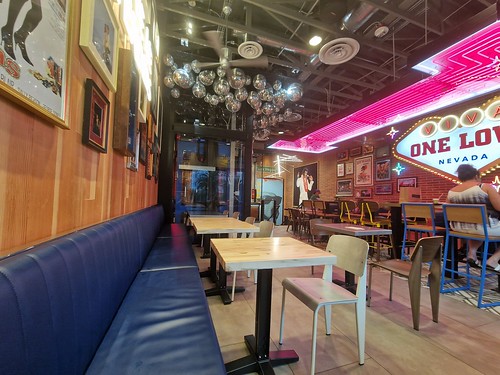 There was plenty of space upstairs and it was spotlessly clean and all looked smart and organised. There’s a sense of class to this operation and the dining area has more of a restaurant feel than a fast food ambience. 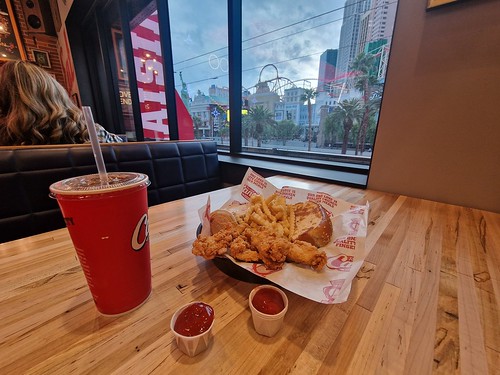 With the view of New York New York casino out of the window, it was possible to people watch those walking down the Strip. As for the food, well, it was suitably decadent. Tender and moist chicken with a crunchy but not hard coating, Texas toast (effectively just double sized toast which is grilled with a garlic top) that was enjoyable to eat, coleslaw and their house dip, alongside some crinkle cut chips. As for ratings since I started off on that road, it’s sitting currently on 4.7 on Google, as high as a venue is likely to get.